A conversation with Peter Schmitt about the Hennepin redesign

I chatted with the Hennepin for People community member during the Holiday Bike Ride on Dec. 18. 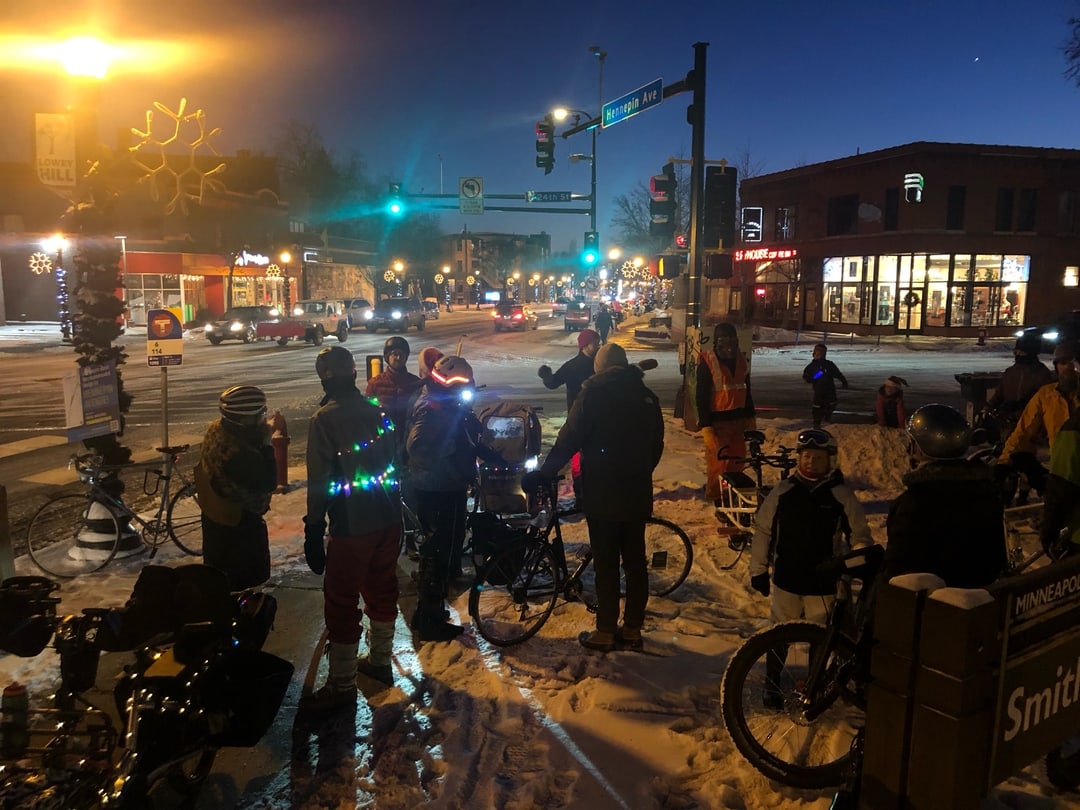 It was an exceptionally cold evening when I met up with the Holiday Bike Ride at Smith Triangle Park. I said hello to Peter Schmitt right away, mostly because he had holiday lights wrapped around him. I was jealous.

We ended up chatting about reactions to the redesign during the icy, 45-minute ride that started on Hennepin Ave., looped through downtown and finished at Holidazzle in Loring Park.

Schmitt is a Minneapolis resident, frequents businesses on Hennepin, and does not own a car. He supports the Hennepin final redesign layout, released by Minneapolis Public Works on Dec. 7.

City staff are planning to send the design over to City Council for approval by April 2022. Public Works chose its final design layout after publicly presenting ten layout suggestions and receiving public feedback.

There was “more engagement on the Hennepin project than any others,” Schmitt said.

This redesign is already four years in the making. Schmitt went to the first Hennepin redesign open house in 2018. Now he is a community member with Hennepin for People, an organization that has been advocating for a less car-centric Hennepin.

We talked a lot about the public’s reaction to the redesign plan, noting that the loudest opponents of the design are small business owners on Hennepin Ave. South. The business owners are worried that the loss of parking in front of their storefronts will result in a loss of business.

The hyper focus on losing parking in front of some businesses seems to confound Schmitt. People who walk, roll or take transit to businesses “are customers too,” Schmitt said.

The Hennepin for People website has a collection of academic studies that show increasing bike, bus and pedestrian access to businesses increases economic vitality.

“Everyone wants a thriving business,” Schmitt said, gesturing to the blocks of businesses that line Hennepin Ave. “We are patronizing these businesses because we want them here.” To his point, Schmitt told me earlier that he purchased his wearable holiday lights at the Ace Hardware on Hennepin Ave.

“We just want businesses to succeed in a way where we have a planet,” Schmitt said.

Climate change is a core reason for Schmitt’s dedication to what is known as Complete Streets policies. These policies support street redesigns that are equitably safe and accessible for all forms of mobility. This includes pedestrians, transit users, bicyclists and other rolling forms of transportation (i.e. mobility scooters, wheelchairs, skateboards, strollers). Complete Street policies focus less on cars because vehicles are disproportionately privileged in most street design.

“Trips under three, four, five miles should be easily accessible without a car,” Schmitt argued.

The Minneapolis City Council has adopted both a Complete Streets policy and the Transportation Action Plan. Both are rooted in encouraging environmentally-friendly modes of transportation. According to the City website, TAP “identifies transportation as a critical component to increase equity, address climate change, reduce carbon emissions, improve human health through improved air quality and increased active travel.”

The Hennepin redesign, in many ways, is also about fixing issues happening on Hennepin now. “The city’s own Vision Zero crash study shows it to be a high-injury street that poses great risk to everyone who uses it, no matter how they’re traveling,” Schmitt said.

The redesign is also a reflection of numerous policies approved by the City Council that address inequities in health and environmental concerns. Historically in our city, these go hand in hand.

As my chat with Schmitt wound down at Loring Park, we talked less about the demise of our planet and more about German food and the different iterations of Holidazzle. Ride organizer Philip Schwartz welcomed us to Holidazzle and announced that he will not be organizing rides until spring but encourages others to still gather and ride at 5 p.m., the third Friday of each month, at Smith Triangle Park.

After I said my goodbyes to Schwartz and Schmitt, I parked my bike and scurried over to the brightly lit Yeti, designed by Christopher Lutter-Gardella. 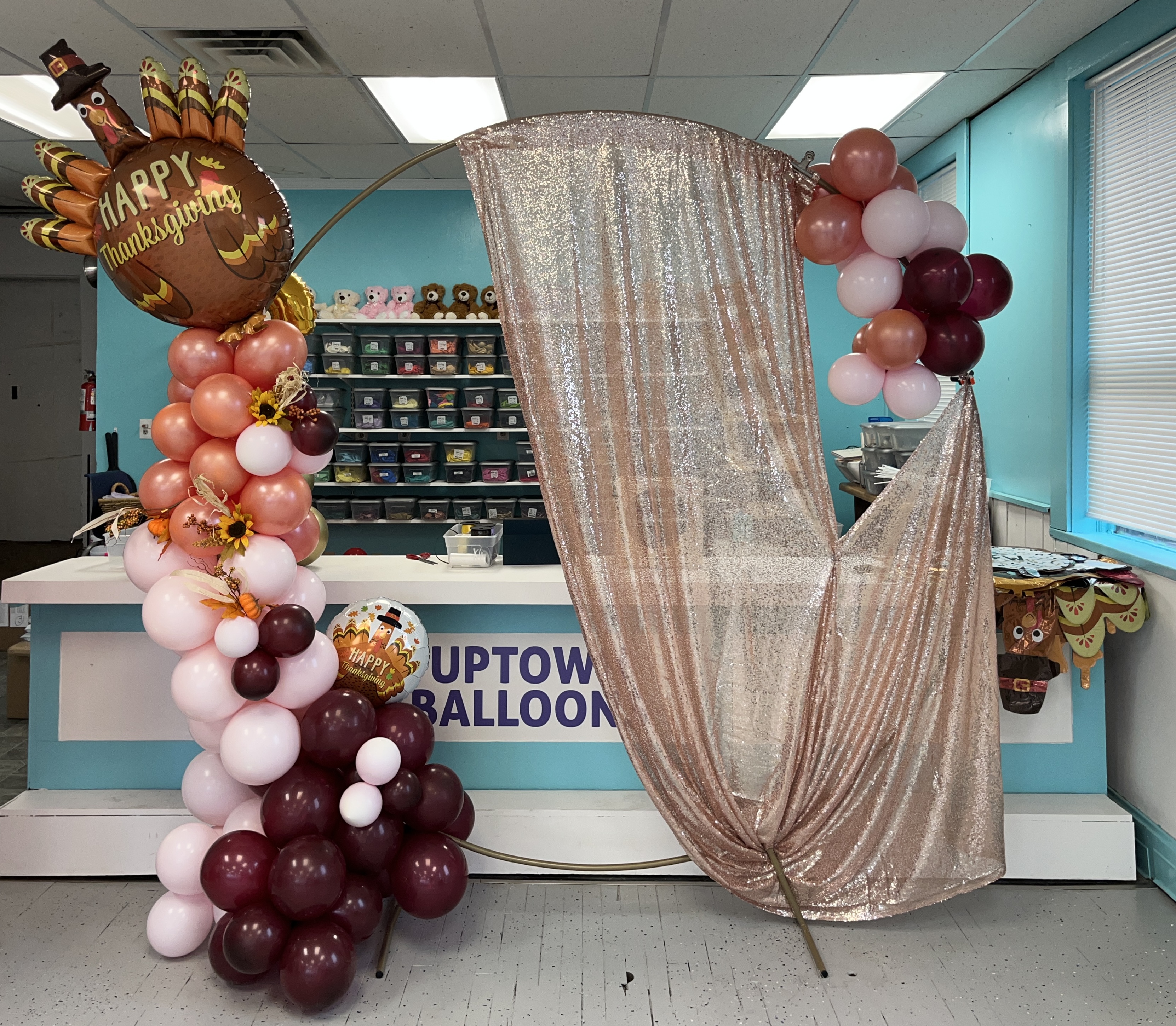 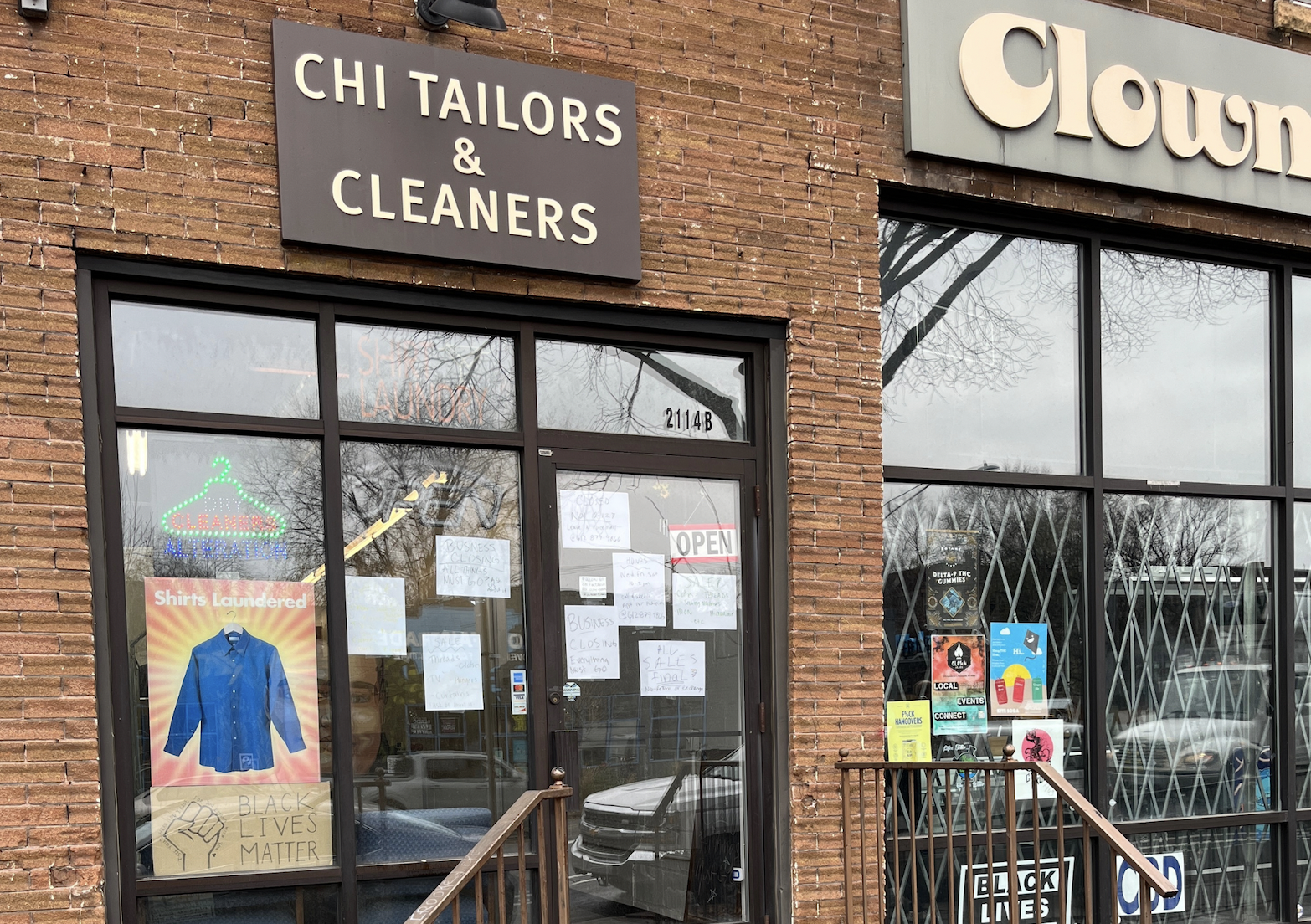