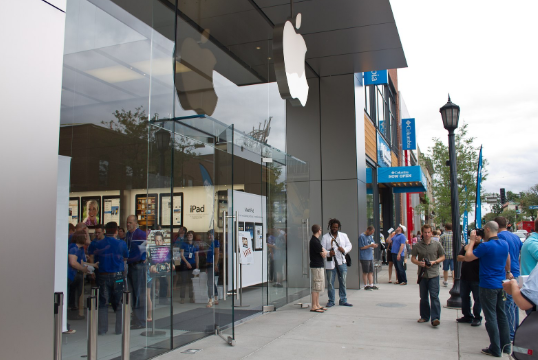 “Everybody’s going Uptown; that’s where I wanna be/Uptown, set your mind free/Uptown, got my body hot/Get down, I don’t wanna stop, no.”

Those are the words to the Prince song “Uptown,” from his third studio album, “Dirty Mind” in 1980. Since Prince introduced Uptown to the world, the commercial district in southwestern Minneapolis has experienced several waves of change that brought in culture, commerce, and conflict.

We tend to look at major commerce intersections, like Hennepin Avenue and Lake Street, as a representation of the area. What is happening at the corner of Hennepin and Lake can set the tone for the surrounding businesses.

With that in mind, Uptown is entering a new era. Major box stores and corporations are moving out and local businesses are moving in. But before all of that was a much grittier kind of Uptown.

The punks in Uptown

Through the 1980s, Uptown was a place for youth to gather together in search of community. The second wave of punk music was in full swing and Uptown was the flashpoint for music culture as punks gathered together for shows at the Uptown Bar to watch bands like The Replacements and Soul Asylum.

Kids too young to get into live music venues and other Uptown nightlife would congregate outside of the McDonald's on Hennepin and Lagoon to be with their friends. This subculture was referred to as the McPunks and became a fixture in the neighborhood whose oppositional attitude and subversive approach became a part of the city’s fabric.

Films like “The Rocky Horror Picture Show,” “Repo Man,” and “Buckaroo Bonzai” made the Uptown Theater another draw for young folks to flock to Uptown and enjoy the company of their peers.

Retail chains appear in the early '90s through '00s

In the 1990s, corporate chains came to Uptown, giving McDonalds some company. Urban Outfitters and Juut Salonspa opened their doors in 1990 and 1991, respectively. The very non-corporate and very cool Prince operated his New Power Generation store in Uptown which is now occupied by Go Home Furnishings (the company decided to keep Prince’s iconic purple door to the space as an homage to the artist).

At the tail end of the 2000s and into the 2010s, national outdoor-wear retailers such as North Face, Columbia, and Timberland set up shop in Uptown in the span of about three years.

The Apple store opened its doors to customers in 2010 which, to some, was a sign of Uptown becoming a commercial district ripe for gentrification.

A University of Minnesota gentrification study published in 2018 included interviews with community stakeholders about places like Uptown. One participant said in the 1990s, “Uptown was this really cool eclectic mix of like small business owners and really interesting. Like ethnic and just cool little stores. And now it's like the Apple Store and Victoria's Secret and like just all this crap.”

People learned to live with the corporate stores that always felt a bit out of place in Uptown. But one by one, they started to disappear.

Businesses strained by the pandemic and multiple uprisings

When the COVID-19 pandemic hit in March 2020, businesses and their supporters scrambled to find ways to support one another. It wasn’t long before some Uptown businesses closed. Local businesses in the Seven Points building, like Fig + Farro, started closing. Apple closed its Uptown doors in March 2020 due to the pandemic and announced in October it would not reopen that location.

On May 25 2020, George Floyd was murdered by former Minneapolis police officer Derek Chauvin. Everything changed.

The public outrage surrounding Floyd’s death led to an uprising in the Twin Cities full of peaceful protests and occupations. It also resulted in people damaging many businesses along Lake Street in Minneapolis and University Avenue in St. Paul.

Roughly a year later, on June 3, 2021, 32-year-old Winston Smith, Jr. was shot and killed by a U.S. Marshals Service task force in the Seven Points parking ramp on West Lake Street and South Girard Avenue as law enforcement allegedly attempted to arrest him for a felony warrant. Demonstrations ignited later that day as Uptown became the epicenter of conflict between activists and law enforcement.

Just over a week into the Uptown protests, Minneapolis-based activist, Deona Marie Knajdek, was struck and killed by a driver on West Lake Street at the intersection near where Smith died.

Protests on West Lake Street went on for weeks and became a regular occurrence for residents and businesses in the area. Activists regularly shut down the street to draw attention to Smith’s and Knajdek’s murder.

Meanwhile, local news outlets were saturating their programs with crime news from Minneapolis and citing data that showed an increase in auto thefts and carjackings, specifically.

Juut Salonspa and Kitchen Window closed their stores in 2021, both citing the increase in crime as one of the main reasons why their locations had to close after 35 years of operating in Uptown.

Although businesses said that crime rates were the reason for closing, major retailers like Victoria’s Secret, Columbia Sportswear, and North Face closed their businesses in 2018 and 2019, long before the pandemic or uprisings.

Annual cultural and art events held in Uptown were also put on pause in 2021. The Minneapolis Greek festival put out a statement in 2021 that said they could not hold the event “due to the recent unrest in the Uptown district and the realization that we would be unable to find a successful solution to ensure the safety and security of our festival guests, volunteers, and grounds.”

The Uptown Association canceled the Uptown Art Fair last year due to safety concerns but is scheduled to return this year, Aug. 5-7.

The LynLake Street Art Festival was unfazed as it continued its yearly mural-based event on Aug. 7 and 8, 2021.

Projects are underway for now-vacant spaces for lease or redevelopment. On the block of former corporate retail spaces, the New Uptown Cafe opened in April and Primitiva opened in May.

In April of this year, CB2 shut its doors as its space is being redeveloped into an apartment building. Northpond Partners LLC which owns Seven Points is partnering with Minneapolis-based Doran Cos. for a multimillion-dollar mixed residential and commercial development. The space will have mini-golf, food and beverages, a Chase bank, and a coffee bar.

Check out the documentary, “Minnesota Experience: The Baldies” and the book "Trouble Boys: The True Story of the Replacements."