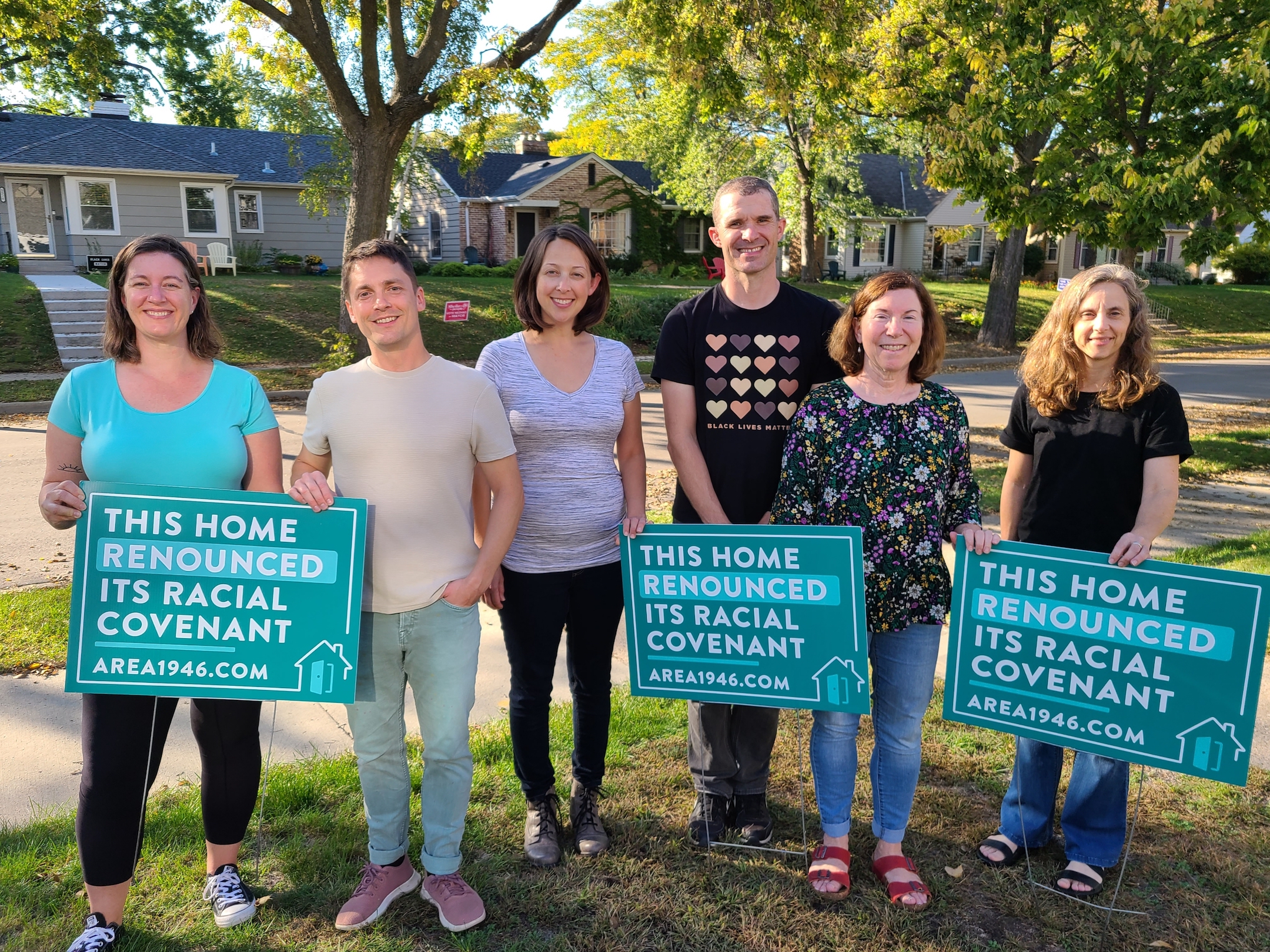 This community post was brought to you by Eric Magnuson, co-founder of AREA: Armatage Reparations & Equity Action.

In the 1910s, you could walk from the Minnehaha Creek down to Richfield without seeing a house. A prominent real estate man named Martin Tingdale hoped to change that. He sold hundreds of new plots of land in today’s Armatage neighborhood, enticing buyers by calling the area a “beautiful,” “most desirable district,” “not far” from a new streetcar line. And if you could afford to save just $1 a week, it could be yours.

He didn’t always advertise how his properties’ deeds usually contained racial covenants that barred anyone who wasn’t white from living on the land.

These weren’t unusual. The Mapping Prejudice project at the University of Minnesota found over 8,000 restrictive covenants in Minneapolis. More than 750 of them were in Armatage alone.

By the 1940s, the president of the Minneapolis Board of Realtors said that the demand for racial covenants was so rampant that only legislation could stop them.

So it shouldn’t be surprising that in 1946, another real estate developer named William A. Wilkinson placed a racial covenant on the home I live in today and nearly every other property on the 5500-block from Penn to Humboldt Avenues.

But 74 years later, I was surprised.

A week after George Floyd was murdered, my neighbor Katie Elden sent Mapping Prejudice’s map of our homes to everyone on our block, and when I opened it, my stomach sank a little bit. It’s a shock to see your home in the light of its racist history for the first time.

But that map started a conversation among neighbors, which launched a series of meetings where we began to understand why this city has such wide disparities.

By the time the covenants were completely banned in 1962, they had already pushed the city’s Black families into just a few neighborhoods, which were then redlined by the Federal Housing Authority, and then bulldozed to make way for highways. The domino effect of these events made it incredibly difficult for Black families to create inter-generational wealth through homeownership. It also cemented the segregated city we live in today: Neighborhoods like Armatage are still over 80% white, while some redlined neighborhoods are scarcely 10% white. That segregation drastically affects our communities. Studies tie it to numerous disparities, including the homeownership gap and a higher likelihood of police using lethal force against Black people.

Moreover, one-time covenanted homes have higher property values. Our neighborhoods have greater opportunities for kids. We have more green space. As my neighbor Anne Hacker says, “I have learned how privileged I am to live in Southwest, and how I am still benefiting from these covenants.”

So in January, we publicly launched Armatage Reparations & Equity Action (AREA), using a definition of reparations that calls for a program of acknowledgment, redress, and closure for the victims of a grievous injustice.

To acknowledge the harm done by the covenants, we officially renounced them through Just Deeds, the local organization that helps homeowners complete the process. We also distribute yard signs that say THIS HOME RENOUNCED ITS RACIAL COVENANT. “Having our sign up may make some people feel uncomfortable but it starts conversations that weren’t always happening,” says AREA member Dave Scherer. “Naming the wounds of our history can be the first step in repairing the harm.”

For redress, we’ve focused on local giving and advocating for HR 40, the House bill that would create a national commission to study and make recommendations for reparations.

But why, you might ask, is a small neighborhood group taking on something as big as national legislation? A recent poll showed that only 28% of white Americans support reparations. So if we accomplish nothing more than bumping up that number by a fraction, even if it’s only among our neighbors, I’d consider us a success. Though I think we can do much more.

On Thursday (Oct. 7), we’re co-hosting a screening of Jim Crow of the North with the Armatage Neighborhood Association outside of the Armatage Recreation Center. Just Deeds’ Maria Cisneros will be speaking. On Thursday, October 21st, at 7:00 PM, we’re co-hosting an online panel on city-level reparations with Dr. Pastor Toya Woodland, Trahern Crews, and Jeremie English, who helped create St. Paul’s new reparations commission. The public is encouraged to join us at both events.

This community post was brought to you by Eric Magnuson, co-founder of AREA: Armatage Reparations & Equity Action.