At The Hype, a passion for sneakers and community

Abdulkarim “AK” Abdulle and Yassir Mohamed bonded over sneaker culture. Two years later, they opened up The Hype and a nearby barber shop in Uptown.

Abdulkarim “AK” Abdulle and Yassir Mohamed developed the concept for The Hype located on Hennepin Avenue in Uptown. Photo by Abdi Mohamed.

Abdulkarim “AK” Abdulle and Yassir Mohamed shared a passion for sneakers long before they became friends and eventual business partners behind The Hype, a sneaker shop and streetwear retailer in Uptown that opened earlier this year. Although the two East African entrepreneurs grew up in different states, Abdulle in Northern Virginia, and Mohamed based here in the Twin Cities, their similar upbringings and interest in fashion would set them on a course to launch a business that has grown widely popular in just seven months.

Both Abdulle and Mohamed were raised by single mothers who immigrated to the United States from East Africa. They both share a Somali heritage with Mohamed being part Oromo. As young men, they fell in love with basketball which was their introduction to collecting sneakers.

Coming from refugee backgrounds, it was difficult for both of them to sustain their interest so both Abdulle and Yassir began working in high school to keep up with the trends.

“Really, like senior year of high school was when I really started looking into a lot more sneakers,” Mohamed said. “I liked fashion, I liked sneakers, but early on I wasn't able to afford some of it. Single mom raising me and four kids so it's limited.”

Mohamed got a job with Nike his senior year and through his employee perks, was able to start his collection. He was first interested in collecting basketball shoes that he would play in. Kobes being his favorite, he kept his ear to the ground as new drops were announced and positioned himself to be first in line.

Abdulle shared his passion for basketball with his family.

“Our favorite thing to do together was watch basketball together,” Abdulle said. “When you’re watching basketball, you want to get the newest Kobes. The newest Jordans, you know what I mean? You wanna be up to date. My mom–even though she was a single mother, she used to at the beginning of every school year, she'd get us shoes.”

Meanwhile, once Mohamed graduated from high school and was no longer playing pickup basketball, his interests veered towards more comfortable lifestyle shoes such as the Jordan 1 sneakers. After moving to Los Angeles, sneakers ended up being a way for him to connect with others in a new place.

“When you're walking down the street and you got some fresh kicks on, people stop you like ‘you're fly.’ I built a lot of relationships through that as well,” Mohamed said.

It was through his shoe game that Mohamed met one of the owners of L.A.’s most popular sneaker shop, Cool Kicks, sending him on a path toward launching his own venture.

While working at a T-Mobile store in Santa Monica, Mohamed would stop into Cool Kicks and browse their new arrivals and purchase sneakers that he liked. After building a relationship with their owners, Mohamed had the idea to bring Cool Kicks to Minnesota.

“I knew they already were established in L.A. and they had a location in D.C. but I wanted to bring one here to Minnesota and it didn't work out. But I feel like it didn't work out for the best because it wasn't meant to be,” Mohamed said. The opportunity motivated Mohamed to seek out a business partner to launch something in his hometown St. Paul.

Abdulle had gone to school with the founders of CoolKicks back when they first launched their business in Richmond, Virgina. “They were Wavey Kicks at the time and they were selling used shoes too. They didn't have too much either at their start as well,” Abdulle said.

While both Abdulle and Mohamed were motivated to start their business, they were both missing the right business partner to propel their goals forward.

In 2019 the two would cross paths through mutual friends and share their respective goals for opening up a sneaker shop in the Twin Cities.

“There was like one day where we all were hanging out at an Airbnb,” Abdulle explained. “There's a lot of people that came from outta town and me and Yassir are like one of the only guys there so obviously we're gonna start chatting.”

“AK so happened to be in a house and we were just chopping it up and we were complimenting each other's shoes and swag and we got to talking about CoolKicks,” Mohamed said. “It so happened that AK went to college with all the guys that started CoolKicks.”

They discovered they had a mutual friend in Benny of CoolKicks and called him on Facetime at the Airbnb gathering. The shared love for fashion and shared connections assured the two that they could do business together.

A few short months after meeting, the two put together a series of pop-ups around the city under the name The Hype, standing for Help Your People Eat, an acronym Abdulle had come up with years prior. The acronym defines the goal of a place like The Hype–host pop-ups for local clothing brands and sell merch from local designers to help local artists thrive.

Our thing was if HYPE stands for help your people eat, once we get to a place where we can actually help people out, or bring awareness to their local brands or just help out in any fashion that we can give 'em a space for a popup,” he said.

Their dedication was noticed by friends and family alike, some of whom wanted to join the business and support the two on their journey.

“Arif was also interested in his sneakers. He started becoming more of a sneakerhead himself personally,” Mohamed said. Arif is the co-owner of Nashville Coop, a restaurant chain based in Minnesota.

Sir Curtis Kirby, a friend of Mohamed's and well-known in the creative nonprofit industry, also expressed interest in contributing to The Hype.

“You know there's just certain strengths that everybody has. Yassir was real detail-oriented. Kirby is good at networking. And Arif has a business acumen already because of Nashville Coop,” Abdulle said. “The core thing that we all share is passion and sneakers and we have no egos with each other.”

By the spring of 2020 the four became business partners and made investments. The crew made their first large purchase together and spent $6000 at a sneaker convention to increase their inventory ahead of opening up a location.

The early days for The Hype consisted of hosting different pop-up shops across the metro, but the team was interested in a permanent location. The pandemic set in and impacted their prospects of getting a commercial lease. Options were limited.

“Locations just were like scared to give startups a chance so we were struggling at this point to find a location,” Mohamed shared.

Their main goal was to find a location where their customers could access them. They considered Dinkytown but there were already sneaker shops in the area. They eventually found their location in Uptown on Hennepin Avenue  between 28th Street and Lagoon Avenue.

The store has been a success, especially with the East African community in the Twin Cities

“Oh, it's been amazing. So from day one, I didn't expect that,” Mohamed said. “I mean I did. Obviously, I want to see a lot of people come and support me but I didn't expect it to be like where it is.”

The Hype opened in late March of 2022 and held a series of events and pop-ups for local brands through the summer. In May the store hosted an event for Eid with prizes and discounts. Nashville Coop sponsored the event with free meals for guests who had spent the prior month fasting.

In the seven months that they’ve been operating, The Hype has had customers from D.C., New York, and Toronto who heard of the shop through word of mouth and social media. For Abdulle, it was a great way of connecting more with the local community as a native of North Virginia.

While there are several independently-owned sneaker shops in the Twin Cities, Mohamed shared that none of them catered to the East African community directly.

“I mean, no offense to any of 'em too, but they didn't have our culture,” Mohamed said. “The East African community, like they're still big sneakerheads. This is just my impression of it. They didn't have that connection with these shops, so they said, ‘I'd rather just order it and have it come straight to my door.’”

Darartu Ayaan is a family member and a friend to the owners of The Hype. She also co-owns the clothing brand Sentrol World with Kirby.

“I've known them for like a really long time and watched everything come together. The whole reason why they have been doing this is to really bring community together,” Ayaan said. “I was there when the whole idea came up. So to see it come to life is actually-I’m really, really happy for them. I'm really proud of them actually.”

Longtime friend Ibrahim Abdullah expressed his pride in seeing the team at The Hype being embraced by the community.

“This isn't something that happened overnight,” Abdullah said. “Just seeing them from where they started selling boxes out the back of the car, outta the houses to seeing them get to this point it's a lot of work, a lot of hard work, a lot of effort that went into it. It’s a beautiful thing to see.”

The Hype has utilized social media to promote their latest collections, sales, and when celebrities pop into the store. They’ve had musicians and athletes such as Juelz Santana, Blxst, Jacques, Sharma Boy, and Jaden McDaniels stroll in to do some shopping.

“A lot of celebrities when they get out here, they're like, ‘Yo, where's the dopest sneaker store? Where can I get some fly stuff?’ And people are like, ‘there's a store uptown called The Hype.’ Sometimes it works out. Just as simple as that,” Abdulle said.

While they acknowledge that they’re not the first to create a YouTube account for a sneaker shop, the owners of The Hype believe that sharing this content will give their supporters a window into the everyday happenings of the store while also showcasing their personalities.

Having generated a consistent client base, the owners of The Hype have turned their sights towards expanding their brand and footprint in the neighborhood. Earlier this month the team opened up their barbershop business called Cutz By Hype, a “premiere hypebeast barbershop” headed up by Mohamed’s relative Ismail Ali “Ish.”

Imagining a barber shop so close to their store started off as a joke between the owners.

“We were actually, you know, walking past it more often, like, ‘yo it wouldn't even hurt us to sign the lease and then find some barbers and give them a place where they can cut,’” Abdulle said.

The barber shop, just down the block from the sneaker shop, holds seven chairs and employs several barbers who once worked for other barbershops, but made the switch to be able to utilize their own branding. Mohamed explained that every barber is welcome to wear their custom brand on their aprons and not feel pressured to represent The Hype, but to put forth their own entrepreneurial endeavors.

Customers at the barbershop are incentivized to visit the sneaker shop while they wait for their haircut and receive a 10% discount on any shoes or clothing items in the shop. 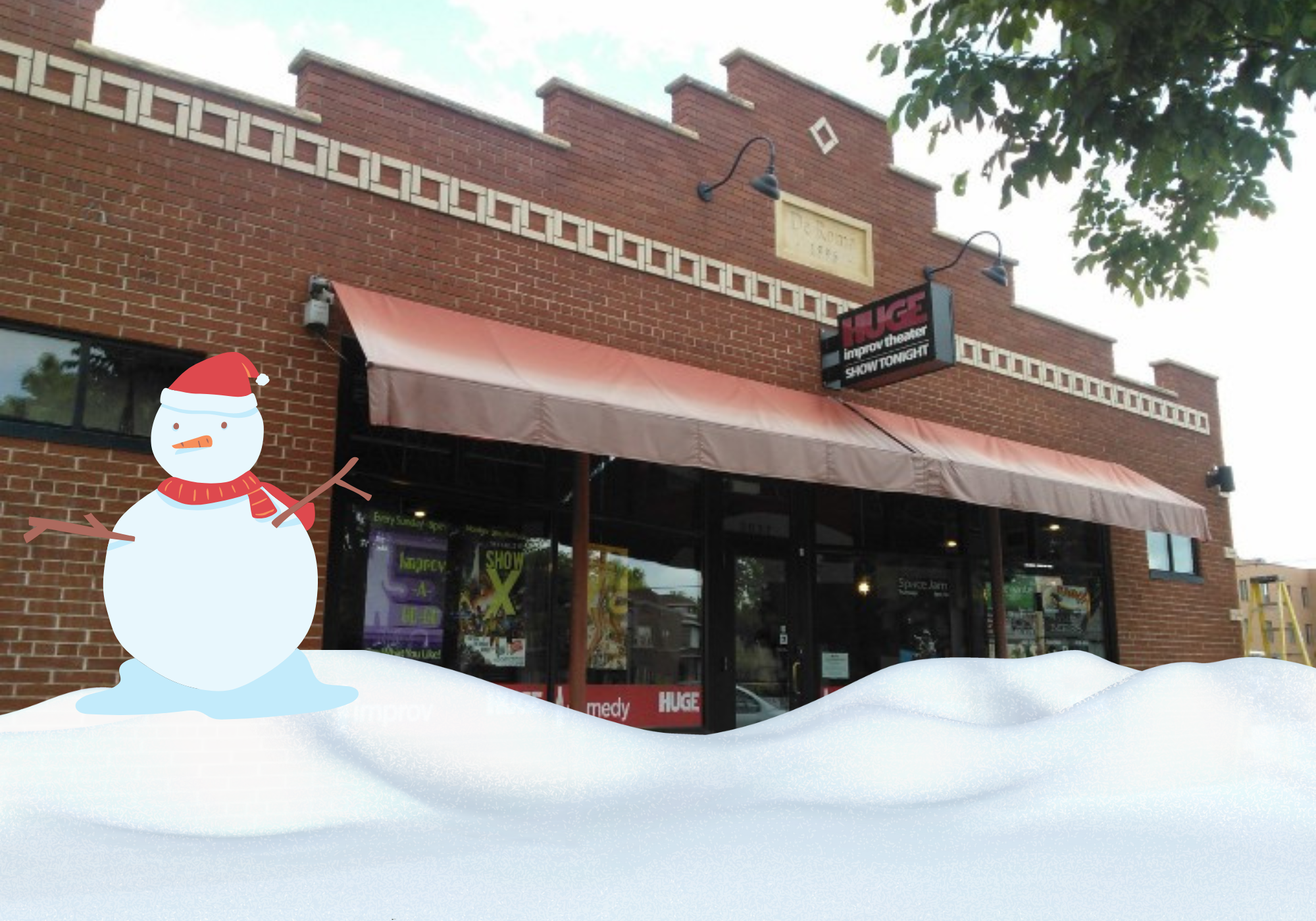