Campaign for Clear Sidewalks Wants the City to Take Responsibility 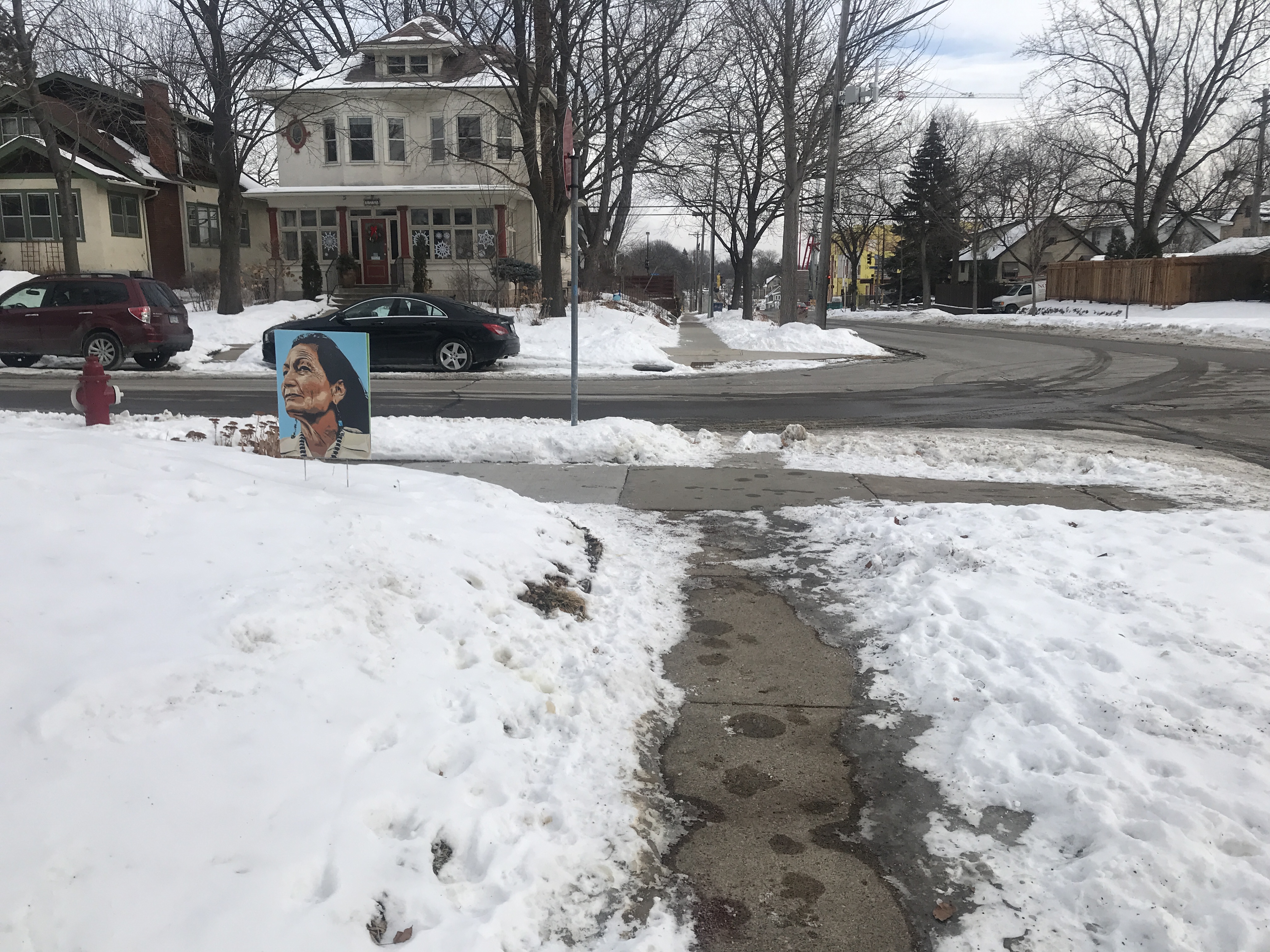 A Kingfield sidewalk with varying degrees of shoveling

Shoveling is a way of life in Minnesota. In an active city like Minneapolis, maintaining clear sidewalks and curb cuts in the winter is a necessity for mobility. Right now, the responsibility for keeping most sidewalks clear falls on individual property owners. Our Streets Minneapolis, an advocacy organization for people who walk, roll, and bike, wants to see the city adopt a municipal shoveling program. This program would designate the City of Minneapolis as responsible for clearing sidewalks of snow and ice.

In 2017, Our Streets Minneapolis did a series of interviews with community members to find out what mobility priorities people had. Many people brought up snow clearing as an issue. It continues to be one of the most talked about issues within Our Streets’ community work, according to Ashwat Narayanan, the executive director of Our Streets.

Narayanan said that in a city that is covered in snow and ice it would be “irresponsible of us to not talk about shoveling,” especially when disabled people, people with mobility issues, and the elderly are really impacted when sidewalks are not cleared. This is an “equity and quality of life issue,” Narayanan said.

Not everyone prioritizes shoveling so pedestrians are often left with navigating sidewalks that mimic winter hiking conditions. People utilizing a wheelchair, motorized scooter, stroller, or any other mobility assistance, may find that major parts of the city become inaccessible for chunks of the winter months. “Even if one business owner doesn’t shovel, that can knock out an entire city block,” he said.

Our Streets is now publicly advocating for municipal shoveling through its Making Winters Walkable campaign. For now, Our Streets is asking for municipal shoveling to be done on the Pedestrian Priority Network, defined by the city’s Transportation Action Plan, and all bus and light trail stops. The goal is to get $6 million earmarked in Mayor Frey’s proposed 2023 budget for the creation of this pilot program.

This proposed program is unique, but not unheard of. The City of Rochester shovels the city’s sidewalks when it snows 4 inches or more. “We don’t think this is a radical idea. This is a normal thing the city should be doing,” Narayanan said.

‍Residents can report unshoveled and/or icy sidewalks, but there is typically a 24-48 hour lag between a report and city-based clean-up. “We know the current system doesn’t work. We are asking the City of Minneapolis to take the needs of people walking as seriously as people who are driving,” Narayanan said.

“If sidewalks aren’t shoveled, it is virtually impossible for wheelchairs to get through and cross the street and it could become a safety issue,” said Michael Sack, founder of Minneapolis Sidewalk Repair Hunters, a local organization that encourages people to report inaccessible sidewalks to the City.

Even though property owners are responsible for clearing curb cuts, the City of Minneapolis has a curb-clearing program that works to clear corners after storms with 4 or more inches of snow, after the streets have been plowed, and until all corners are cleared citywide. Clearing curb cuts are essential for maintaining the accessibility of sidewalks. A community shoveling group in The Wedge prioritizes curb clearing for this reason.

“The community needs to know that every person has the right to access sidewalks, but in order to do that, it is imperative that they shovel snow away from sidewalks and curb cuts,” Sack said.

Even if neighbors have the best intentions of clearing their sidewalks, there are barriers to shoveling including time, cost, and physical ability. Will Winter, an East Bde Maka Ska resident, noted that his neighbors, who recently received a sidewalk clearance warning and fine, have two small children and limited time. “We don’t see them snow shoveling or [doing] yard work. There is no place for that to come from,” Winter said. If a person’s property is reported to 311, the city gives them a warning. If the property owners do not clear the snow and/or ice in the designated time, the city does the removal and charges the person $229.

As this winter winds down, Our Streets will focus on getting a budget line added to the 2023 city budget to fund the municipal shoveling project along the Pedestrian Priority Network. Regardless of the municipal shoveling project outcome, the city-led curb clearing program “will move to align with the Pedestrian Priority Network,” according to the city’s Transportation Action Plan.

Our Streets has begun talking with City Council members about prioritizing the municipal shoveling project in the 2023 budget.  According to Narayanan, council members Aisha Chughtai (Ward 10), Robin Wonsley Worlobah (Ward 2), and Jason Chavez (Ward 9) are supportive of the budget line. If the program gets added to the budget, the city could start shoveling as early as January of 2023.