The council voted to approve a staff directive to look into encampment procedures on October 20. Mayor Jacob Frey vetoed the directive.

The City Council Committee of the Whole votes unanimously on a directive to study and collect information of the city's encampment closure procedures on November 15.

The council voted to approve a staff directive to look into encampment procedures on October 20. Mayor Jacob Frey vetoed the directive. Frey said that the City Attorney's Office advised that the council should send requests to the mayor, rather than directly to staff.

"I stand ready to work with you to finalize a request with these technical changes," he wrote.

The unanimous vote ensures the directive is now veto proof.

The directive asks for a "nonpartisan, multidisciplinary review from the Mayor" to:

1. Study and analyze the existing practices of the City of Minneapolis in carrying out forced encampment closures or removal.

2. Provide recommendations for those displaced by an encampment closure to continue to receive health care and social services.

3. Provide a thorough fiscal analysis of all costs associated with the planning and execution of forced encampment removals or closures led by the City of Minneapolis.

4. Provide data on post-encampment closure impacts including injuries, the loss of connection to service providers, loss of personal property, and the creation of new encampments in nearby neighborhoods.

The directive asks that the analysis and recommendations are driven by a public health analysis and racial equity metrics. This unanimous vote is a step forward in finding solutions to a revolving process of police-intensive encampment closures and new encampments forming.

The City Council will hear back from this directive in March 2023.

Thanks to Allison Meyer at Documenters for reporting on the November 3 City Council meeting. 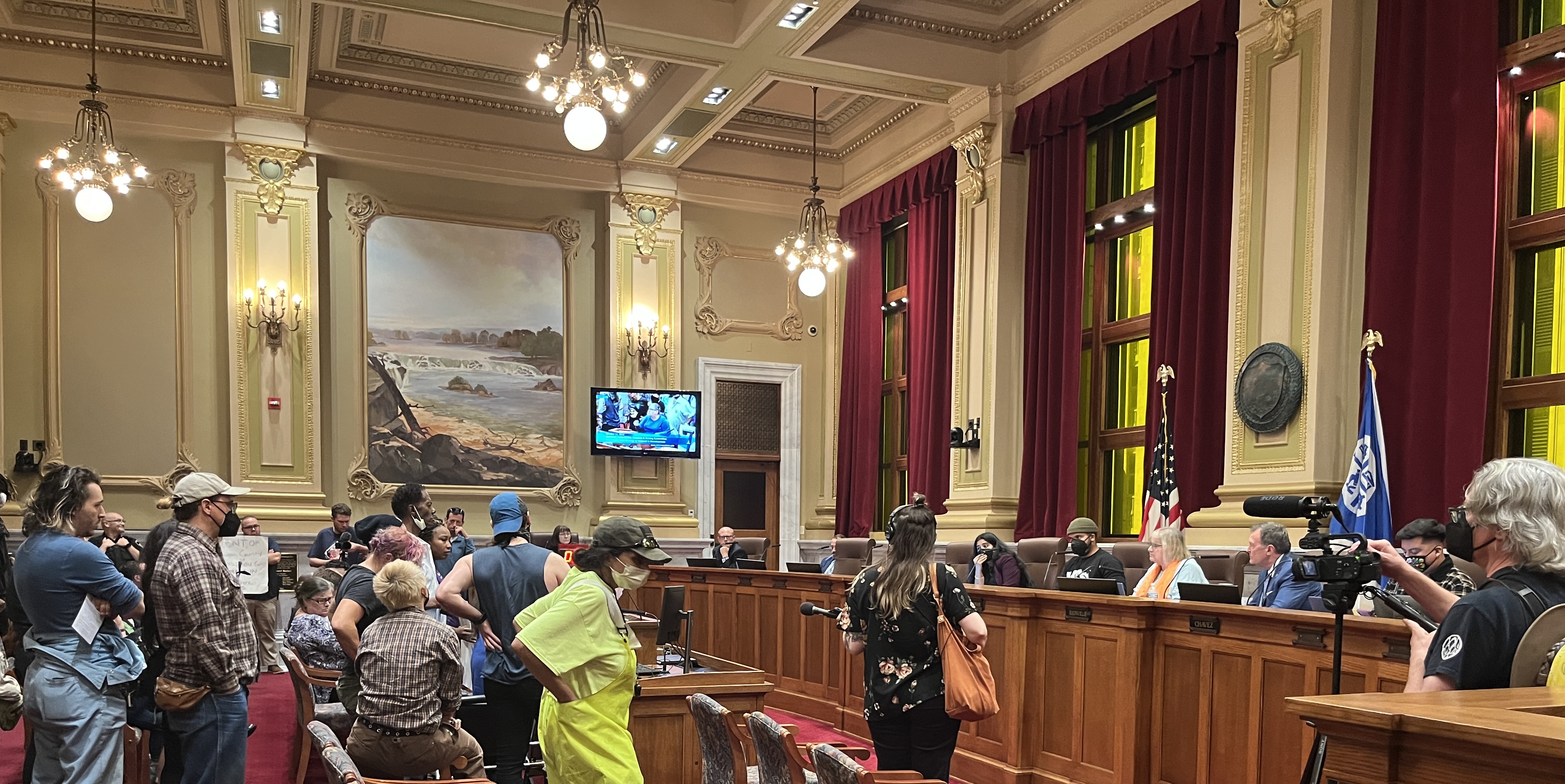