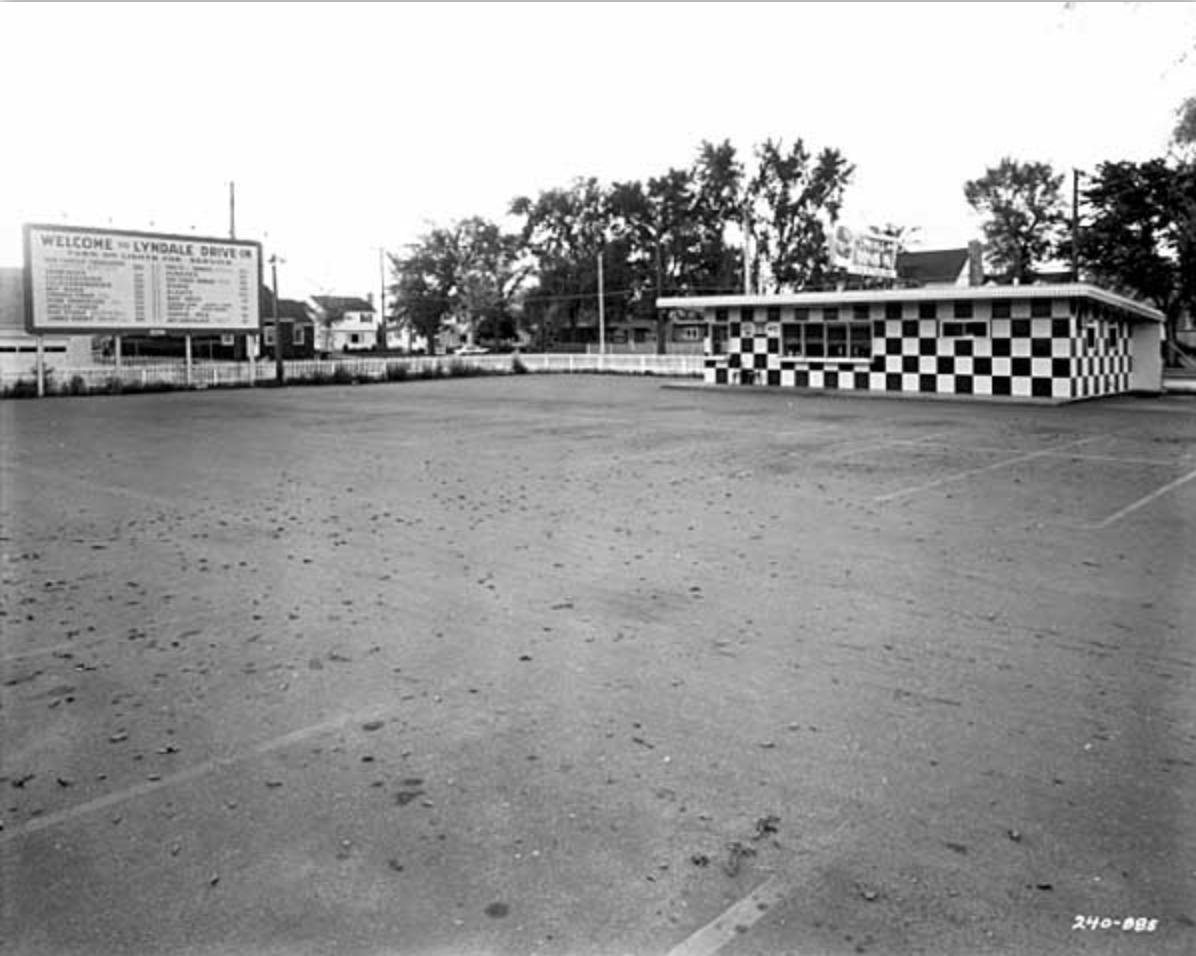 The Lyndale Drive-in in 1956, on the current site of the Aqua City Motel at 5751 Lyndale Ave S. (courtesy Minnesota Historical Society)

Today the Planning Commission will hear a presentation and give feedback on a proposed plan for Seven Points. Wedge LIVE! did a great breakdown of the proposal, which includes 264 units of housing, a grocery store, and lots of parking. This would all be slotted alongside the previously announced mini-golf and sculpture garden from the founder of Can Can Wonderland.

If you want to join the meeting, it starts at 4:30. An agenda and information on how to watch is here.

The last chance for public comment on the redistricting process is today at 4 p.m. Here's Josh Martin's piece on some of the proposed changes to get you up to speed. An agenda and instructions on how to watch can be found here. Here's how to sign-up to make a public comment at the meeting.

The Redistricting Group will reconvene tomorrow and Monday to review the proposed changes.

If you haven't yet read the piece on the MPS budget that Melissa, a MPS parent, spent weeks digging into, you can read that here. Yesterday, Superintendent Graff sent out this video in response to the union's intent-to-strike notice.

Southwest Minneapolis has a new representative to the Met Council after Governor Walz appointed John Pacheco Jr. yesterday. Check out our story from Henry Pan about the interviews with the finalists from mid-December.

The Minneapolis Housing Authority board chair has resigned after a property he helped buy was seized by federal investigators. (Star Tribune)

Anwatin Middle School lost a beloved member of their staff, Joseph Brown, last week. A GoFundMe to support his family is here. (GoFundMe)

Huge matchup of the city's girls basketball titans tonight, as Southwest heads to Roosevelt to play at 7 p.m. Southwest is 11-0 in the conference, while Roosevelt is 10-1, with their only loss coming in the last matchup between the teams. Should be a fun one. (Star Tribune)

Washburn beat Southwest last night in boys basketball, 71-55. The victory pulled Washburn into third in the city conference standings, one spot ahead of Southwest. (Star Tribune)

The Minneapolis boys hockey team (a combination of the city's schools) kicks off the Section playoffs tonight at Parade stadium as the #1 seed against Hutchinson. If they win, their next game is Saturday. Full playoff schedule is here. Here's a fun story with some background on the team. (MSHSL)

The City Council is meeting today at 9:30. Here's how to watch and an agenda, which includes further discussion of Council Member Payne's proposal for a Public Safety Department, an agreement with Our Streets Minneapolis to continue operating Open Streets through 2024, a liquor license for Third Space Cafe.

Our Streets Minneapolis has launched a campaign to transform i-94 between Minneapolis and St. Paul into Twin Cities Boulevard.

Separate Not Equal: The Hale-Field Pairing exhibit premieres at the Hennepin History Museum today. The exhibit focuses on "a group of parents in south Minneapolis, some black, some white, that persuaded the city's school board to voluntarily bus students between two schools to make both schools more diverse." More background from MPR.

The Bakken is hosting "Tinkering After Dark" at 6 p.m., where you can build and customize a robotic ostrich, tiger, or kangaroo in their makerspace. Try and pretend you aren't curious enough to click that one.