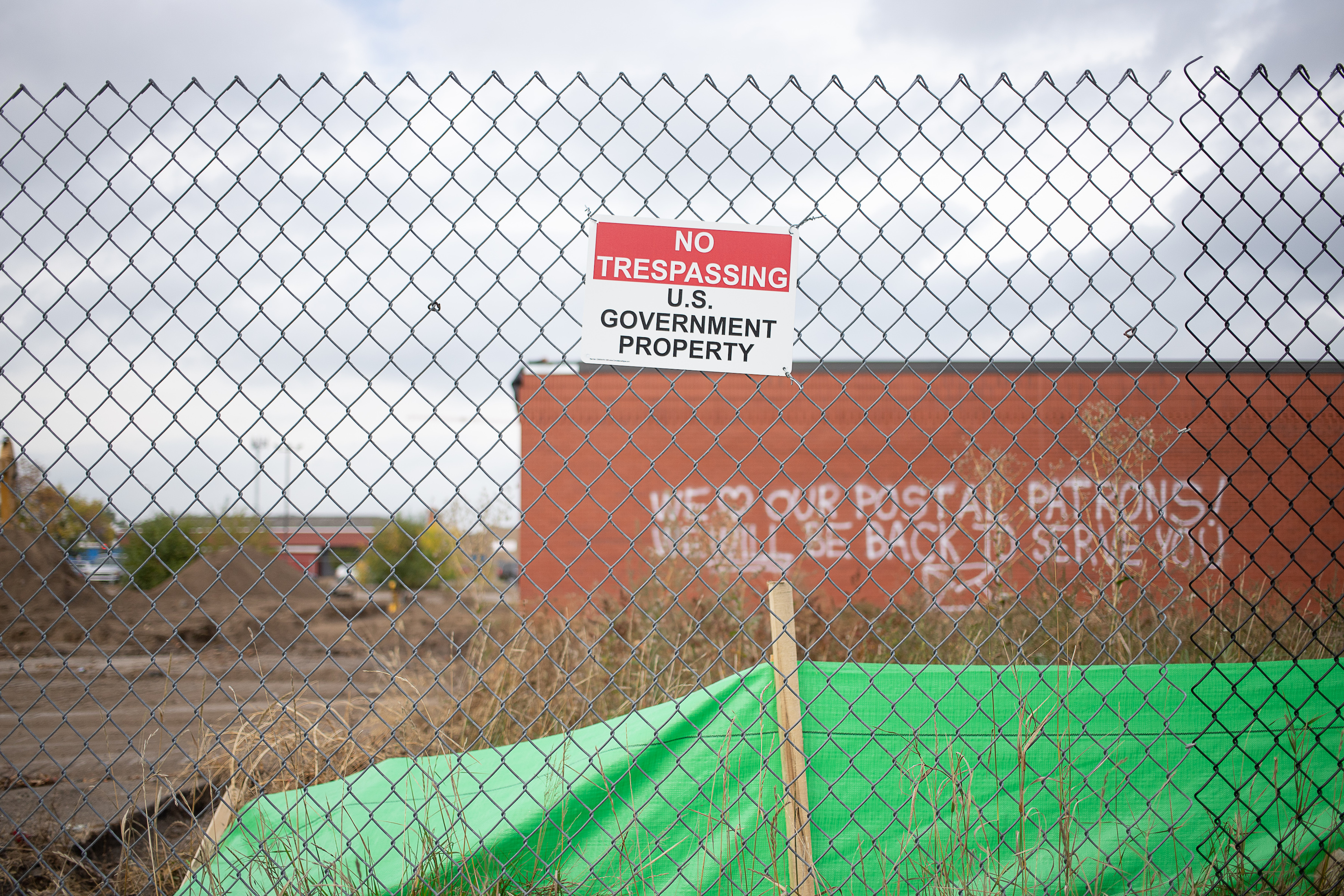 “The old man who gave Mr. Rogers vibes” is what Nina Perkins remembers most about the old, often-crowded, and dreary Lake Street Post Office station at E. 31st St. and 1st Ave. S.

That man is Fred Brombach, who has worked with the U.S. Postal Service for almost three decades. He worked out of the original station for 26 years, until it was destroyed amid the unrest following George Floyd’s murder by ex-Minneapolis Police officer Derek Chauvin.

While Brombach and his team were relocated to the former Kmart in the middle of Nicollet Avenue six months ago, they won’t be there much longer. Crews in recent weeks have begun preparing to rebuild the station at its former location.

The rebuilt station, renderings of which were released by the Postal Service in April, is expected to look similar to the one that was destroyed, and will provide retail and local delivery services. As of press time, it is unclear if postal banking, which is being piloted at a number of stations on the East Coast, will be offered at the new station.

For Brombach, moving into the temporary station at the Kmart is an improvement over the old one, which was built in 1977, because it’s bigger, brighter, and more spacious. “It’s so big back there that you need a bicycle or segway to get around,” said Brombach.

The rebuilt station is expected to open next Spring. The lease for Kmart ends in September 2023.

One thing it won’t provide, unlike other nearby redevelopments underway because of the unrest, such as at the Wells Fargo and the former Walgreens site: housing. The site is zoned for mixed-use, and while the Postal Service is no stranger to partnering with local nonprofits to build housing and other uses above its stations elsewhere, it hasn’t had experience building housing on its own. While the Postal Service doesn’t have to follow the city’s land use and zoning rules, it would have to find a partner to build it with, which would subject them to the city’s land use review process and could add 10 additional weeks to their timeline.

Meanwhile, the U.S. Postal Inspection Service, the law enforcement arm of the Postal Service, continues to offer a reward of up to $50,000 for the arrest and conviction of those involved in the looting and destruction of the Lake and Minnehaha stations.