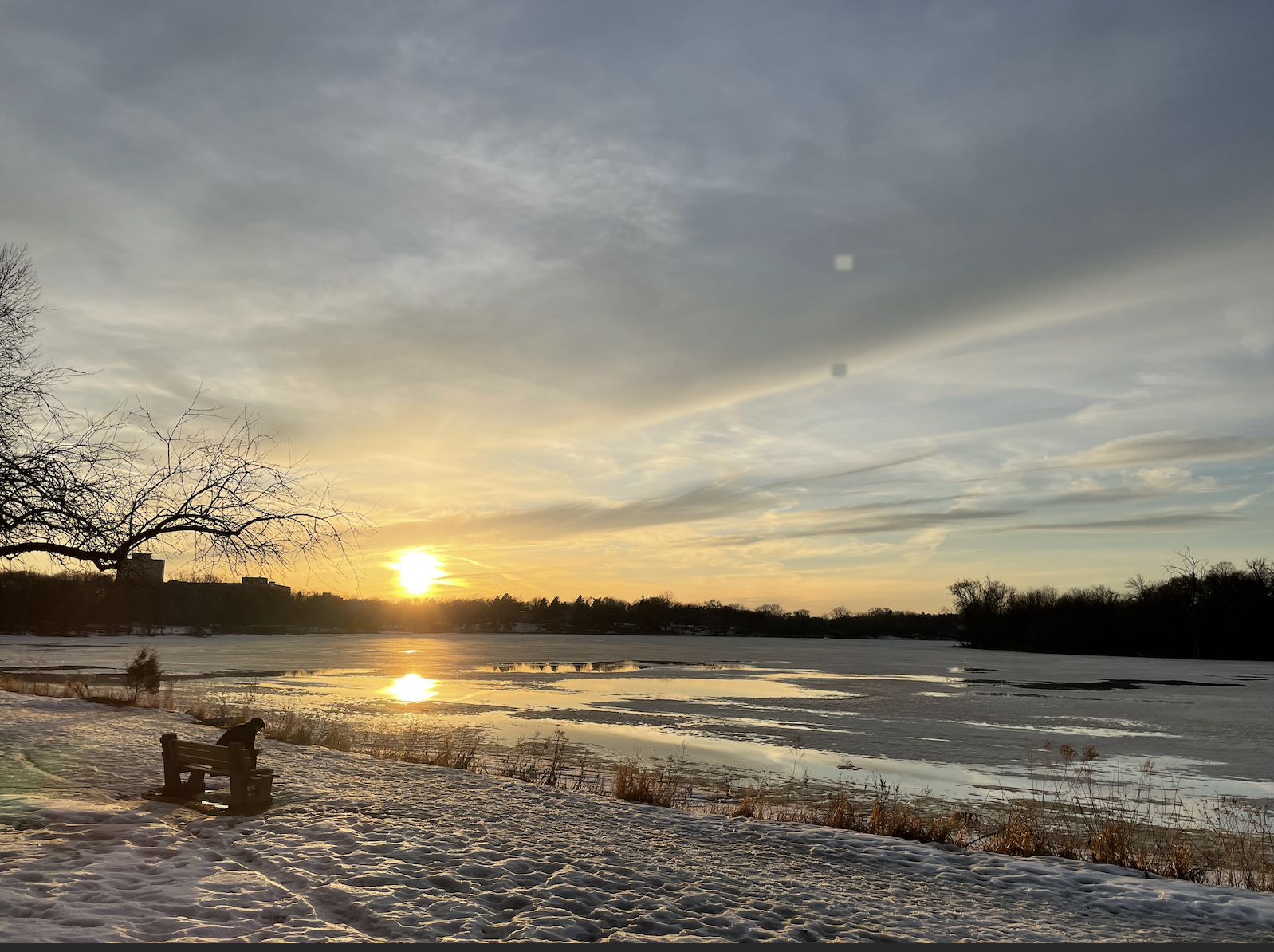 How many more days until the ice is out on the lakes? You can track the progress on lakes across the state or file a volunteer report on the DNR's website.

The City Council's Policy & Government Oversight Committee, referenced at times as POGO,  meets at 10 a.m. to discuss a few major items (agenda here), including a police contract that covers 2020-2022, which would provide retroactive raises to officers while doing little to increase accountability in the department. The contract covers the department through the end of the year, and they'll need a new one for 2023 and beyond.

Also on the agenda – a proposed charter amendment to create a new public safety department.

The full City Council will then meet at 1:30 p.m., where the bulk of the agenda is devoted to two presentations on the new city government structure under the "strong mayor" system. The Council will also receive a report from the city's assessor, an office that assess the value of property for tax purposes.
The assessor's report has a treasure trove of interesting data in it, including:

The conversation was structured around six speakers who spoke to over 150 questions sent in before the event. Gina Obiri from the Office of Performance and Innovation and Candace Hanson & Marissa Stevenson from Canopy Mental Health and Consulting spoke about the city’s new behavioral crisis response team, which Canopy plays a major role in. CJ (Catherine) Johnson from the Department of Community Corrections and Rehabilitation and Tom Arneson, the Hennepin County managing attorney for the Juvenile Prosecution Division spoke to the process of detaining, charging, and releasing young people who have been accused of crimes. Minneapolis Police Department 5th Precinct Captain Katie Blackwell spoke to the questions about MPD training and how forensics are used to track down suspects in carjackings and auto thefts.

Four minutes before the event was scheduled to end, a long line formed at the microphone and the most passionate comments and questions started coming in. Even though Palmisano firmly asked for the conversation to end at 8 p.m., to respect the time given by the church,, the conversation stretched to almost 8:30 p.m. Melody will have a more detailed article up later today.

If you attended the conversation and want to share your thoughts with Melody, email her at melody@southwestvoices.news or text her at 612-204-2887.

"Hennepin Healthcare demoted the Filipino American head of its OB-GYN department... Dr. Tara Gustilo says she was penalized for her ‘colorblind’ approach to race and her opposition to ‘racially segregated’ care." (Sahan Journal)

The state's public defenders have averted a strike after reaching an agreement with the state's Board of Public Defense. (Minnesota Reformer)

Howie Padilla, who previously worked on the PR team at Metro Transit and earlier worked for the St. Paul Police Department and Star Tribune, has been named the new spokesman for the Minneapolis Police Department. (Morning Take)

The LynLake Street Art Series, which creates a bunch of amazing art all over the neighborhood, is looking for artists. They'll give you paint, scaffolding, and a stipend!

Indoor broomball leagues are starting at Parade Ice Garden on April 3. Get a team together and sign up!

The city opened an application for violence prevention funding for a variety of different types of projects small and large. If you have a community-driven idea that you think can bring people together in your neighborhood, you should attend the virtual pre-proposal meeting at 11 a.m. on Wednesday, March 23 and apply through the city's website (you'll have to register as a "City supplier") by April 11.

MPS is adding new services for kids during the strike, which we've added to our resources guide for parents & caregivers:

Go check out a skee-ball tournament tonight at Up-Down.

Tomorrow night at Tower Games, check out a single-session roleplayer game called Root: "A game of woodland creatures fighting for money, justice, and freedom from powers far greater than them. You play vagabonds, outcasts from the normal society of the woodlands who have come to live in the spaces between, whether that’s in the forests themselves or on the fringes of society." No previous game experience required!

The Bell Museum is hosting a cool virtual event at noon on the April night sky in Minnesota.