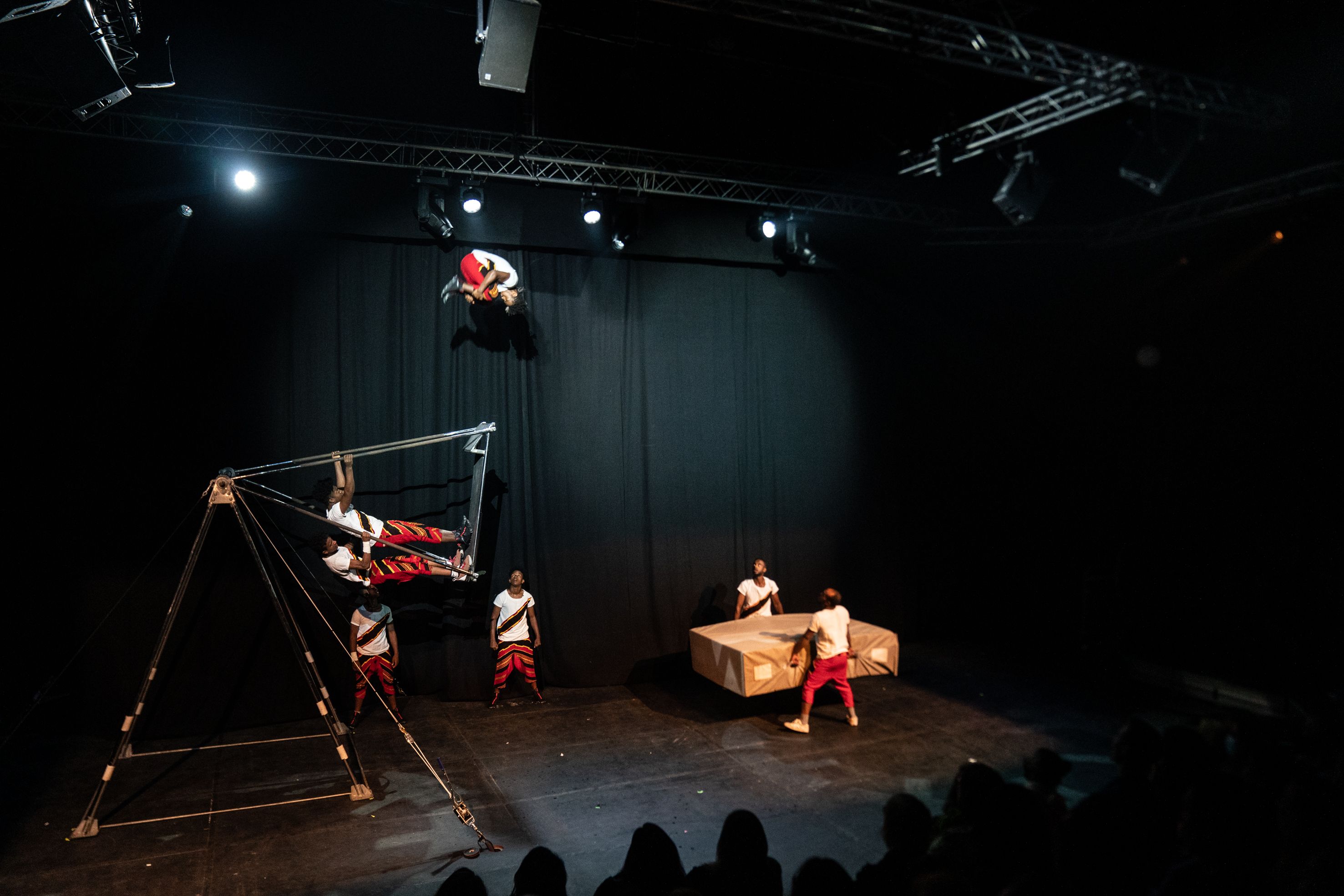 A group of Circus Abyssinia performers doing flips off of a giant swing. Photo by Craig Sugden

When Bibi and Bichu Tesfamariam were growing up in Ethiopia, they learned about the circus through television. They were hooked.

The two brothers grew up fascinated by “circus magic, acrobatic mastery, and glamorous illusions.” The brothers held out hope they could join the circus one day. Circus culture didn’t exist in Ethiopia, but the two brothers were undeterred.

“We were indifferent to impossibilities, stubborn and intrepid in the face of doubt,” the brothers explain on the Circus Abyssinia website. “We've lived for the lure and lights of the stage for as long as we can remember.”

Two decades later, they are returning to Minneapolis for the second time in three years. In 2019, Circus Abyssinia visited the Children’s Theater to perform its “Ethiopian Dreams” show. This year’s show, “Tulu,” is inspired by the story of Ethiopian Olympian Derartu Tulu, the first Black African woman to win Olympic gold. Tulu won gold in the 10,000 meter race at the 1992 Barcelona Olympics.

“I’m very intrigued by the circus arts, which are quite new to Ethiopia, and how they might express and connect with my passion for my sport,” Derartu Tulu said via a press release.

Stand out moments include the contortionists’ slow-paced performance that feels like a mix of gymnastics, yoga, and dance and a nail-biting performance that involves a giant swing. Another performance includes two people roller skating on a small wooden circle, while doing tricks.

All of the performances are set to Ethiopian pop music which creates a unique intercultural communication moment with a Minnesotan audience that include people from Ethiopia.

The show runs through October 23 at the Minneapolis Children’s Theater. Tickets can be purchased online or by calling the ticket office at 612-874-0400.