Apoy serves Filipino foods by and for Kingfield neighbors 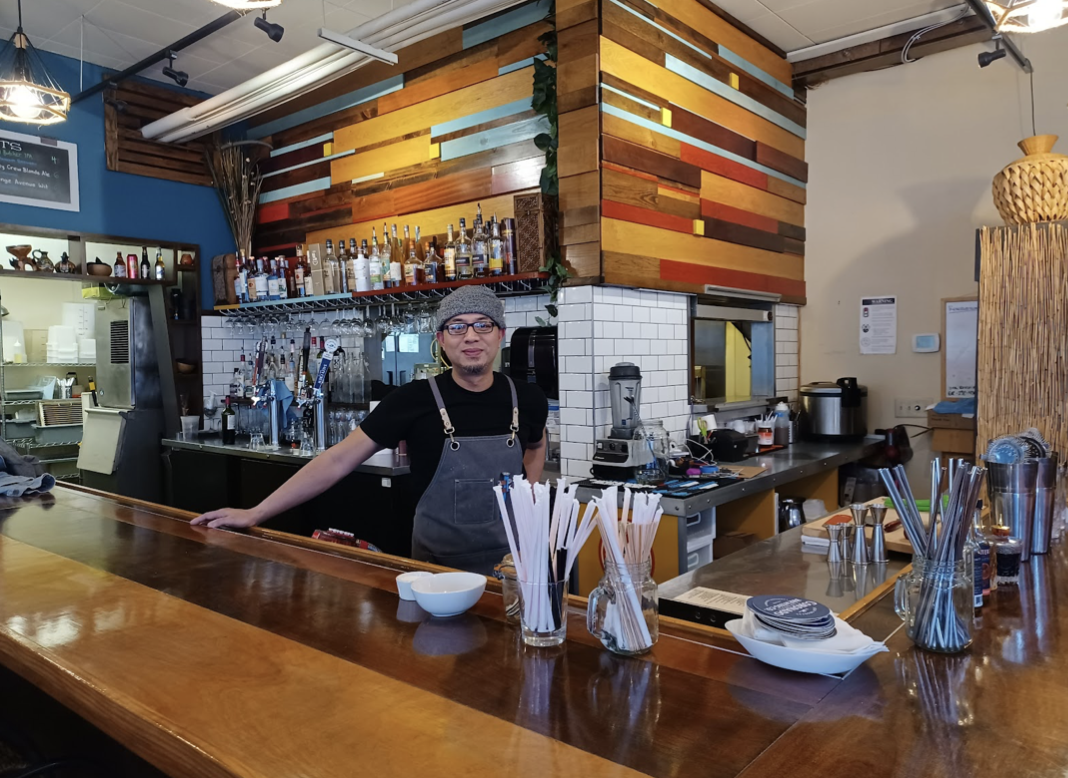 Sherwin Resurreccion and his brother Shawn Nafstad opened their Kingfield restaurant, Apoy, in 2018 to introduce traditional Filipino food to the Twin Cities area.

“We wanted to do a Filipino restaurant because I’m 100% Filipino and so is my brother, and I felt like there was kind of a missing food demographic,” Resurreccion said.

The restaurant’s menu, which Resurreccion’s mother and grandmother inspired, consists of dishes like kare-kare, pancit and inasal. His personal favorites off the menu are anything grilled or fried.

The restaurant is Resurreccion’s first after years in the food industry, which included owning a food truck called FunFare that served global street foods.

“I’ve always been in restaurants… I’ve had every job from dishwasher all the way up, and now to being an owner of a place,” he said. “This kind of comes second nature.”

The Nicollet Avenue location for Apoy made sense because both Resurreccion and his brother live in the neighborhood.

The COVID-19 pandemic began about a year and a half into Apoy’s existence and forced Resurreccion and Nafstad to shift gears quickly to remain open. They switched to takeout-only during the initial lockdown of 2020 and streamlined the menu to better appeal to Minnesotans and reach a broader audience.

“We had to reinvent ourselves quite a few times,” Resurreccion said. “We went back to the things we knew how to do, like street food and things that were more palatable and more accessible to the Minnesota palate, turning things into burgers and adding things like that to make it more accessible and more appealing.”

One loss from the menu was dinuguan, or stew made from pork blood, meat and liver. The dish is “poor people food” in the Philippines, according to Resurreccion, and didn’t hit it off in Minneapolis.

“The blood stew was one of the things I wish everybody would try, but it was kind of a special that we didn’t sell too much of, simply because you know, it’s blood,” he said. “We have this philosophy in the Philippines where you don’t waste anything of the animal, from the rooter to the tooter.”

Resurreccion said he would consider resurrecting the blood stew, maybe as a Halloween special.

The restaurant’s 18 pre-pandemic employees dwindled to just eight in 2022.

Resurreccion credits his neighbors, friends and staff for keeping the restaurant going during the pandemic.

A PPP loan and generous landlords, Sebastian Joe’s owners Tim and Michael Pellizzer, were also “absolutely vital” to Apoy’s success. The Pellizzers reduced rent and advised Resurreccion and Nafstad on public relief programs for the restaurant.

Supply chain issues still plague Apoy, with Resurreccion paying nearly 75% more than pre-pandemic for a bulk bag of rice and lumpia wrappers and imported liquor hard to come by.

To combat the issues, Resurreccion said that the workers avoid wasting materials and raised prices to cover the increasing costs of ingredients.

Karaoke nights, which happen Saturdays from 9 p.m. to 11 p.m., are a relatively new feature to Apoy’s atmosphere that Resurreccion said were a gradual hit.

“Filipinos love karaoke, right? And I love karaoke, because I’m a Filipino,” he said. “I believe we’re the most hidden gem as far as karaoke bars are concerned in this town because we have some goddamn good singers in this house.”

Resurreccion’s friends from his theater days rock karaoke night, but he says that there are some impressive voices from other patrons too.

“You give someone enough San Miguel beers, they’ll start singing,” he said.

The best part of owning Apoy, according to Resurreccion, is the relationships he and his brother have made with neighbors and customers.

“The camaraderie that we built in a neighborhood, especially here in the Kingfield area, friends that we’ve made during this pandemic, from neighbors helping us sustain friendship and company and things like that, they were essential for my brother and I to keep our doors open,” he said. “I can’t tell you how many new friendships we’ve made because of this place.”

Resurreccion wants potential customers to know that Apoy is a community space to congregate, relax and come together over food.

“We’re a neighborhood joint. We’re here to feed you, for a moderate price, and you’re going to leave satisfied and we’re going to provide you the best service that we have,” he said. “We’re just here to take you away from your monotony for an hour or two.”

Apoy is located at 4301 Nicollet Avenue and is open Wednesday through Sunday from 5 p.m. to 10 p.m.. Karaoke runs until 11 p.m. on Saturdays.