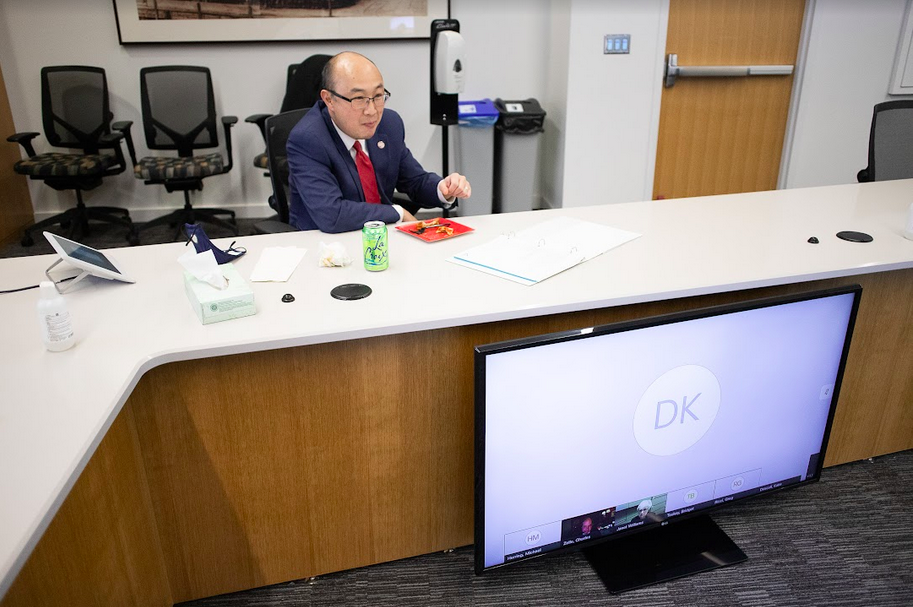 Seven finalists for a Metropolitan Council seat representing southwest Minneapolis made their case virtually before a selection committee on Dec. 9.

The Met Council, as it’s more commonly referred to, is a state entity that oversees the region’s transportation, public housing, open space, land use, and water and sewer systems. Its 17 leaders are appointed by the governor to serve terms concurrent with the governor’s. The Met Council finalists are filling the District 6 seat, left vacant by Lynnea Atlas-Ingebretson, who resigned in October.

Like the appointment process in 2019, Gov. Tim Walz convened a committee to decide who should fill the seat.

“We’ve heard from stakeholders that more input into members of the Metropolitan Council is key to selecting a high achieving council that really connects with and understands the needs of the metro communities it represents,” said Gov. Walz in a January 2019 statement.

About 20 people applied to fill the seat, which pays $20,000 annually and allows members to buy into the Met Council’s healthcare plan. Eight finalists were selected to interview with the committee, with one dropping out shortly before the interviews were to begin.

Most of the finalists are white and from managerial backgrounds, except John Pacheco, Jr., who is a Hispanic man and Aiysha Mustapha, who is a Black Muslim American woman. Four of the finalists live in Minneapolis, two live in Golden Valley and one in Crystal.

The Thursday evening meeting was conducted virtually, although candidates, committee members, and the public had the opportunity to appear in person at a meeting room at Metro Transit’s Heywood office complex in the North Loop.

Housing was a top priority among candidates at the meeting, particularly to Michael Herring, a real estate professional and lawyer who lives in Golden Valley. He talked about his upbringing in rural Mississippi.

“It starts with my mom. She raised three boys on her own in rural Mississippi, making slightly above the poverty line as a JC Penney's clerk. That's what housing my mother could provide us with, a small trailer in a trailer park, in rural Mississippi,” said Herring. “​​We can't fix generational poverty, we can't fix that without quality education and quality housing.”

Both Pacheco and Mustapha are interested in focusing on other nontraditional forms of housing, such as multigenerational and workforce housing, respectively. Finalists Tom Hoch and Mavity of Minneapolis have experience working in affordable housing and community development, although Mavity did not mention it during her interview.

Another Met Council priority is to increase community engagement — particularly among diverse and historically-marginalized communities — which some finalists have experience with. Pacheco, citing his service on both the Met Council and the selection committee under two governors, said he believes he is the most capable.

Two candidates — Mavity and Alex Cecchini of Minneapolis, whose last name rhymes with zucchini — mentioned needing to be creative in engaging people who are not yet engaged. Cecchini, through his service on the pedestrian advisory committee, mentioned going on walks with community members and the importance of being “accessible physically in the community.”

Racial equity was also discussed during the finalists meeting. Mustapha facilitates a pan-African affinity group in Robbinsdale schools to address issues such as bullying and helping those with a disability learn. She also mentioned chairing the board of African Career Education and Resource Inc., which works with African immigrants to advance racial and economic equity. Pacheco, who leads the Latino Chamber of Commerce has a long track record advocating for causes important to the Hispanic community.

Both Larry Fonnest of Golden Valley and Mavity participated in trainings facilitated by the Government Alliance on Race and Equity, which helps those in government understand what it means to make their agencies more equitable and racially just, while in elected office.

Three finalists mentioned climate change: Cecchini, Mavity, and Fonnest. Mavity talked about her experience with a breached sewer, in the ward that she represented on the St. Louis Park city council, caused by the Minnehaha Creek flooding.

“When [the sewer] was breached by flooding from Minnehaha Creek, we had to quickly look at all these strategies and sort of emergency responses, and then invested in re-meandering the creek for a more longer term solution. But we can't go from crisis to crisis. It's not cost effective, it's not strategic,” said Mavity.

Cecchini also believes climate change needs to be addressed through land use policy. The comprehensive planning process is about to start again soon.  Cities and counties represented by the Met Council have to tell the council what specific land use, housing, transportation, and economic changes they will make to handle population shifts over the next 25 years.

“Our ability to mitigate climate change, and also welcome those displaced by it into our region, depends on permissive and intentional growth planning across the entire Twin Cities,” said Cecchini.

Transportation, ironically, was not mentioned much in the meeting. The public was given an opportunity to tell selection committee members what qualities they should prioritize in choosing the next Met Council member, including whether the person rides Metro Transit regularly. It’s not clear if the selection committee received any feedback.

It’s also not clear if all the candidates are transit riders. Mustapha is not. In fact, it was our region’s public transit system that led her to get a car.

“I have ridden public transportation here...And that was why I got a car,” said Mustapha.

Pacheco rides transit to work from his home in south Minneapolis to St. Paul for work and meetings at the state capitol. It’s important to him because it helps people get around and it helps him with his work in the community.

“Transit’s probably the most [important] for me, and it also offers you an opportunity to meet with the community folks,” Pacheco said. “Transit for communities of color, particularly Latino community, is very, very important and more important; when you're denying people getting a driver's license. How do you expect them to come to the jobs downtown?”

At the end of the Dec. 9 meeting, the selection committee broke into closed session shortly after to deliberate over who to recommend to Gov. Walz for appointment. The committee anticipates recommending a candidate to the governor the week of Dec. 13.

For even more information, check out our Twitter thread from this selection committee meeting.