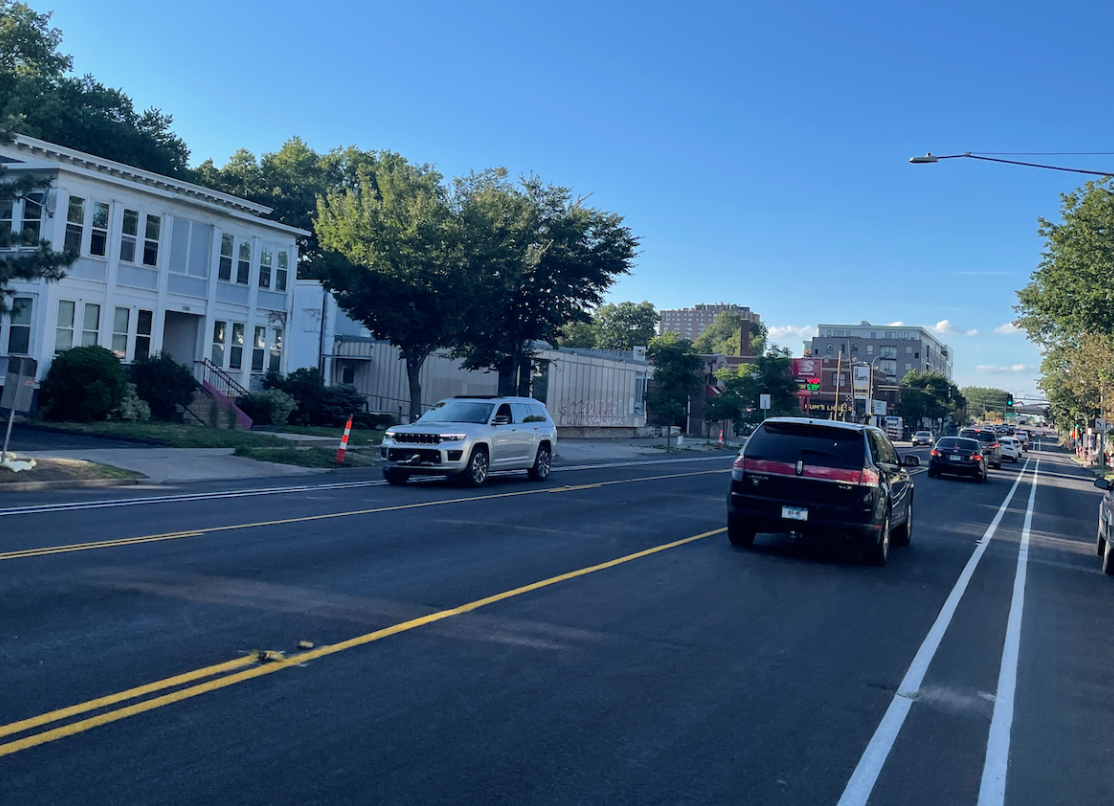 The lane striping is in on Lyndale Ave. South. Have questions or thoughts on how it's going so far? Shoot us a note

There's a Public Works & Infrastructure Committee meeting today at 1:30 p.m. (agenda here). There will be an additional discussion on the layout of the Hennepin Ave. South redesign, where the committee will work to find a path forward following the mayor's veto of the design featuring 24/7 bus lanes.

There will also be a discussion on sidewalk snow and ice removal assessments that haven't yet been paid (here's a list). They're scheduled to vote on having the remaining payments "be collected in their entirety on the 2023 real estate tax statements with interest charged at 2.3%."

Additionally, the committee is set to schedule a public hearing on Special Service Districts (including 50th & France, 54th & Lyndale, and Lyndale-Lake) for September 15 to discuss services and associated assessments on property owners in each district.

‍The Community Advisory Committee will meet from 6:00 - 9:00 p.m. tonight at Lake of the Isles Lutheran Church, at 2020 W Lake of the Isles Pkwy. There will be presentations from the Water Quality Subcommittee and work groups with recommendations on Natural Areas Restoration and Circulation. If you can't make it tonight, there will be another open house on August 10.

Want a quicker way to let the Park Board know how you feel about the proposed design? You can fill out their online survey here.

Anna went a bit deeper with the owner of Larue's to get the backstory on their move to Linden Hills. The short version is that she's concerned about parking in her current location, both as a result of the popularity of Khâluna across the street and the city's redesign of Lyndale Avenue and 40th Street.

They'll be open in their current location until August 28, and will be opening in their new location at the corner of 43rd & Upton on Labor Day Weekend.

A call to action from the folks at Common Roots: Lyndale Ave. South construction has been tough on the businesses over there, so get out and spend some money with the local businesses that you love to support them if you can. (Twitter)

A great story on a Little Free Library in Linden Hills and the community that it has cultivated. (Streets MN)

Some funky art is starting to come together at Arts + Rec Uptown, the new mini golf/sculpture garden coming to Seven Points. Check out the photos over on their Instagram page. (Instagram)

The Minneapolis Police Department awarded a few officers with their Medal of Valor yesterday, including one that found a gun that had been used at 14 different crime scenes. (Star Tribune)

Sahan Journal and Pollen teamed up on another Hennepin County Attorney voter guide (and here is ours, by the way, if you haven't read it yet). (Pollen/Sahan Journal)

Cathy Wurzer interviewed a professor at the University of Minnesota about the Minneapolis Police Department buyback program. (MPR)

Representative Jamie Long received the Legislator of Distinction award from the League Minnesota of Cities: "Rep. Long carried a bill that would have addressed trends and costs related to public safety duty disability claims. The measure would have implemented mental injury prevention measures, fully funded the employer share of the continued health insurance benefit required under Minnesota law, and kept employees on payroll while being treated for a mental injury." (League of Minnesota Cities)

Michael Sack, a contributor to Southwest Voices, was featured again for his efforts to make our sidewalks better. (WCCO)

An update on the Soo Line Garden ADA path plan from Hennepin County staff: "The project team is continuing to work with the community and partners to fully understand concerns and evaluate opportunities and impacts with the project. We plan to share additional updates on the project as this work continues through the summer."

The City of Minneapolis is launching an effort "to recruit talented, diverse applicants for jobs in the police department, 911 and other hard-to-fill positions", starting with finding a consultant to create and launch a multi-year recruitment and marketing campaign. Proposals of up to $1 million are being accepted, which will be paid for with American Rescue Plan Act dollars.

Mondays - Thursdays through the end of August, teenagers can join the Park Board's group bike rides around the city.

Sign up to attend meetings on Hennepin County Library's Strategic Planning Project, which will be coming to Whittier Community Center on August 4th.

Lakes and Legends is hosting an event with the Minnesota Farmers Market Association tonight from 3 - 10 p.m. in their taproom. There will be a limited release beer drop featuring locally sourced fruit and a bunch of great local farmers market vendors.

Pao Houa Her’s solo show, Paj qaum ntuj/Flowers Of The Sky, will open at the Walker Art Center today. The images were taken around Mount Shasta, California, where many Hmong people own and operate marijuana grow farms. FUN FACT: Melody used to work with Pao at Anoka-Ramsey Community College.

LynLake Brewery is hosting a Paint & Sip with Your Bearded Artist at 7 p.m.

Get out and support The HYPE the The Hemp House for Black Business Week.

PUNX comes back to the Uptown VFW tonight. If you're into that, Melody did a highlight of Emo Night on our Instagram that might be up your alley.

The Hale Page Diamond Lake Community Association is hosting a picnic in Pearl Park from 5:30 - 8:30 p.m. There will be a dunk tank that Ward 11 Councilmember Emily Koski will be participating in.