Halal burgers are stars at Urban Skillet and on TikTok 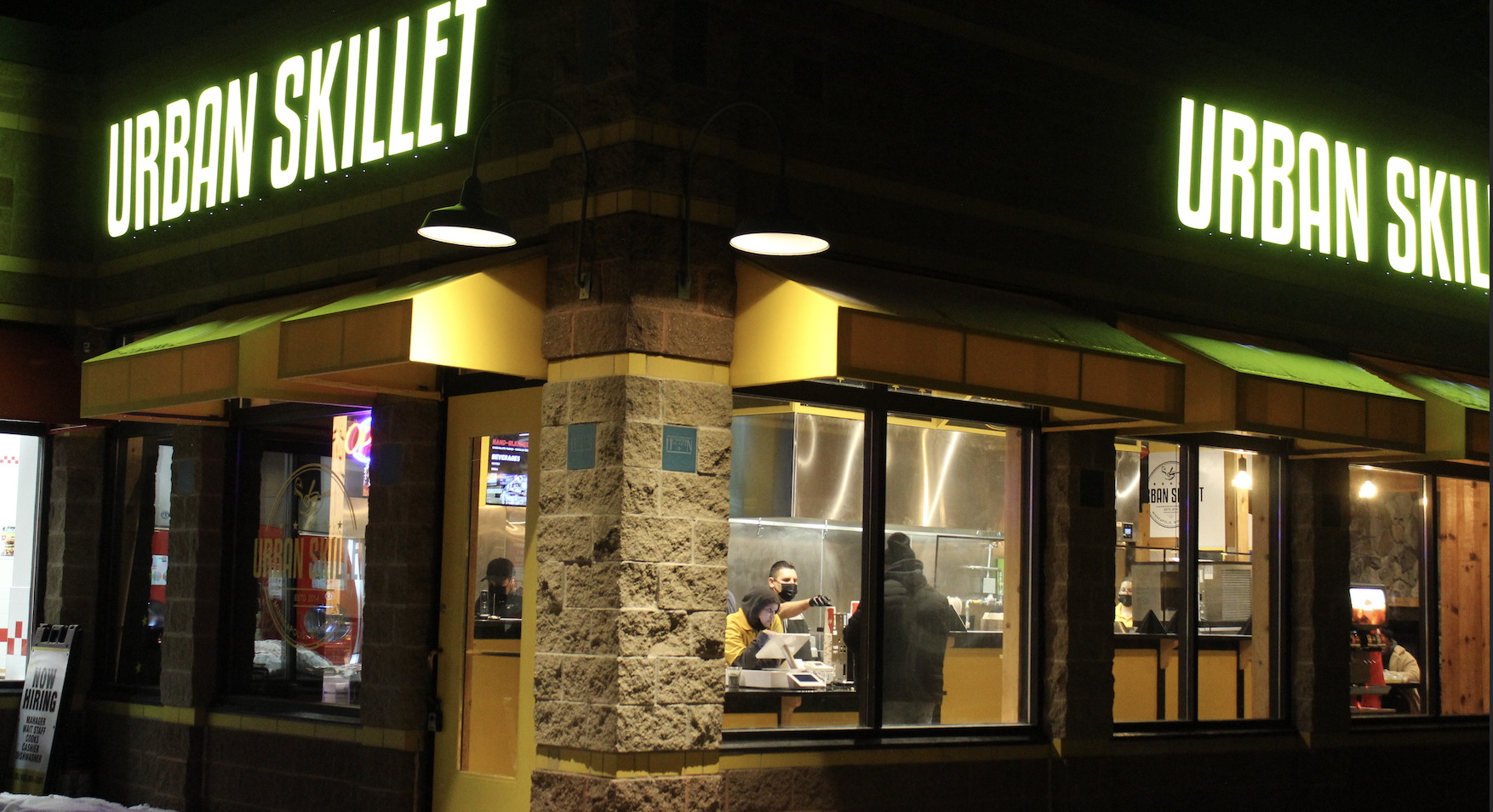 The grand opening of Urban Skillet last month was much busier than anticipated. TikTok spurred even more hype. Where did this Somali-owned, halal-based burger joint come from?

When MJ Mohammed took his first bite of an Urban Skillet burger in Los Angeles back in 2019, he knew he had to share that experience with his friends and family back home in Minnesota. Two years later, Mohammed launched his own Urban Skillet franchise in Minneapolis with the help of its founder, Azeem Farooq.

Urban Skillet serves 100% halal grass-fed beef, which gives Muslim Americans the ability to enjoy a meal that’s in accordance with their faith plus all of the convenience of a casual dining experience.

“The first time I tasted it I was like damn this is crazy and it’s halal,” Mohammed said. “When I saw the owner of Urban Skillet I was like, ‘hey man I want to talk to you. I want to take this home.’ He looked at me like how? I said, ‘don’t worry about that part.’”

Mohammed was so confident in Urban Skillet’s business model that he signed the franchise contract with Farooq without having secured a physical space.

Within a year, Mohammed had secured a location near the corner of Hennepin Avenue S. and W. 24th Street in Minneapolis next door to Five Guys, a popular burger chain. He chose this location because of the area's ability to draw all types of individuals, namely young people.

Despite his confidence, Mohammed faced an uphill battle in the attempt to open a restaurant during the height of the pandemic. The downtime proved useful for the first-time restaurant owner who utilized this period as a way to navigate the health codes and secure the right vendors.

The hype slowly started to build as people grew curious when passing by the restaurant’s large yellow sign visible from across the street. Mohammed had it traded in from the restaurant’s original white and black logo.

Mohamed had faith in the Twin Cities community supporting his restaurant because, from his perspective, Urban Skillet was filling a much-needed void. In Minneapolis, Urban Skillet has found its home among a large Muslim American community.

Having grown up in Minneapolis’s Southside, Mohammed knew what a restaurant like his would mean to the young people. He attended Sanford Middle School and graduated from Richfield High School so the Southside was his stomping grounds.

“We got people that grew up here. They’re Americans and also they’re Muslim. We have to follow our culture and our religion, but the food being halal isn’t just for Muslims,” he explained.

As a part of the Islamic faith, a Muslim should only consume food that is considered “halal” or permissible in Arabic. The animal whose meat is being consumed must be slaughtered in a way that causes them no pain or fright. Due to their shared history and connection, Muslims can consume animal products that are deemed kosher because of the similar practice.

Urban Skillet’s menu consists of burgers like the Original Skillet which comes with caramelized onions, lettuce, pickles, and the Southern BBQ Burger which contains their house sauce, tangy bbq sauce, and halal bacon. The burgers are complemented by five different options for loaded fries and their hand-blended shakes that come in four different flavors: Chocolate Fudge, Vanilla Bean, Oreo Blast, and Urban Honey.

Because of its cross-section of culture and cuisine, Urban Skillet's Feb. 14 grand opening had a large show out. Several of the tables were occupied with a line stretching out the door. Though he knew that the community would show up, Mohammed was blown away by the response. “I had a lot of friends come from over north Minneapolis, the suburbs. They literally couldn't get in. It was mad love,” he said.

Much of that love came from young Somalis in the Twin Cities who showed up as a show of support for a Somali-owned business.

Laban Barqadle, a high school student from Northeast Minneapolis came to Urban Skillet with a few friends just for that reason.

“The place is a Somali-owned place so we have to come support Somali-owned businesses,” Barqadle said. “It doesn't matter if it’s good or bad, but I’m pretty sure it’s good with all the hype around it.”

Barqadle heard about Urban Skillet from a friend who was spreading the word. “Someone sent it to a group chat I was in. A foodie. And they sent it to me and I was like, yo I need to go,” he said

Barqadle’s friend, Ahmed Abdi, sat across the table with his food laid out. “I don’t even like burgers and this is the best burger I’ve ate so far,” Ahmed said after taking a huge bite. He also shared his surprise at the bacon in his burger being halal. “The bacon is something new too. I ain’t never seen Muslim bacon.”

Barqadle and his friends agreed that Urban Skillet was going to be a hang-out spot for them in the future. “This is definitely for after a hoop session to come eat, wallahi,” Barqadle stated.

Much of the excitement for Urban Skillet was built online as TikTok users posted their reviews.  Food-focused content creators like Munamealz and Momo Omar both gained tens of thousands of views on their videos that took their viewers onboard their trip to Urban Skillet.

The restaurant’s dining area showcases a large mural of the Minneapolis skyline. The piece was created by Gulsan Osman of Gulsan Arts, a painter and muralist based in Minneapolis. Most of his work can be seen at schools, daycares, and restaurants like Quruxlow.

The mural depicts the Minneapolis skyline with the night sky in the background. It puts the city within its own galaxy, far removed from Earth, but among the stars and other systems. Osman’s intention behind the piece was to transport the restaurant’s patrons during their visit.

“It’s basically to remind them of where they’re at and the beauty of the place they’re enjoying themselves. At the same time to see that they are in another world with the depiction of the spheres,” Osman said.

After an overwhelming yet positive first month, Mohammed said he is looking to expand with all of the support. He wants to open two more locations in the near future at popular spots in the Twin Cities to expand Urban Skillet’s reach.

Urban Skillet is located at 2300 Hennepin Ave. S. and is open Tuesday-Sunday.