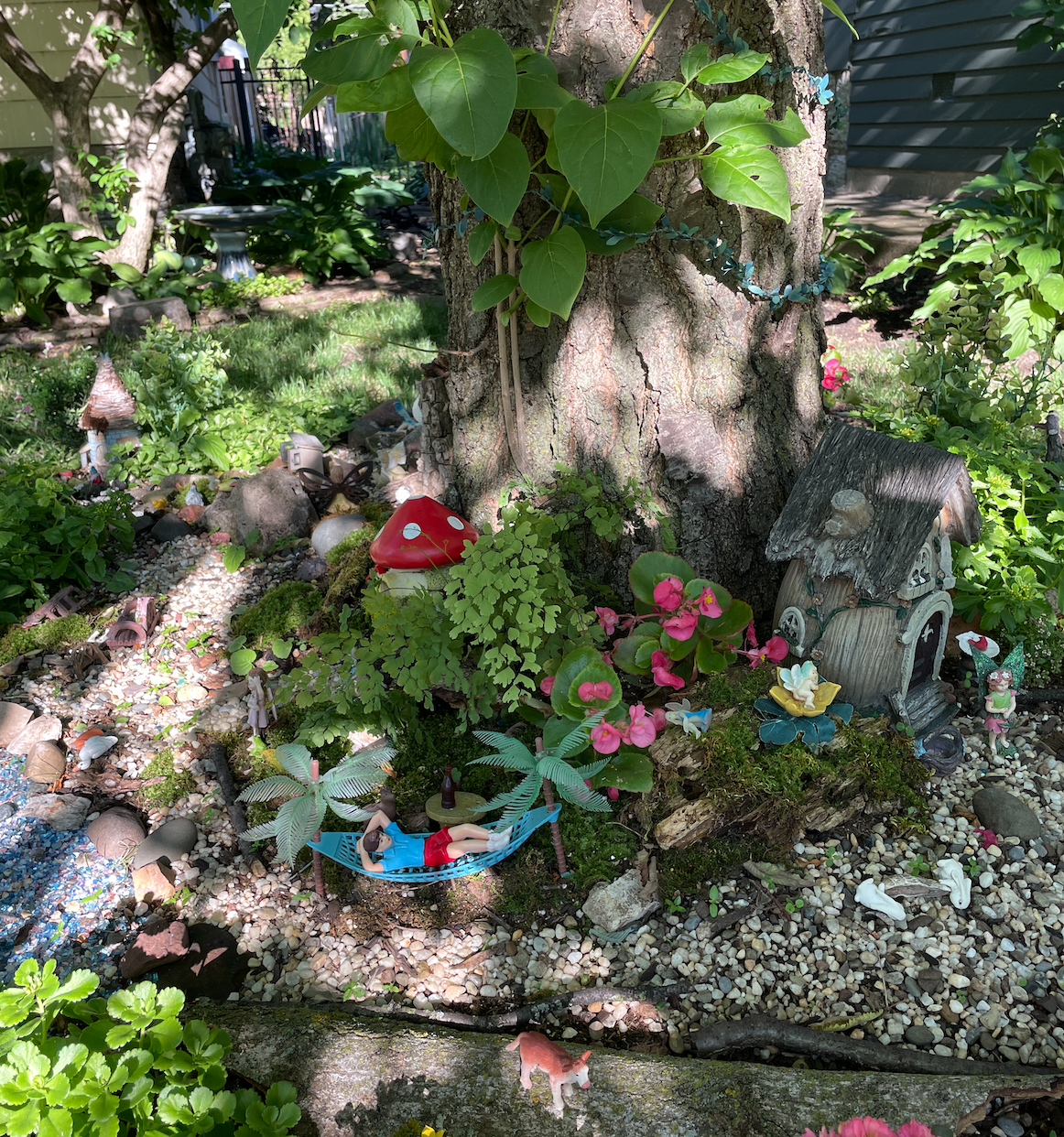 A person relaxes in a fairy garden on Bryant

The City Council has a big meeting  that started at 9:30 a.m. Today's agenda includes a final vote on the Hennepin Ave S. redesign (some background on the opposition here, as well as a few of the supportive voices here) and a scheduled vote on the Mayor's nomination of Heather Johnston to be City Coordinator (who faced harsh criticism at an earlier hearing), and approving over $1.6 million in police officer worker comp's claims.

Once the Council passes the Hennepin Ave. S design it will go to the Mayor for approval. You can follow along by watching the city's YouTube channel now.

The Minneapolis Public Schools academic year was extended by two weeks following the strike, which the district said was to make up for lost time during the teachers strike. However, the district's contract with most of the school kitchen staff ended June 10, and funding for healthy snacks provided through the Fresh Fruit and Vegetable program ran out at the end of May.

Because of that, students have been getting "picnic type meals" for lunch, and parents have told us their kids haven't been getting snacks served at school. However, the district is saying they are getting snacks. We want to know – what's going on at your kid's school?

A judge ordered the City of Minneapolis to stop the implementation of the 2040 Plan, a comprehensive plan that, among other things, made it easier for people in the city to build denser, multi-family housing. The suit was brought on environmental grounds, saying that adding more people could pollute the city's natural resources, despite a wide range of research that shows denser urban housing to be one of the most important ways to combat climate change by helping to get more cars off the road and reducing vehicle emissions.

The city will be appealing the decision, but the city attorney recommended putting a pause on all zoning decisions for the time being at the council meeting this morning. The story was original broken by David Brauer on Twitter.

Little Tijuana will be reborn thanks to the teams from Petite Leon and Tattersall, focusing on really good cocktails, some interesting bites like rice cracker nachos, chopped cheese sandwiches, and Russian dumplings, and ideally the same general ambience as the old Little T's with an updated stereo and records. They'll open tomorrow (Friday) at 4 p.m. (Star Tribune)

A look at the retail shift in Uptown, with Urban Outfitters heading out and Arts & Rec mini golf coming in. (Twin Cities Business Magazine)

The city is planning to setup a new Labor Standards Board that includes workers, business leaders, and public officials to address worker satisfaction, pay, and equity issues. (Star Tribune)

‍Kingfield PorchFest is tonight from 6-9 p.m. Walk around the neighborhood and check out live music on porches across the neighborhood, between 36th to 46th Street South and Lyndale Avenue to 35W. 40 local musical groups across 25 porches, all for free. Very cool.

Heads up: Lake of the Isles Parkway between Russell and Sheridan will be closed next Tuesday to replace a residential gas line.

The Bakken is hosting Bakkenalia: Chromatics and Cocktails, in which you get to go drink cocktails in their garden, listen to a DJ, and play around with electricity at their exhibits inside.

Liam Gerard is playing at the Lake Harriet Bandshell at 7:30.

"Spiderman: No Way Home" will be playing outdoors at Lyndale Farmstead Park starting at 9:15.