Here's what the Jungle Theater has planned for its upcoming season

The Jungle Theater's upcoming season kicks off on October 13. 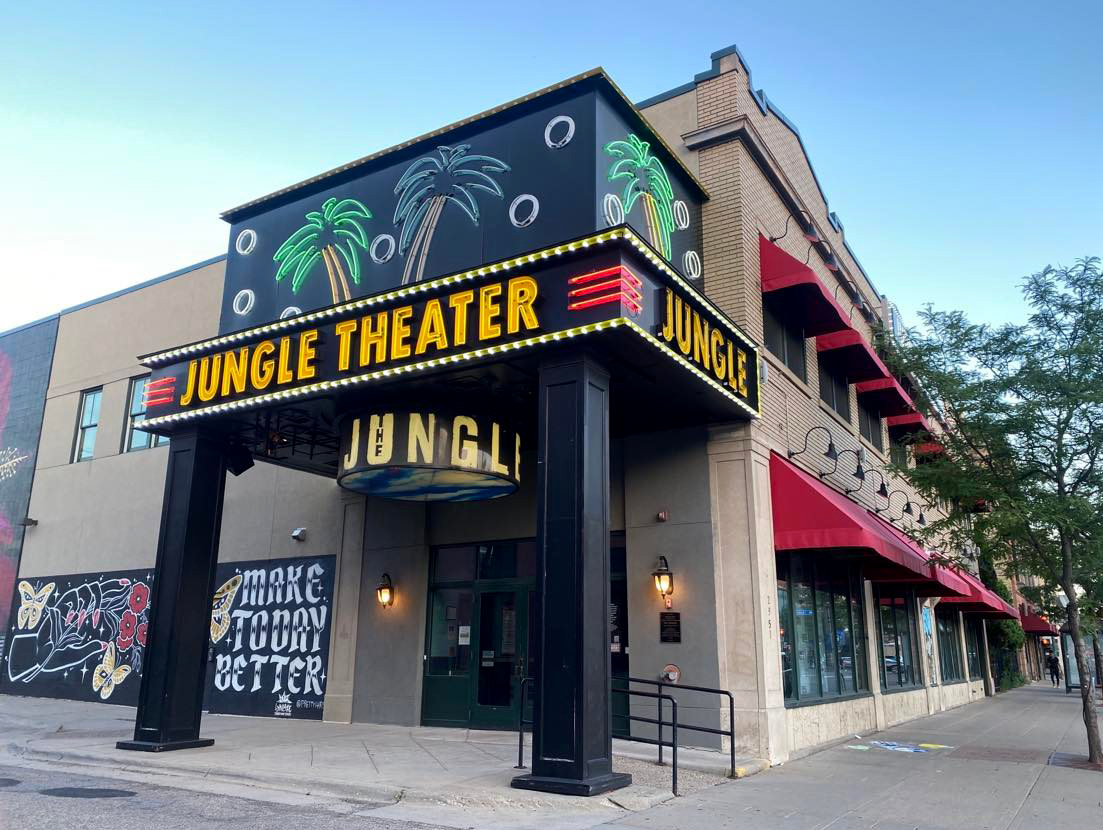 The Jungle Theater's upcoming season kicks off on October 13. You can buy a ticket subscription package here. The theater is also bringing back tits innovative "Pay As You Are" pricing, which allows people to pay less than face value if they need to.

OF PIGS AND PIANOS

This theatrical, one-woman piano show explores Sara Davis Buechner’s extraordinary life story in music and words, consisting of excerpts from her recently completed autobiography, illustrated with luminous piano performances, visual imagery and dramatic narration. First in our series of JUNGLE PRESENTS as a complement to our in-house produced lineup -- allowing the Jungle to shine a light on new and important voices and stories. Sara Davis Buechner’s OF PIGS AND PIANOS gives the Jungle Theater the exciting opportunity to profile a nationally renowned artist and galvanize our support of LGBTQIA+ stories and artists.

The final chapter of the beloved Christmas at Pemberley trilogy. The characters from Jane

Austen’s Pride and Prejudice return for a third and final installment of the Pemberley trilogy.  The youngest Darcy and Bennet sisters have become fast friends, and eagerly await the arrival of Georgiana’s secret correspondent. Mix-ups of manners and overprotective big brother Mr. Darcy keep romance from unfolding easily. But music, ambition, friendship, and sisterhood lead to happiness… and a love story that spans a lifetime.

Co-directed by artistic cohort member Angela Timberman, the Jungle Theater is excited to profile the perseverance of women in this rolling world premiere in partnership with Marin Theatre Company and Northlight Theatre.

KING GILGAMESH & THE MAN OF THE WILD

Moneka and Jesse LaVercombe accompanied by acclaimed Arabic-maqam / jazz band, Moneka Arabic Jazz. This next JUNGLE PRESENTS show gives the Jungle the exciting opportunity to partner with Toronto-based creative team and exiled Iraqi artist Ahmed Moneka as well as Jungle artist Jesse LaVercombe, seen in past Christmas at Pemberley shows. This new work is filled with music as well as ancient and modern tales of friendship to tell this important story.

The Jungle Theater is excited to co-produce this brand-new work by our inaugural cohort member, JuCoby Johnson.

Best friends Jay and Evan run a convenience store in a rapidly changing neighborhood. When a real estate developer stops by with an offer to buy the place, their deep-rooted connection is tested. As the choice to sell weighs on Evan’s shoulders, and with only 24 hours to decide, their community is ripped apart and the very foundation of the world around them begins to rumble and quake. 5 revolves around a transformative tale of friendship &amp; betrayal—laying bare what is truly at stake when decisions of self-preservation and community are on the line.

THE COURTROOM: A REENACTMENT OF ONE WOMAN'S DEPORTATION PROCEEDINGS

This unique show has garnered great critical attention in recent years, performed as a mock-trial and in real courtrooms to blur the lines of reality &amp; theater to tell this impactful story.

Arranged by Tony nominee Arian Moayed, THE COURTROOM explores and examines the U.S. immigration system and those at its mercy.

A re-enactment of deportation proceedings lifts excerpts from courtroom transcripts, the performance piece recounts the hearings of an immigrant from the Philippines on a K3 Visa who faced deportation once she inadvertently registered to vote in Chicago and voting after receiving a registration card.

An additional FREE offering of the Jungle’s 2022-23 Season is four Play Readings by new playwrights. This play reading series gives us the opportunity to showcase exciting writers that the Jungle wants to support. One of the realities of producing theater is that there are limited spots in a season, and there will always be more plays worthy of production than there are time and resources.

Our Play Reading Series addresses the desire to share more plays and playwrights by eliminating the technical design elements and giving you the opportunity to experience a script before it has been produced.