How a new coffee shop connects Egypt, Lebanon, Jordan (not that one), and Whittier 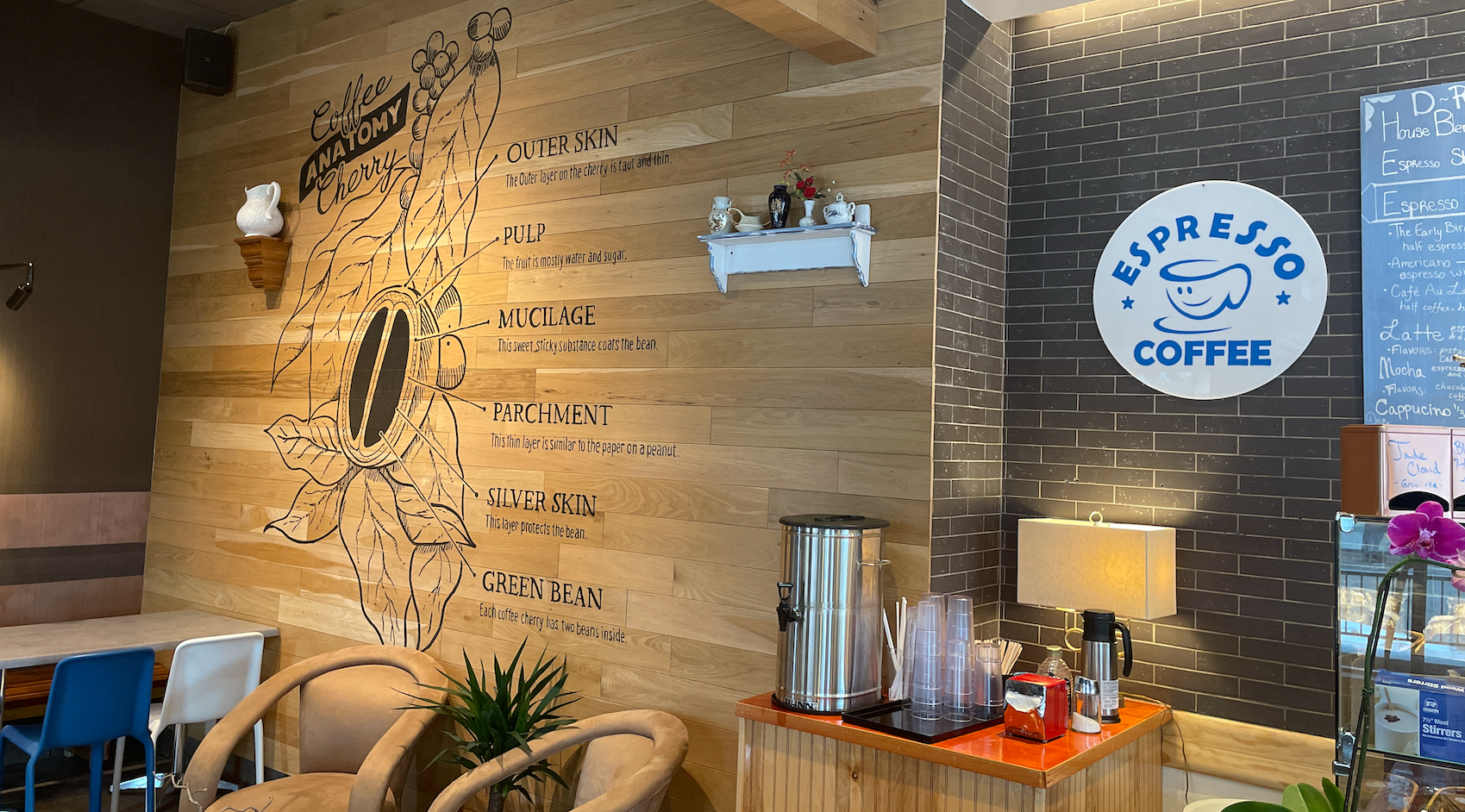 The front area of Espresso Coffee at Franklin and Nicollet

Before Espresso Coffee opened at the corner of Nicollet and Franklin, Ayman Samie had seen a version of America that he knew he needed to be a part of.

Growing up in Egypt, Ayman Samie pined after 1950s Americana. “Diners, road trips, truck stops, everything like that,” Samie said as we chatted over coffee on a snowy February afternoon.  When he finally came to the U.S., the idea of the open road and a greasy spoon were at the front of his mind.

He and his wife drove around the back roads of Minnesota, looking for a taste of the life that he came to know in American movies and television. Those long drives eventually brought them to a truck stop outside of Jordan, Minnesota. “I came to the U.S. to start my own business and have a better lifestyle,” Samie said. He decided to buy the truck stop on the spot.

But his entrepreneurial streak was just getting started. He expanded by buying Herman’s Bakery in Cambridge, and later bought Milda’s Cafe in the Harrison neighborhood of Minneapolis in 2016. On both occasions, it was the old school diner vibes that jumped out at him.

Espresso Coffee is technically a chain – but this is their first location west of Lebanon. After launching the brand in Egypt, he expanded it to Lebanon before opening here. They share a menu, logo, and Facebook page with the Egyptian branch, which is located northeast of Cairo in a town on the Nile River.

So, why did Samie choose Whittier for the next Espresso Coffee location? “I’m used to a condensed, busy society from Egypt. I like the mix of people, and I love busy corners,” he said. Under any definition, his location at 2000 Nicollet Ave S. would certainly qualify “It has lots of diversity, just like Milda’s,” Samie continued.

The venue has roots as a coffee shop, as he is taking over for a defunct Starbucks. “It’s a good location. The community has been very welcoming,” Samie said. “It’s totally safe here. I care about quality and atmosphere. It’s already a very different place than Starbucks was.”

Samie has his own spin on caffeinated beverages, too. “The coffee is more European-style – more spices, more flavors. We pay attention to it, we don’t just throw a cup at you.”

Don’t forget about their food, either. Their chicken shawarma has been their top seller. They have big, “New York-style” bagels, which Samie recommends you get with egg and cheese on top. They have burgers and “old school” malts, an homage to the diners that made Samie fall in love with America in the first place. They also have a buffalo chicken sandwich coming soon.

While we chatted, a couple neighbors came in to say how excited they were to see life breathed back into the corner. Samie mentioned, over and over, how excited he is to be in the neighborhood. “I’ve been in Minnesota all my life. I believe people here are very kind. I want to stay here and make a difference. We are here for the neighborhood, but we need everyone’s support,” Samie said.