How the Groveland Food Shelf has Navigated the Last Three Years 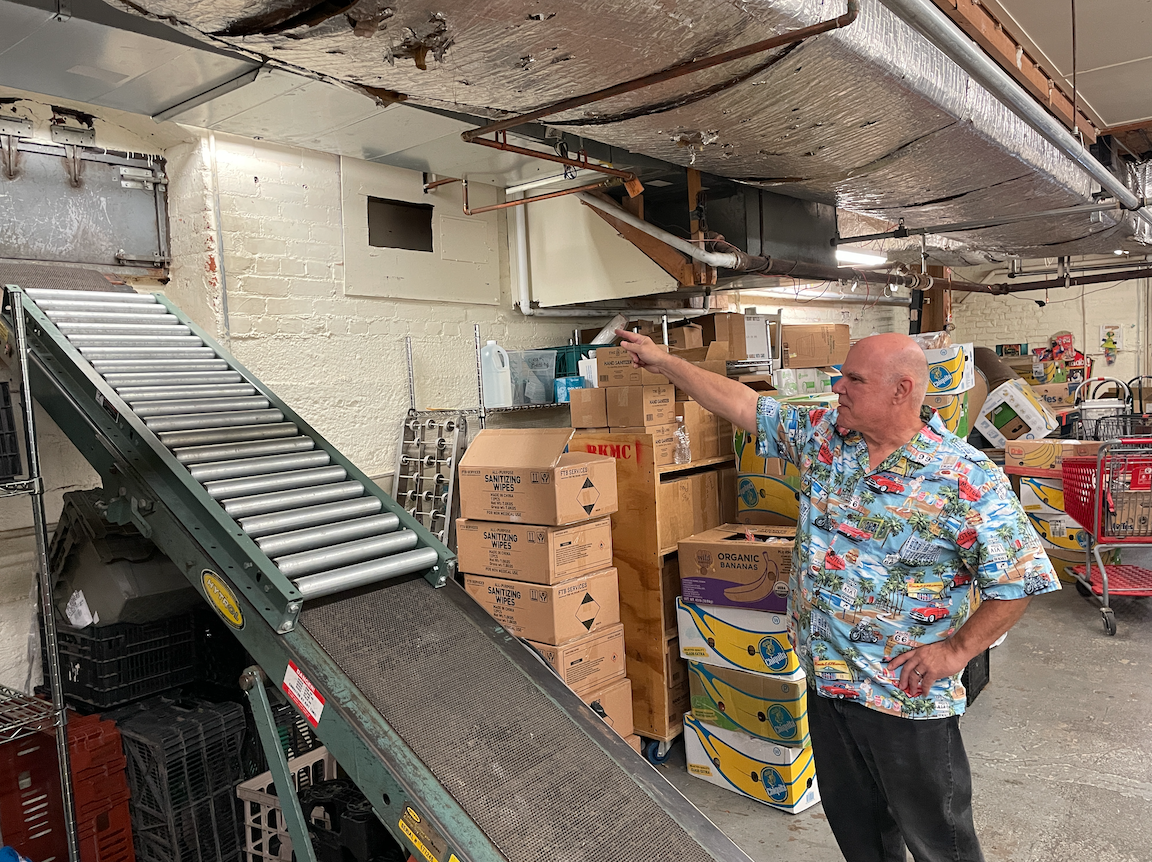 The events of the last couple years have forced us all to confront an essential question: When the economy and our society is disrupted in unpredictable ways, and the government doesn’t have the ability to react quickly enough to fill every hole that’s created, who catches people on the way down? It is there that organizations like the Groveland Food Shelf step into the void [here’s a link to donate to them, which will appear again at the bottom of the story].

The organization’s story over the last couple of years tracks very closely with the larger stories that we’ve all lived through since the beginning of 2020 – with major changes linked to the pandemic, the unrest following the murder of George Floyd, and the rising prices of food and other essential goods that have made life more difficult for everyone, but especially the people in our community that could least afford it.

When COVID hit the U.S., Groveland had to act fast. Indoor activities were off-the-table, but needs across the community were rising, so they had to completely change the way they operated to meet the moment.

They quickly moved their operations out to the sidewalk along Franklin Avenue, where they continued to serve their patrons, who were rapidly growing in numbers by the day. While it shifted how they served people, their Executive Director Dave Enghusen says he didn’t hear a single complaint that everything had changed overnight. “People at the bottom of the economic scale have to be reliant and adjust quickly or they don’t survive.”

Enghusen says that during that period, the number of primarily Spanish-speaking people they served increased from 5% of their total visitors to upwards of 70%. He added that some of these people didn’t have documentation to access benefits through many government programs, so relied on places like Groveland to make it through.

Morgan Stemberger, who was there picking up groceries in October, talked about what Groveland meant to her during that period of time. “I'd recently become unemployed, money was tight and therefore food was as well. Discovering Groveland as a resource was amazing - it meant that being broke didn't have to mean being hungry.”

These rapid changes, driven by economic trends well beyond their control, were a sign of how the coming years and months would go. While the uptick in visitors that followed a global economic disruption may have been expected, the donations that came with them were not.

The first several weeks saw a large increase in local donations that boosted the organization’s budget reserves. Following the murder of George Floyd, their donations exploded – and went international. The food shelf received donations from as far away as London, and one young girl from Arkansas sent them a letter with her donation that said, “I saw the fires and wanted to help the people that don’t have food.”

The increase in costs that has rippled through the economy since then has caused their organization to take a few hits. Canned goods are harder to come by because of supply chain issues. Rising grocery prices have led to more and more people relying on their organization for food.

Before the pandemic, the organization served close to 2,000 people each month. By April 2020, that number had ballooned to over 6,000 people. After receding, September 2022 brought 6,220 people back through their doors, which was their biggest month since the onset of the pandemic. Enghusen expects this November to come in close to 6,000 people once again. He attributes the uptick in the past couple of months to rising grocery prices that have forced people to seek alternatives to their normal routines.

The food shelf, which was launched by Plymouth Congregational Church in 1975, is open almost every weekday. By 9:30 each morning, they’re usually full. Their food is sourced from “food rescue” from local grocery stores that are getting rid of perishable items that still have a couple days left and supplemented with purchases from Second Harvest and other groups to fill in the gaps.

Groveland’s services mean that not only can people put food on their table, but also do it in a healthier way. “Growing up, my family wasn't super well off, so from a young age I remember food decisions being really wrapped up with money. It's not just 'what do I want to eat?' it's 'what can I afford to eat?' Going to Groveland took money out of the equation - deciding what food to take home without having to budget around it,” said Stemberger.

The organization plays a much larger role in many people’s lives than just as a place where people can go for groceries. Enghusen sensed a change in the city before the pandemic, when he says he saw homelessness increasing dating back to 2019. That led to Groveland having to increase services to account for it. In September, a man who was known to several of Groveland’s regular visitors was shot and killed near the church. Enghusen worked to connect with people to help them work through their trauma.

“I remember when the war broke out in Ukraine, I was going nearly every day because it felt like a comforting and supportive space that helped me feel emotionally okay while the world was on fire,” said Stemberger.

More recently, Groveland’s donations have leveled off from the highest levels of 2020. Their volunteer base has taken a hit, with many of their regulars not having come back yet or leaving the volunteer pool entirely after the pandemic. One of their best sources of volunteers is corporate groups who participate through their workplace.

Enghusen is planning to retire in January after years running the organization. He joined Groveland back in 1994 after burning out in his job as a computer programmer, which led him to go to a massage school in Florida, before he shifted gears to join the organization. He’s served as their Director since 2000.

“The people that come here are people like you and me. We are the lucky ones. We have a place to live. Being here really allows you to build empathy,” said Enghusen.

Groveland Food Shelf is located at 1900 Nicollet Ave S, where they operate out of Plymouth Congregational Church. They are open Monday - Friday from 9:30 a.m. - 12:00 p.m.. If you need food, you are eligible.