How the MPD can shrink while its budget grows, Hennepin Ave redesign, last public budget hearing, packed Park Board meeting 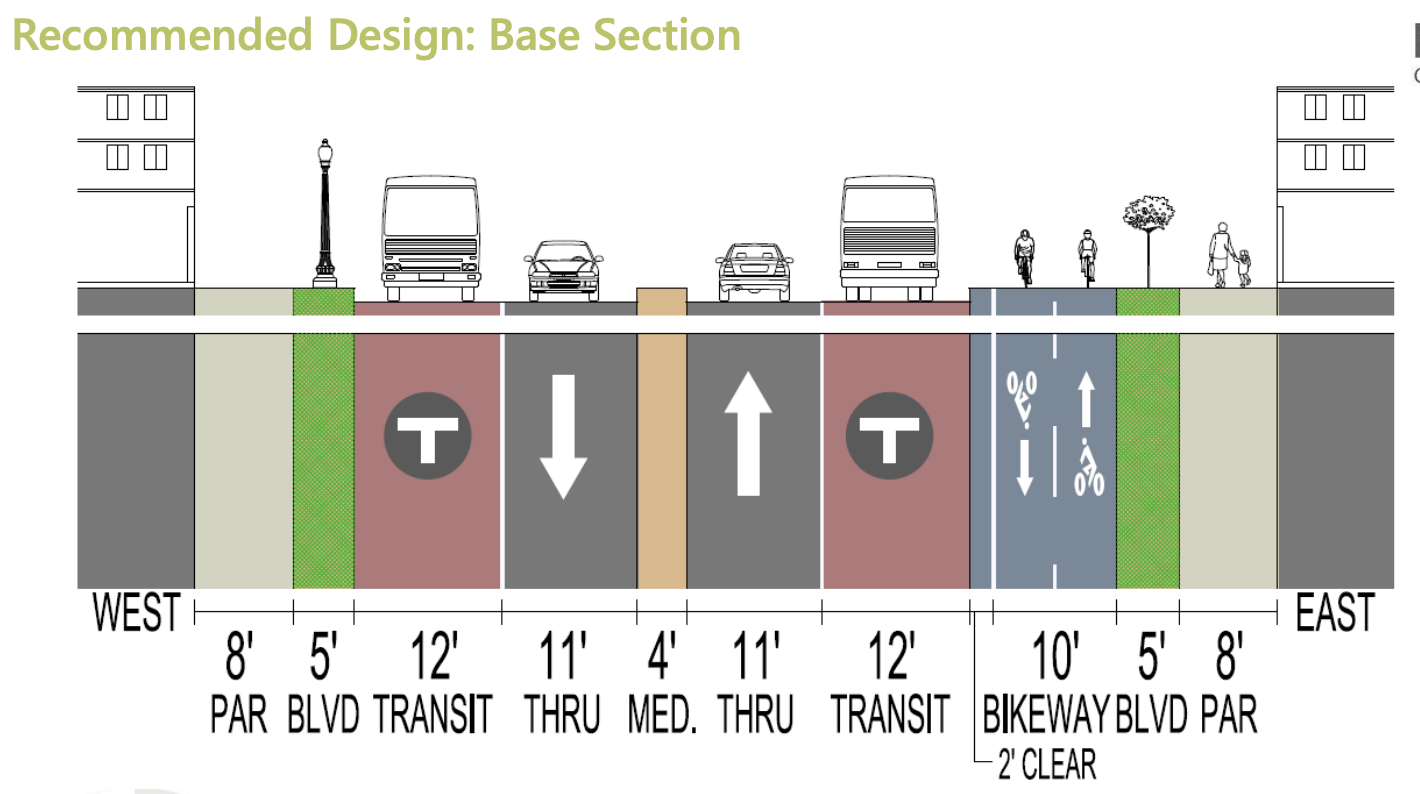 The city's final public budget hearing is today. A big focus of this budget cycle has been on the Police Department. We put together a breakdown that shows why the Police budget proposes spending more money on fewer people than they had in 2019.

Here's some information on how to watch when the hearing kicks off at 6:05 PM. You can sign up to speak here up until 3:05 PM (three hours before the meeting).

Big news from the city's public works department – the new Hennepin Ave S redesign is out.

Their draft design calls for two lanes for cars with a small median between, two lanes for buses (which will eventually house the E Line), two elevated lanes for bikes (which will take up less space than any one of the car or bus lanes), two sidewalks for pedestrians, and two boulevards for lighting and trees. They'll also be keeping dedicated loading and parking zones in front of local businesses on most blocks.

Have thoughts on the design? The city's asking for comments by January 28th, and will be hosting a virtual open house on January 13th. We'll be launching a project page to keep people informed, share perspectives, and let you know when and how you can make your thoughts heard soon. Scroll down to check out a photo of the proposed street layout.

The Park Board holds their regular monthly meeting tonight.

On the agenda: a vote to raise Park Board commission salaries to $20k/year (a 60% raise that will bring them in line with the School Board), an amendment to eliminate youth programming fees for parks in areas with concentrated poverty, $11k for the Painter Park redesign, $2.5 million in playground and wading pool improvements, $800k to remove diseased trees, and re-approval of the tax levy that funds Mia (Minneapolis Institute of Art).

There are also several proposed changes to Park fees, including an amendment to raise annual parking pass fees from $40 to $50, reduce the fee for buskers/musicians from $50 to $5, and  a $174-299 increase to rental fees for the Wirth Chalet and Columbia Manor event rooms.

Was organized crime behind the demise of Minneapolis' streetcar network? (Star Tribune)

The city's park rinks will be back soon! In Southwest alone, Lake of the Isles, Bryant Square Park, Lyndale Farmstead, Linden Hills, Lynnhurst, Kenny, and Armatage will be up and running soon. (Racket)

Catgo (that's bingo, but with cats) is kicking off at Cafe Meow, which is MInnesota's first and only cat cafe, tonight at 5:45 PM.

LynLake Brewery is hosting an open mic night for "comedians, poets, musicians, etc." from 6-9 tonight. Just show up and get on the list. Personally, I'd be most interested to see the "etc.".