DonateAdvertise With UsBecome a Member
Our Story

You voted on our name. Here's why we're so excited to be "Southwest Voices". 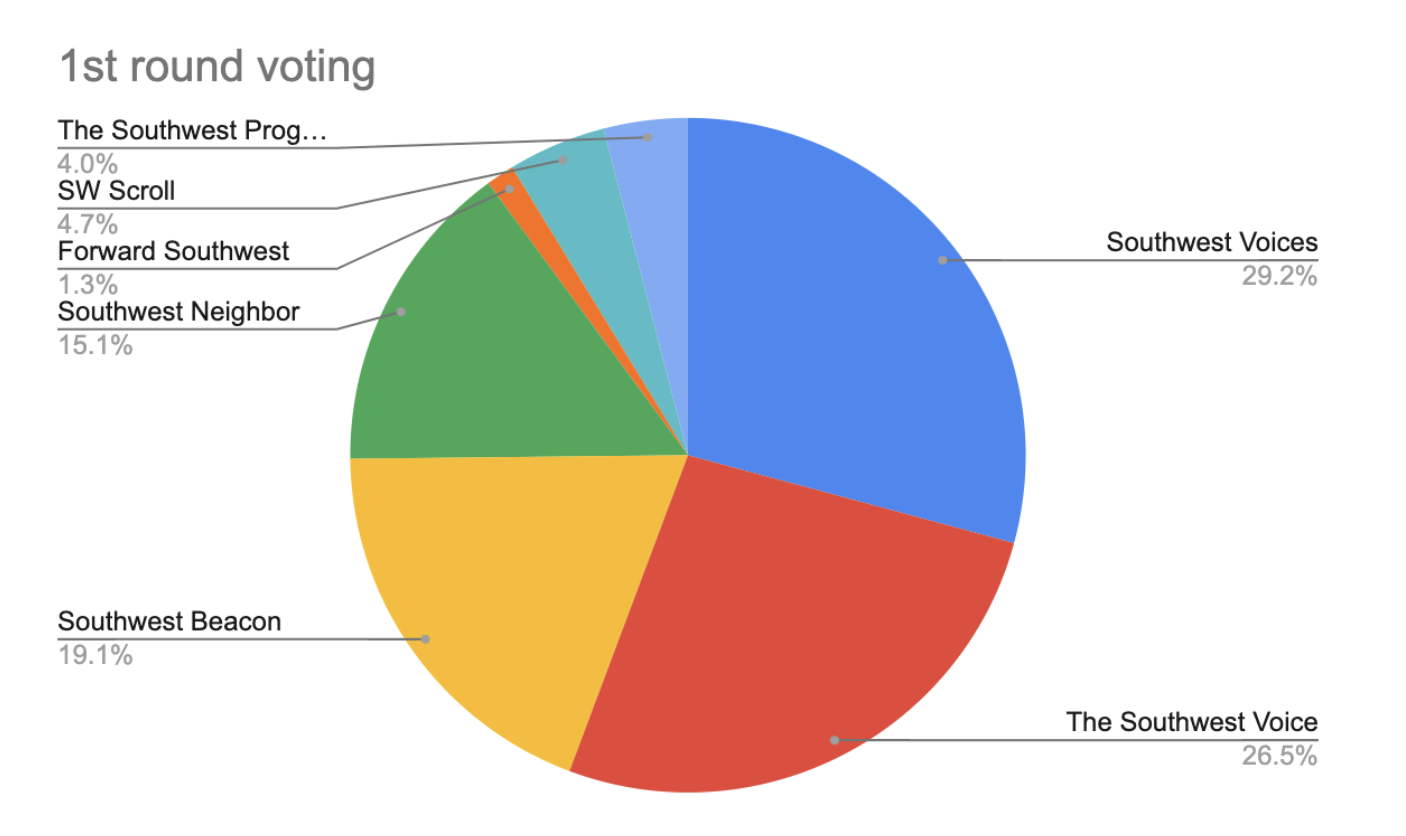 Earlier this year, we launched a survey to listen to folks about things they loved, liked, and wanted to change about Southwest Minneapolis. The results were really interesting, and sit at the core of what we're building.

We then followed up with the people that took our survey to have them vote on our name. Because Minneapolis' elections this year will use Ranked Choice Voting (RCV), we wanted to use this as an opportunity to help people practice for the election and get a better understanding of how it works. Here's a link to information on how to vote in this year's election if you need it.

Here are a few things that you shared about why you chose SOUTHWEST VOICES:

These all felt really true to the vision we have for this project, and it was so great to hear that people gravitated to this name for the same reasons that we did.

We were especially happy that everyone took the time to rank their choices. Many people think that you can get more “power” behind your vote by only picking your top selection (a tactic people sometimes call “bullet voting”). This does not actually help your favorite candidate in an RCV system! If you don’t rank a 2nd or 3rd choice, your vote is simply thrown out if your top candidate doesn’t make it to the final round. When you vote in the city elections (here's a link to how you can do that), remember to rank all of your choices, or the real power of your vote will be taken away from you.

The first round of the vote was pretty straight-forward:

Overwhelmingly, people liked the idea of Voices or Voice. Beacon came in third, while Neighbor came in fourth.

The next couple rounds of voting involved us eliminating the choices with the fewest number of votes: Southwest Progress, SW Scroll, and Forward Southwest.

That left us with a fourth round that looked like this:

That’s right – heading into the final rounds, The Southwest Voice took the lead!

So there you have it. That’s how you chose our name – SOUTHWEST VOICES.

It’s been fun to hear from you about what you want from a news and information organization that serves your community. This won’t be the last time we ask you what you think – in fact, this is going to be a core part of DNA as we build this alongside you.

While they didn’t win, we loved some of the comments people submitted about why they liked the other choices. We read each and every comment, and want to make sure your voices are represented in this, and really loved some of the great things you said, including:

Thanks again for stepping forward to be a part of this. We couldn’t do this without you.