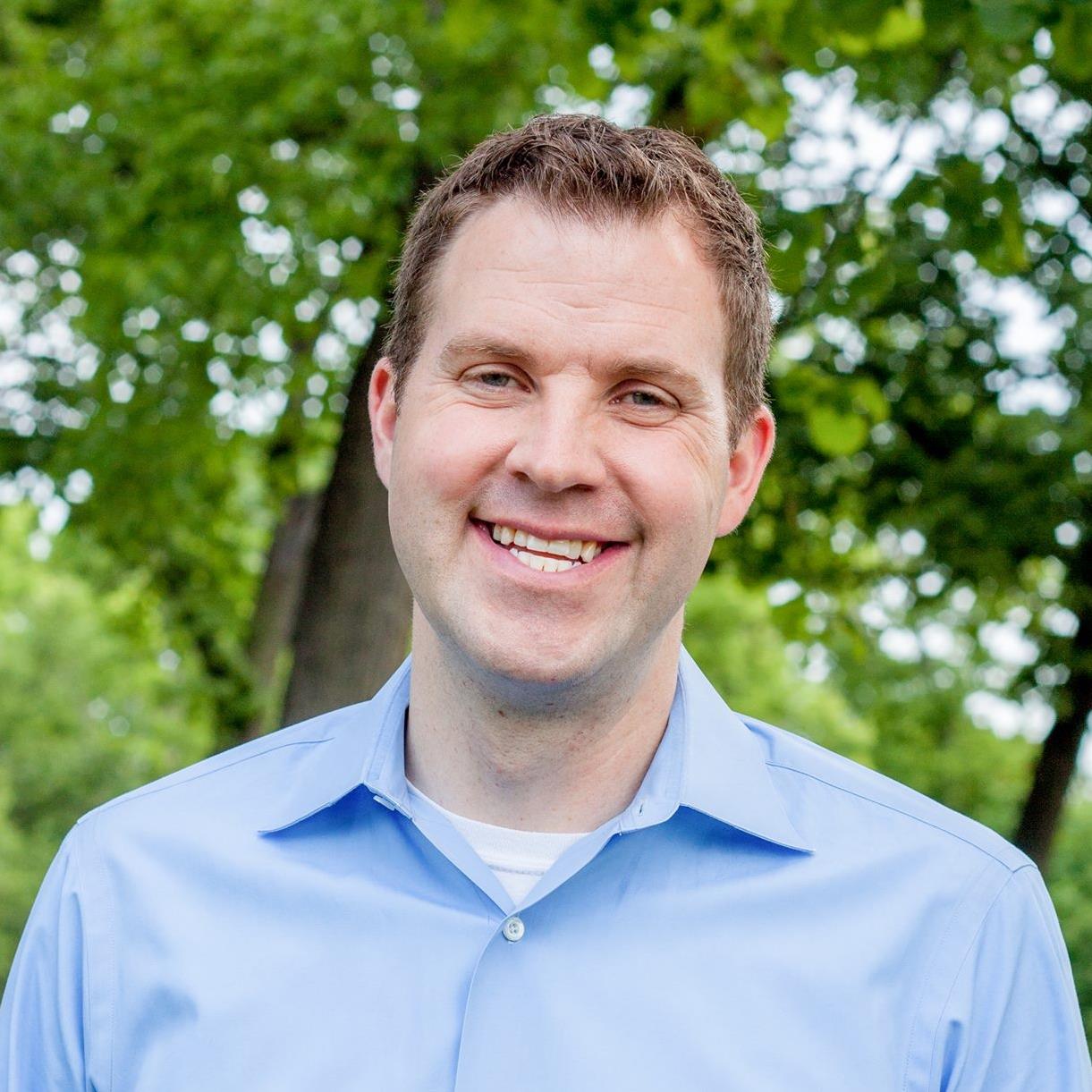 Rep. Jamie Long represents District 61B in the Minnesota House of Representatives. He has announced that he’ll be running for the newly redistricted 61B again this year, which will now include Linden Hills and Fulton in addition to much of his current district. We sat down to talk about what he’s up to at the Capitol this legislative session, his work fighting climate change, and some of the public safety policies he’s pursuing.

Charlie: What are your priorities for this upcoming session?

Rep. Long: I’m the chair of the Climate and Energy Committee. I’m very fortunate to be in that position. We’re continuing to push very hard on being serious about climate change. We put together a one billion dollar climate action plan proposal.

We have a nine billion dollar surplus. We felt like this was an investment that we could make with the resources we have right now, and that it would put us in a position to create some jobs in the new clean energy economy with things like expanding weatherization, which would also reduce energy costs, and add infrastructure for bus rapid transit and bicycling infrastructure and the like. We’re really excited about that.

I’m also on the Public Safety Committee, and am trying to push very hard on making our state and our city safe for all. I think we have a package of proposals that would make sure we are investing in systems that we know work. That includes organizations that work with disaffected youth, and trying to help them have after-school programs, mentors, and bring them back into productive paths. We’re also looking at what we can do to invest in more targeted law enforcement practices that work. We know that clearance rates for crimes in Minneapolis are really low. This would help with getting additional crime scene investigators, detectives to help out with clearing homicides, and clearing other types of cases. We also know that one of the best ways to build and restore trust with police is to have community-oriented policing – police who are out of their squad cars, walking the streets, meeting neighbors, so we would include funding for that type of approach.

So, those are two of the top issues I’m focusing on at the moment.

What’s a bill that people may not know exists that would positively impact Southwest Minneapolis?

I’ve got a parochial one, then I’ll zoom out a little bit. I’ve got a bonding bill that would repair the Minnehaha Creek - Nicollet Avenue bridge. People may not know, but that bridge is in need of repair. I certainly didn’t. But, it is. It’s an aging piece of infrastructure, and a good example of how state government is so necessary for our communities – to help make sure that our bridges stay up and in good shape. So, that’s one.

The second is that I’m really focusing on trying to help solve the problem around mental health in policing. We’ve had nearly 300 officers go out on PTSD/disability status in Minneapolis. That’s a huge percentage of our force. That signals to me that we have a really big problem that we need to address for the mental health of our officers. It’s also not a real sustainable approach for this city to be paying disability claims for sometimes decades for officers – including paying their health insurance and a portion of their salary while we’re trying to backfill those positions. I’ve been working with a big group of stakeholders on a bipartisan basis to try to solve this problem and make sure we’re putting treatment first for officers, so that they’re getting the mental health care they need and can hopefully get back on the job. That’s one way I’m trying to address the shortfall we have with our public safety system in the city.

Climate has been a huge focus of your time in office. Where would you say policymaking is going in the next five years at the state level?

It’s a really exciting time to be working in the clean energy space. We’ve just seen such tremendous progress in terms of prices coming down. Right now, solar and wind are the cheapest forms of energy you can buy.

We just saw Xcel Energy give up on a natural gas plant that they’ve been pushing for decades, and in fact put into law in the state legislature that they could build if they wanted to. Then, just a few years later, they’ve backed off on that. That's because we’ve seen technology prices come down so considerably.

It’s really exciting to see those trends and changes. I think clean transportation is the area that we need to focus on most moving forward. We have not made nearly as much progress in that space as in the electric space. So, I was really a huge supporter of Governor Walz’s clean cars effort, which is going to move us in a great direction. We need to do a lot more on electric vehicles.

We’ve seen manufacturer after manufacturer say that that’s where they’re headed. Some have committed to going to 100% electric vehicles, and we just don't have the infrastructure in the state to support that. A lot of consumers, for example, who live in multi-unit housing buildings may not have access to chargers right now, so they're not even going to confidently buy an electric vehicle. I have a bill that would help with that problem and help get more chargers in multi-unit housing. We also know that there’s an up-front purchase price differential for consumers right now, so I have a bill that would help lessen that cost differential.

Those are a few areas I think we should focus on.

‍If you could snap your fingers and make one change to our public safety system, what would it be?

Well, if I get a magic wand it would be to instantly reform the culture of the Minneapolis Police Department, because that is an incredibly hard problem to solve by policy. It takes leadership, it takes personnel, but that is one of the core challenges for our city.

For decades, we’ve had a department that views themselves as under threat. Many, but not all of them, and certainly the overwhelming culture is to distance themselves from the public, and they aren’t getting to know the public in a real way that builds community. That’s detrimental to our public safety, and I think we’ve seen that play out time and again in terms of specific interactions and incidents as well as a huge decline in trust from the community.

What do you want your new constituents in your new district to know about you?

I am really excited that part of the area that I’m running in is one that I know real well. I used to live in Linden Hills, and chair the neighborhood council. I’m excited to get to reconnect with some of my former neighbors. I want them to know that I’m easy to get a hold of. I check my email at the state Capitol. I try to respond in as quick of a fashion as I am able.

I really value our community as one that’s extremely engaged. A lot of the issues I’m thinking about at the Capitol, people in our district are passionate about, knowledgeable about, and thinking about every day. I’ve been really lucky to have such a wealth of resources and engaged citizens in the district and I’m looking forward to those conversations with new folks in the area.