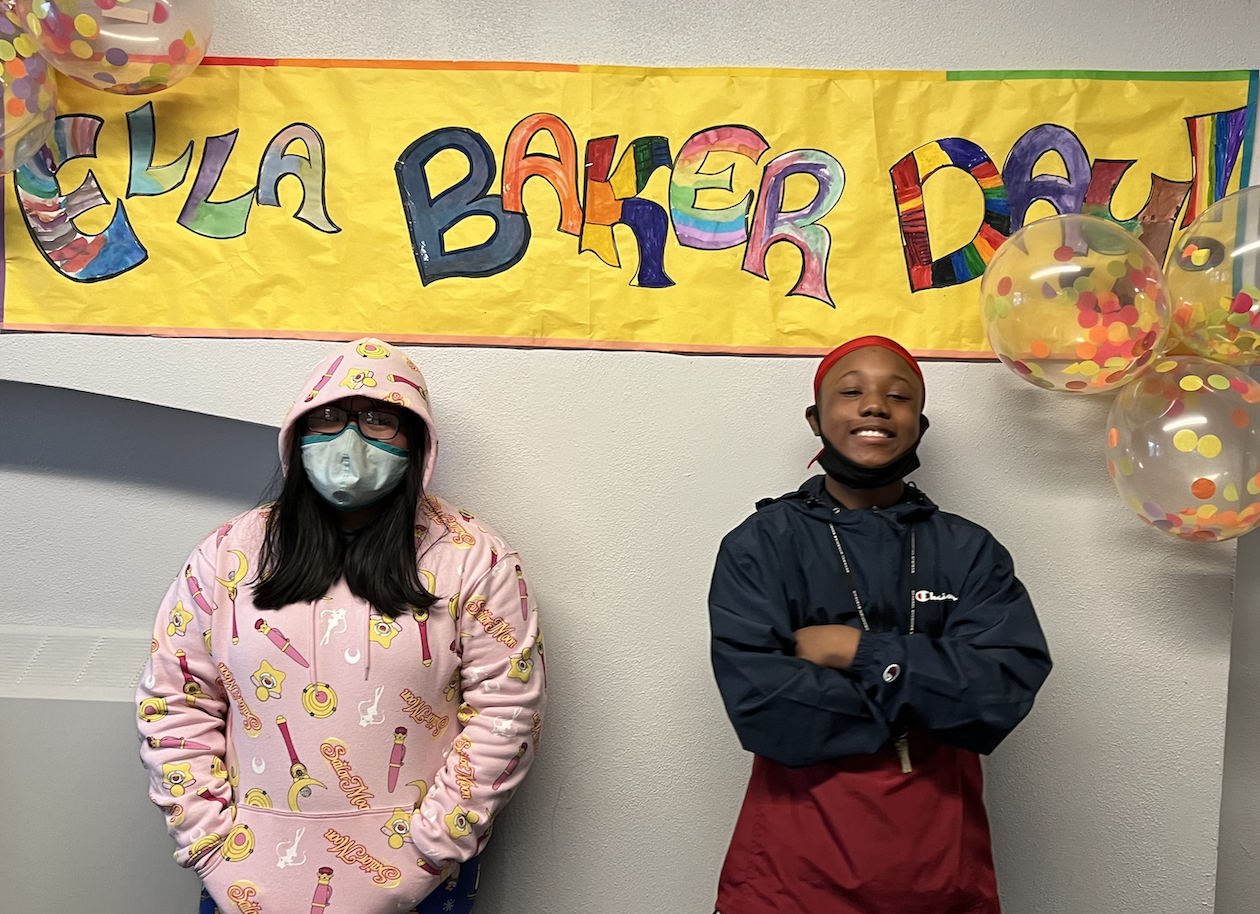 When Jefferson Community School became a magnet last year, the school saw a rare chance to reinvent itself. In the process, the students decided to teach us all about a figure they think doesn’t get the plaudits that she deserves: Ella Baker.

Baker is a civil rights icon, serving as one of the organizing members of the Student Nonviolent Coordinating Committee (SNCC), helping to coordinate the Freedom Rides and the Freedom Summer in Mississippi in 1964, and working to help expand voting rights to Black people across the South. In the profiles of her and her work, words like “behind-the-scenes” and “unsung” pop up over and over. The students want that to change.

Omarion Keyes, a 7th grader, thinks the students of Jefferson can be a part of making Baker’s story more widely known. “When you think of the civil rights movement, and women’s rights movements, you think of Rosa Parks and Martin Luther King and Harriet Tubman. It was surprising how much she was forgotten. We wanted people driving by to see the name and know it was a good influence. ”

The students chose Ella Baker for the school’s new name after an extensive process of surveying classmates, who  eventually narrowed down the choices to Baker, Minnesota’s first Black Judge L. Howard Bennett, and Bde Maka Ska. The student body then voted on those three options, and eventually chose Baker. A few sillier options, like Superman Elementary, were submitted but didn’t make it through as finalists.

The name change isn’t official yet, but now that the students have selected it, it will head to the Superintendent, then to the School Board for final review and approval. It was originally proposed by the school’s “Site Council,” which includes parents, staff, and administration. They suggested that the school change its name because “Thomas Jefferson was not aligned to the values of the school,” according to the school’s administrators. The timing of this change coincided with the school’s switch to become a magnet this year, which created a perfect opportunity to reimagine what they wanted their school to represent.

From there, the name change process was turned over to Jefferson’s Youth Participatory Evaluation (YPE) program, a Minneapolis Public School program that teaches students research and evaluation skills while leveraging the voices of young people to shape their education in a democratic way. The students in the program worked with their advisors to develop a plan to survey the school’s students and allow them to drive the name change process.

The YPE process was especially important for Principal Holly Kleppe, who calls herself a strong believer in elevating students’ voices. “If we take time to listen to our students’ voices they will build many bridges and open doors for our future,” said Kleppe.

Abbey Karich, Jefferson’s School Psychologist, mentioned the difficult circumstances the kids faced  while going through this process. “I want to emphasize that this took all of last year, during distance learning. They were meeting weekly at one point.” Karich was one of the co-advisors on the project alongside Trish Clarke, the School Social Worker.

In addition to Monje-Saucedo and Keyes, a few students were deeply involved in the earlier parts of the process, including 9th graders Nina Nguyen, Muniratu Shaibu, and Louis Fobb, along with 8th grader Brianna Calderon Vega.

“I came to this school in third grade, and I never thought we’d have the chance to change the name. It was a surprise!” said Keyes. “We wanted the new name to represent a strong, healthy community at the schools.”

Karich said the name ended up fitting the student body exceptionally well. “Our school is pretty diverse – lots of different races, ethnicities, etc. But the results from the vote were really similar across all grades and races. The new name is representative of all of our students, not just some.”

As the Ella Baker Center for Human Rights says on their website, “We believe the best way to honor Ms. Baker’s legacy is to inspire people to imagine new possibilities, lead with solutions, and engage communities to drive positive change.” Listening to these students, it’s pretty clear they intend to do just that.