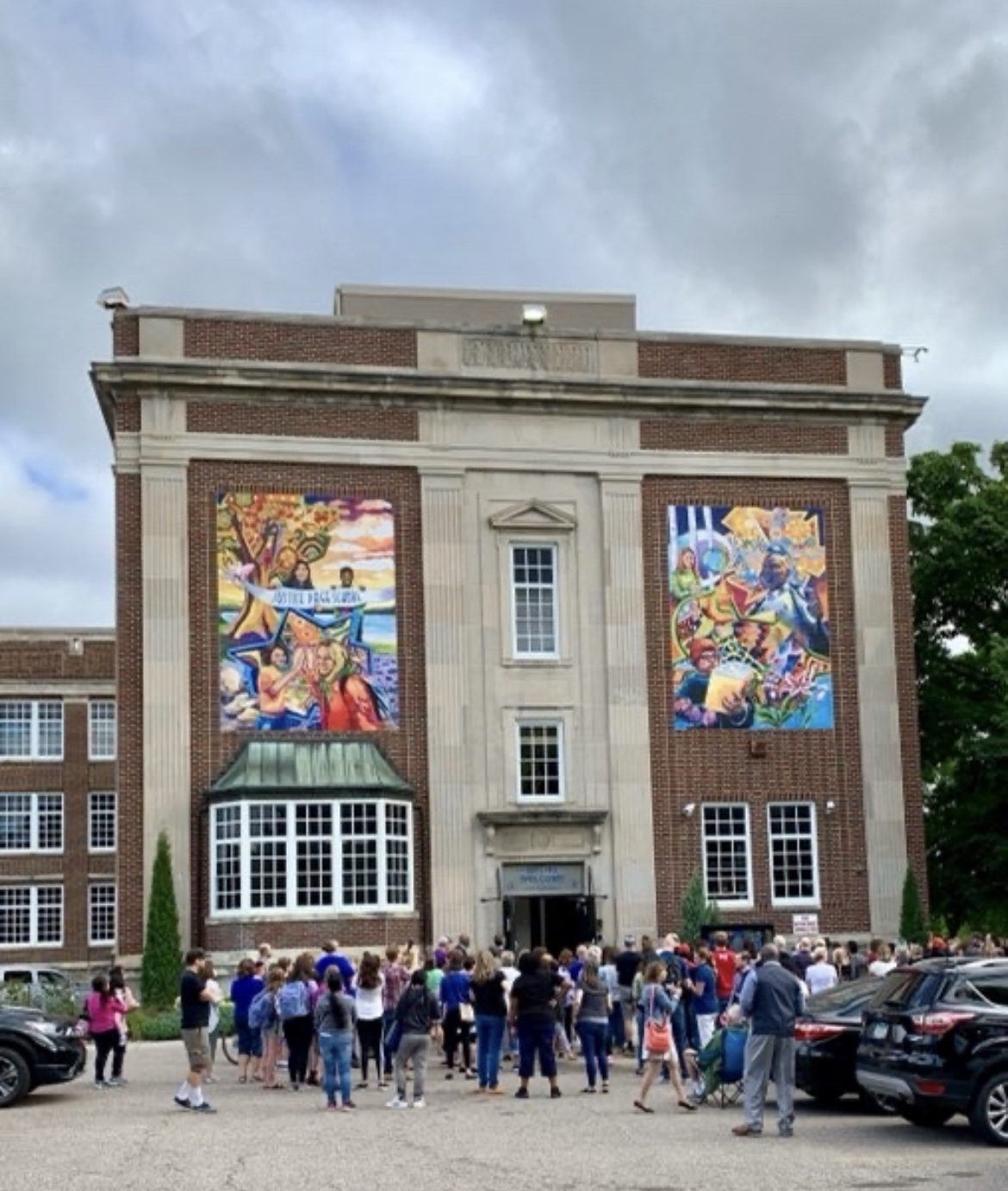 A Justice Page Middle School teacher has been awarded a Fulbright to study murals and street art in Colombia.

Art teacher Elissa Cedarleaf Dahl will visit Medellín, Colombia to study street art and murals. More specifically she wants to look at how this form of art tells the story of the city, the diversity of who lives there, who has been harmed there, and how it creates a sense of hope for the city.

If this sounds familiar to you, it is. Cedarleaf Dahl said she wants to study Medellín’s public art because it parallels Minneapolis’ “explosion of public art” after George Floyd’s murder and subsequent uprising. Just as in Medellín, street art in Minneapolis has uplifted marginalized voices and provides “hope and visual beauty” to our city.

Street art, which includes graffiti, is unique in what it considers its canvas: outside public spaces. This includes buildings, train cars, garages, and sidewalks. Some of the art is done with permission, some is put up without telling anyone. Murals are a type of street art that is large in scope. Murals are designed to fill entire building walls and typically constructed with a group of people, not just one artist.

This winter, Cedarleaf Dahl will travel to Medellín and explore places like Casa Kolacho in Comuna 13.

Casa Kolacho is a community organization in the Comuna 13 neighborhood that connects hip-hop and street art culture. In fact, graffiti art is one of the five tenets of hip-hop culture, along with MCing, breakdancing, DJing, and beatboxing.

Comuna 13 was once home to a massive drug tracking operation that ended in a deadly raid. Street art projects are credited with helping change the tenor of the area.

The neighborhood was filled with graffiti already so the Medellín government invested in that form of art and other public amenities, such as an outdoor escalator system to connect the neighborhood to the rest of the city.

Cedarleaf Dahl, who teaches a year-long mural class at Justice Page, said she was inspired by three of her colleagues to apply for a teaching research Fulbright award.

Paul Sommers, her colleague at Justice Page, encouraged her to apply after his own Fulbright award. "You’ll make the most memories doing this, but it won’t be easy," he said to Cedarleaf Dahl.

Leif Carlson, former colleague of Cedarleaf Dahl’s at Jefferson Community School, went to Peru on a Fulbright. Carlson’s Fulbright was a teacher exchange program, so when Erickson was in Peru, Cedarleaf Dahl worked alongside a Peruvian math teacher.

Paul Creager, a teacher at Gordon Parks High School, went to Goa, India on a Fulbright to produce a community film. He helped Cedarleaf Dahl through the application process, telling her to “be specific and confident with your idea.”

“It’s not that common for teachers to pursue it,” Cedarleaf Dahl said of the award.  “I am excited to try something different, that will refresh me.” She has been working at Minneapolis Public Schools for 20 years and has lived in the area her whole life.