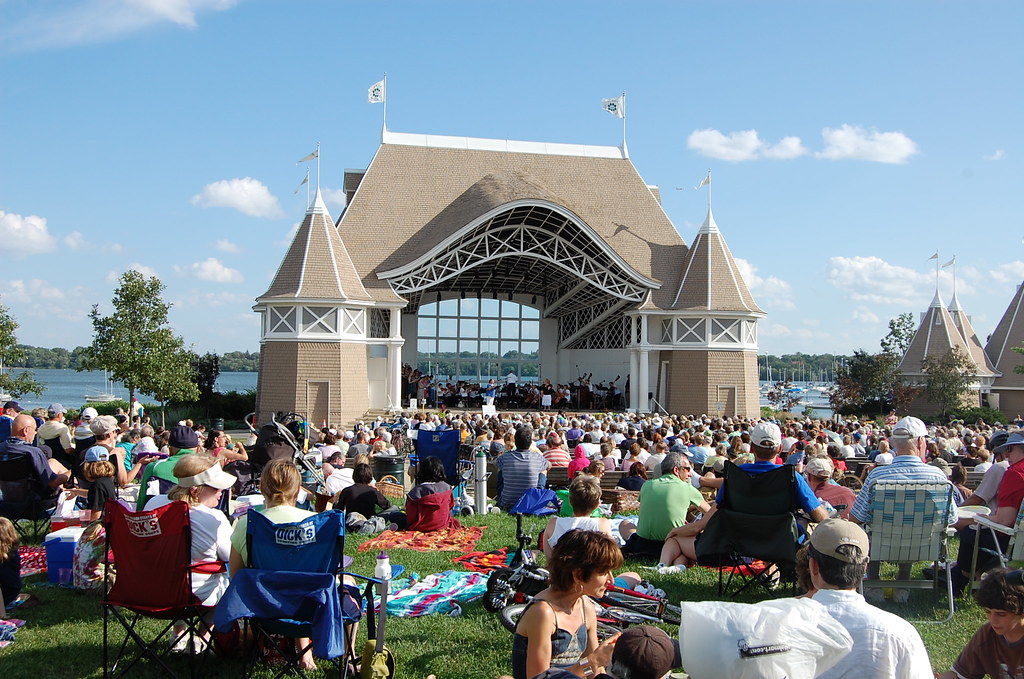 The Park & Recreation Board announced a timeline and plans to repair the roof of the Lake Harriet Bandshell, which has exhibited a noticeable level of wear and tear in the past year. More recently, a heavy wind storm in late April appeared to make the problems even worse. ‍

Concerts, concessions, and more are scheduled to continue as planned this summer. Work will begin to repair the structure this fall, "as soon as Bread and Pickle closes for the season," according to an announcement published by the Board on Monday evening. While the roof is clearly missing a large number of exterior shingles, the initial assessment has indicated that there aren't any major issues with the building's structure.

The process began with a "Building Investigation" announced at the beginning of January to review the roof, siding, doors, and to estimate a ballpark cost. The report from the investigation will be released in the coming weeks and include short and long-term plans along with a total price tag for the repairs.

Repairs will likely be phased over several years, according to the Board's statement, though staff is exploring ways to keep summer programming in full operation while performing repairs in the off-season throughout the process.