Last in, first out layoff process has disproportionately impacted educators of color for decades

One of the issues that the district and union have not settled on is protections for teachers of color from layoffs and excessing.

For a twelvth day, 28,700 students in Minneapolis Public Schools remain out of school, and their families are without the support and services they rely on from public schools. The mood among many parents is increasingly anxious, as their students approach two and a half weeks out of school. MPS and the Minneapolis Federation of Teachers have both publicly released detailed proposals for educational support professionals and teachers.

One of the issues that the district and union have not settled on is protections for teachers of color from layoffs and excessing outside of seniority order. Excessing refers to reducing staff at a particular school because of a reduction in available positions. Under the current contract for teachers, layoffs and excessing are based on “last in, first out,” where the most recently hired teachers are excessed from school buildings and laid off from the district when staffing is reduced. Sometimes excessed staff are moved to positions elsewhere in the district.

In its November 2021 pro forma, the district’s annual financial projection, MPS expected to layoff 134 full-time equivalent classroom teachers in the 2022-2023 school year as a result of recent enrollment declines, and accompanying declines in school funding. A concern voiced by the community, teachers of color and MPS administration has been that the large number of layoffs the district will make this year will result in layoffs of a disproportionate number of teachers of color, because the less senior teachers in school buildings are more likely to be from underrepresented groups.

The need for protection from excessing and layoffs for educators of color is rooted in the district’s history of racially segregated schools and faculty.

The desire for protections for teachers of color outside of seniority order first became a priority for MPS in 1978 as the district was attempting to comply with federal district court orders to desegregate its schools and faculty. In 1972, in Booker v. Special School District No. 1, Minneapolis Public Schools was found by a federal district judge to have engaged in a series of practices to uphold the racial segregation of MPS schools, both segregating students and faculty by race. By 1978, MPS had made progress towards desegregation of its schools and faculty, but had yet to fully comply with the judge’s orders.  At the same time, enrollment began to decline and layoffs became necessary. Many Black teachers in MPS were hired after 1972 in order to comply with the federal court orders to desegregate, and so Black teachers were disproportionately at risk of seniority based layoffs in 1978, and in subsequent years, as MPS anticipated further declines in enrollment.

In May 1978, MPS went to Judge Larson, the federal judge supervising the desegregation process, and asked that the district be able to protect Black teachers from layoffs outside of seniority order then and in  subsequent years. The plaintiffs in the desegregation lawsuit expressed a neutral position on this request. MFT filed an amicus brief with the court in support of upholding the current seniority system instead of asking for an exception to the “last in, first out” layoff policy. In Cheryl Heilman’s 1994 Law and Inequality article on the history of the Booker case and the desegregation of MPS, she writes:

“Some minority teachers expressed disappointment with their union's position. They asserted that the Minneapolis Federation of Teachers ignored its minority members when it failed to push for an affirmative action policy in the previous teacher contract.

The teachers felt especially betrayed by a school system that had recruited them from other teaching positions, only to abandon them once they accepted a position with the district. Joyce Lake, a black teacher at Jordan Junior High School in north Minneapolis, told a news reporter in June of 1978 that it was difficult to be one of only two minority teachers at Jordan when the school had almost a 48% minority enrollment. According to Lake, ‘we aren't just talking about jobs. We are talking about minds. They [minority students] need me, and they need other minority staff members.... we don't have nearly enough minority staff members right now.’ In a hearing before Judge Larson, the district argued that large minority teacher losses would reduce the district's ability to recruit more minority faculty and would deny students the opportunity to interact with and see minority persons in professional positions.”

Judge Larson denied MPS’s request to protect Black teachers from seniority-order layoffs in June 1978, which was a disappointment for Black educators, according to Heilman. At the time, the MPS School Board said it would look for other ways to protect its under-represented staff.

The current push for protections for educators of color is a priority of the school board, MPS parents and students, and the community.

Over 40 years later, MPS has had a renewed focus on hiring people who reflect the diversity of the students in its buildings. According to MPS School Board Director Adrianna Cerillo, the entire board has been unified in communicating to the district negotiating team that protections for teachers of color is one of their priorities for any contract settlement.

In the 2019-2020 school year, before the pandemic, approximately 23% of new teacher hires, 53% of new principal hires and 54% of new ESP hires identified as BIPOC. As part of the district’s strategic plan passed in February 2022, the district aims to increase the percentage of teachers hired who are BIPOC by 10%, and for principals and ESPs by 5% over the next five years.

The strategic plan focus on hiring BIPOC staff is partially in response to feedback from parents and students who want to see staff that reflect their own experiences, culture, and language in schools. Additionally, research shows that students of color are more successful in schools where the staff mirrors the students. The district itself has noted in multiple public presentations that diverse staff are also important for white students.

MPS and MFT have been negotiating for these protections for over a year, in public and in mediation.

Before the current contract negotiations entered mediation in December 2021, both MPS and MFT had presented proposals to address protections for teachers of color outside of seniority order through a temporary memorandum of agreement. For outside observers, like Kenneth Eban, executive director of the Advancing Equity Coalition, there was a sense of optimism at the time. “When negotiations began last year, I was hopeful we would be in a place by now to protect teachers of color from excessing and layoffs during the current budgeting cycle since both sides had said it was a priority,” Eban said.

Negotiations about protections for teachers of color stalled when MPS said that it legally could not use race to protect a class of employees from layoffs and excessing. Other school districts in Minnesota have included contract language that uses the term “under-represented” instead of referring to specific race or ethnic groups, but, in public negotiations in fall of 2021, MFT objected to not specifying which groups would be given these protections, and said the groups proposed for protection by MPS were too broad. After negotiations moved behind closed doors in December 2021, there was no public information about where negotiations were on this topic.

Current declines in enrollment, and the reductions in staff that will result, have intensified the need for protections for educators of color, much like in 1978.

In February 2022, building principals were sent their budgets for the upcoming school year. Based on these budgets, principals would have to determine which staff they could afford to keep for the next school year. In the current school year, MPS has used some of its ESSER funds to maintain staffing levels above typical levels, despite enrollment declines over the last two years. In many classrooms, these extra funds have meant smaller class sizes this school year.

According to MPS Senior Office Eric Moore, 50 teachers of color were excessed from their buildings as part of the 2022-23 budget tie-out process that ended on March 4. Budget tie-outs refer to the process building principals go through each spring where they construct a budget for their school based on funding and parameters laid out by the Finance Department.individual budgets for each school building.

Some of these teachers may be moved to positions elsewhere in the district, but it is unlikely they will be re-hired in their current roles unless the district took the extreme step of reopening the budget tie-out process. According to Moore, this would be both unusual and also burdensome for the district because of hiring and staffing processes that are contingent on budget tie-out decisions. Eban said that despite this burden, “I think it is worth it to protect staff of color who were already excessed because we cannot continue to rob students of the opportunity to have a teacher of color or Indigineous teacher when we know those teachers are so important to [students].”

Despite early optimism about negotiations, there was a significant setback in early March when MFT pulled its memorandum of agreement on teachers of color from its comprehensive proposal.

The budget tie-out process for next school year concluded on March 4. According to Moore, the next day, March 5, MFT removed its memorandum of agreement about teachers of color from contract negotiations. This was confirmed by a school board member who has been briefed on the negotiations but is not part of the bargaining team for MPS. After given multiple opportunities to confirm this, MFT's response did not address the pulling back of the memorandum of agreement on March 5.

According to MPS School Board Chair Kim Ellison, the March 16 memorandum of agreement submission was part of the district’s suite of equity proposals and included a change in the language to use the term “underrepresented” instead of its previous language identifying specific categories of teachers, such as those participating in the district’s Grow Your Own program. On March 19, MPS submitted another proposal that included full contract language that would protect underrepresented teachers from excesses and layoffs outside of seniority order starting in the spring 2023 budget cycle. Full contract language means that unlike a memorandum of agreement, this part of the contract would not expire when the contract expires.

According to MFT, on March 21, they submitted their own proposal that would extend protections to underrepresented teachers during the next budget cycle, spring 2023, and proposed MPS and MFT sign a tentative agreement on their proposal on this language. The proposal from MFT included additional items and MPS declined that tentative agreement at the time.

Negotiations continue between MPS and MFT. A person familiar with the negotiations remains optimistic that protections for teachers from underrepresented groups will be included as full contract language in a final settlement agreement between MFT and MPS. 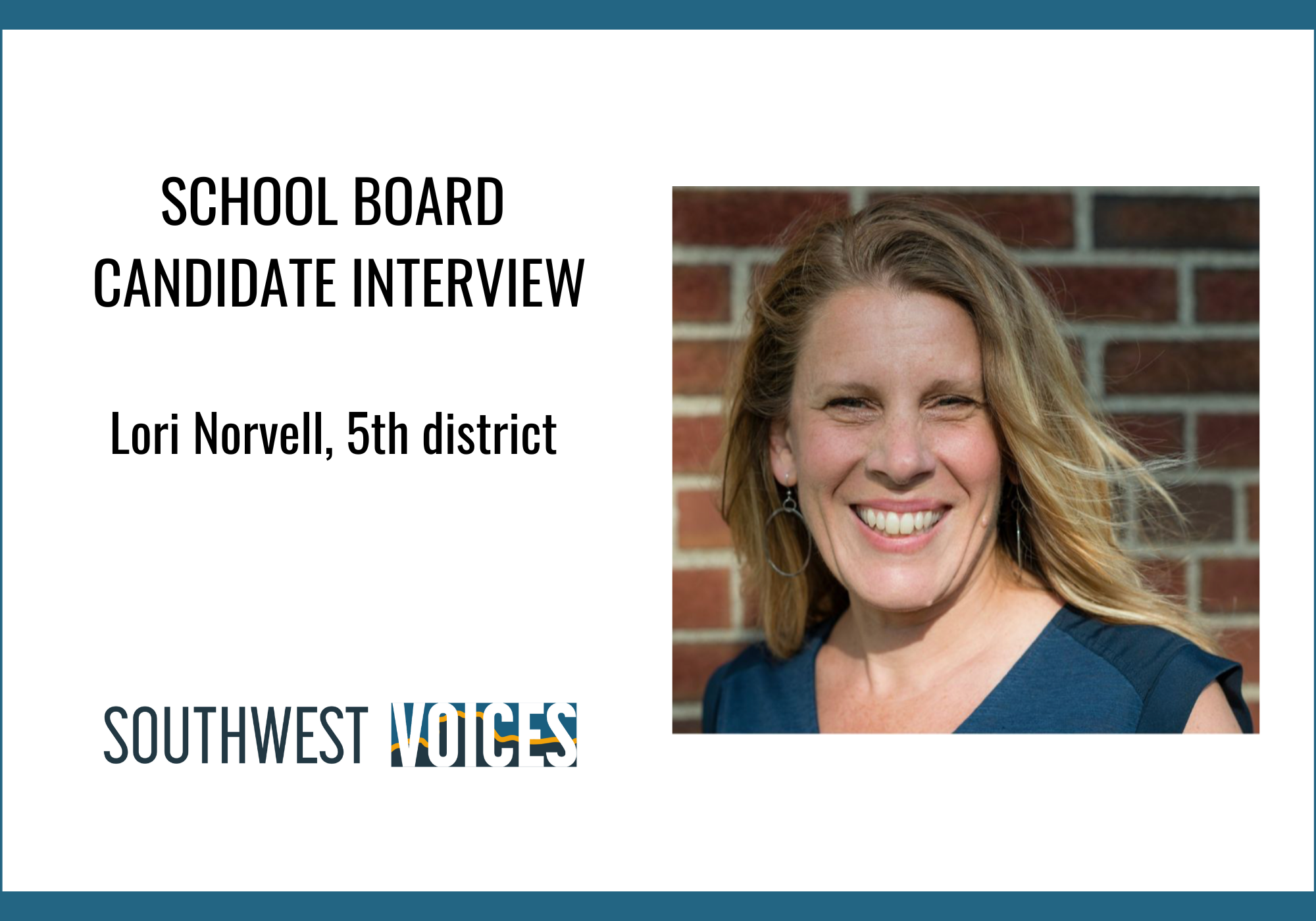 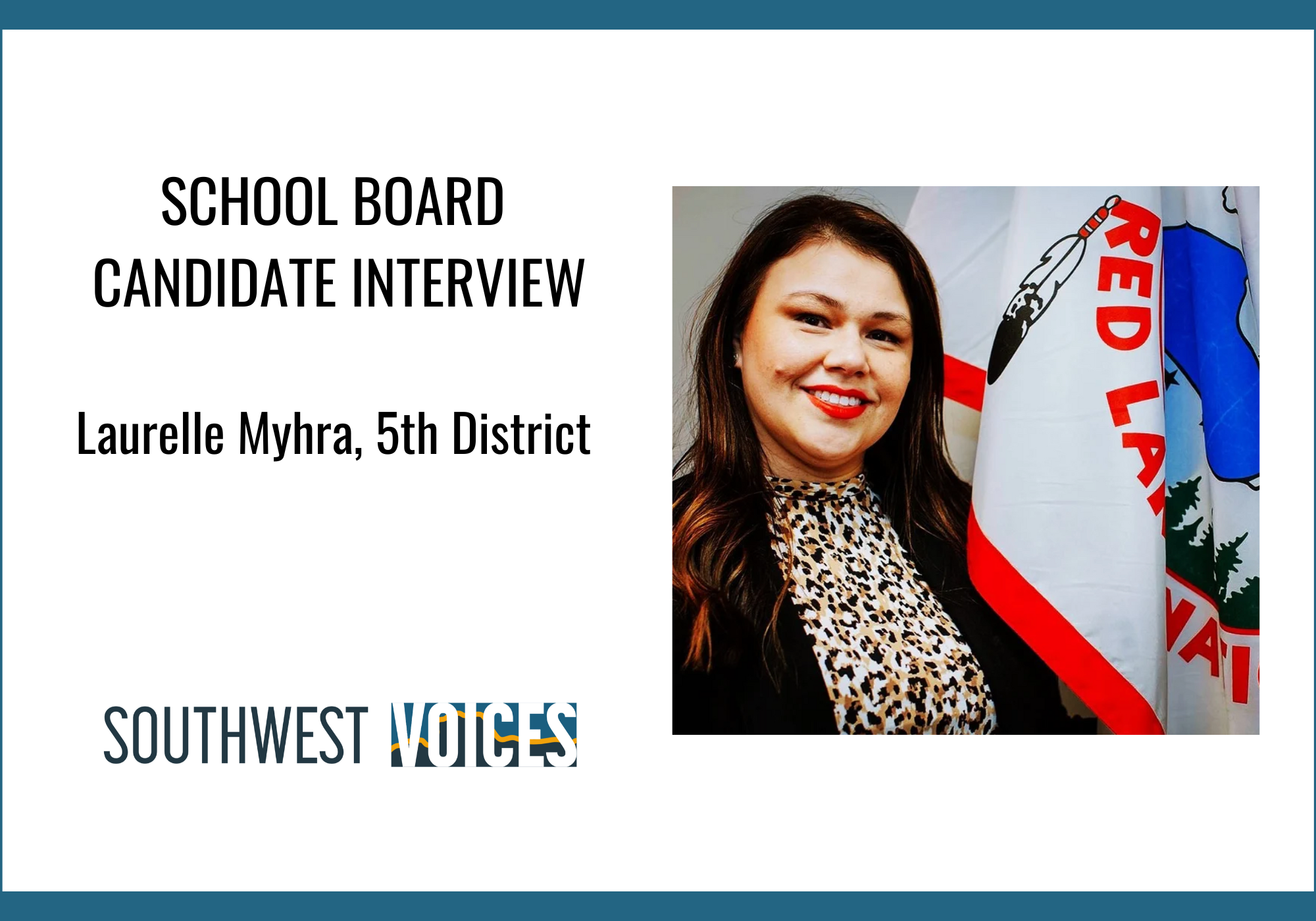 Our Interview with Laurelle Myhra, District 5 School Board Candidate