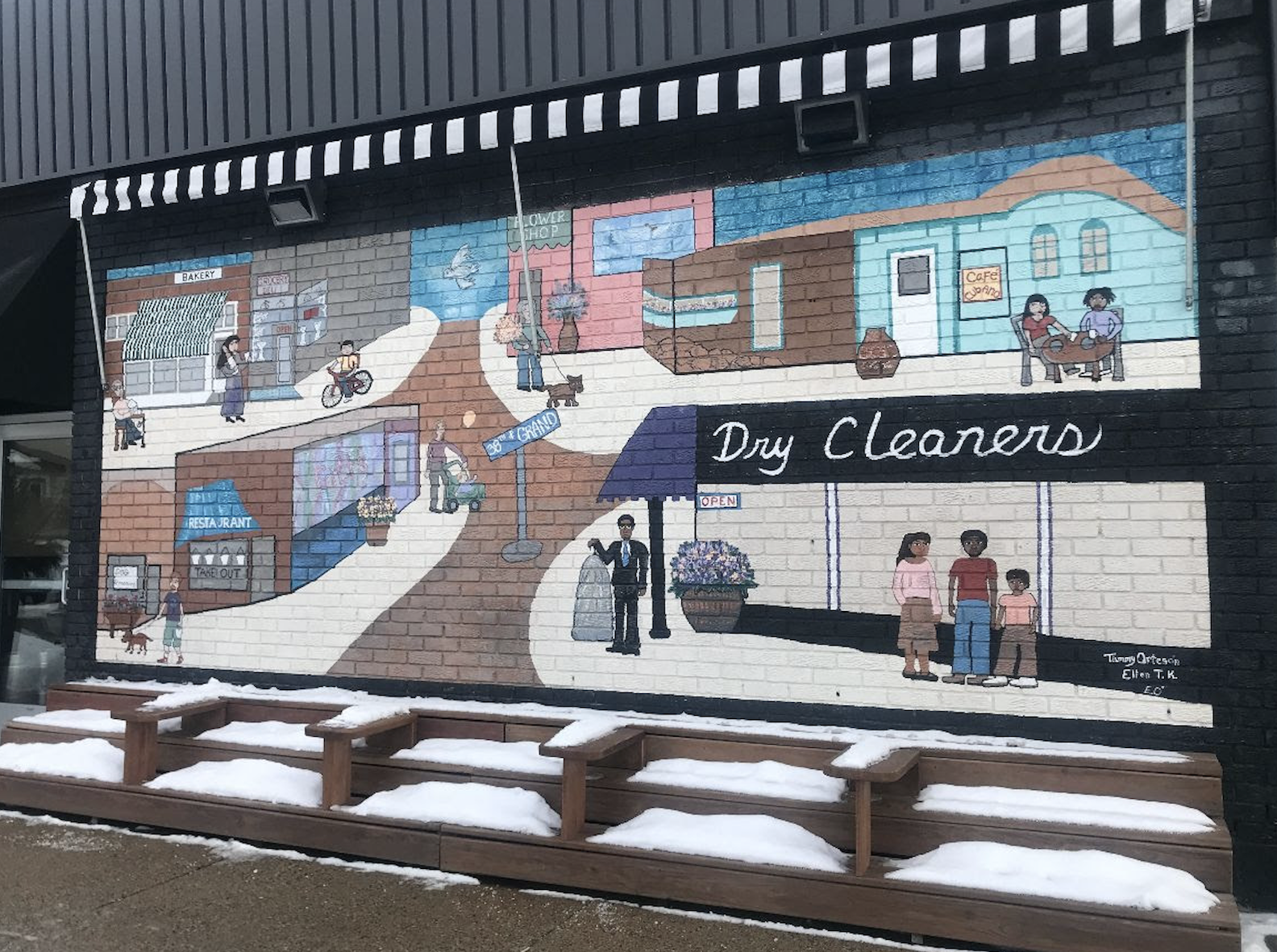 "Latins on Ice" performed last weekend as part of The Great Northern. The group was asked to move on Sunday because its lake buddy, U.S. Pond Hockey Championship, didn't like the nature of the show. I talked with Sabrín Diehl about their experience producing "Latins on Ice" and what happened between performances.

Last week, the Minneapolis City Council approved a police “buyback” program for the Lowry Hill neighborhood. Charlie reports on the agreement that has a group of neighbors in Lowry Hill paying for around 11 hours of additional Minneapolis Police Department patrols every day, other places the buyback program has been used, and what other neighborhoods are considering and doing.

The City Council's Public Health & Safety Committee meets at 1:30 today. Here is the agenda and how to join the meeting. They'll be discussing the report from a consultant who the city commissioned to study MPD's workload and 911 calls to help figure out the appropriate level of staffing. Three things stand out to us about this report:

1. The report states that Minneapolis could completely cover its patrol & 911 response workload with 278 officers to respond to calls and still give each officer 50% of the day as discretionary time (desk duty, filing reports, community outreach, etc.).
2. The report recommends that Minneapolis could decrease 911 response time by moving to one person in squad cars in some parts of the city without any dropoff in service.
3. Mayor Jacob Frey and the City Council commissioned the report in 2019 and the consultant was hired in October 2020. A couple former Council Members and staffers that were a part of that expressed frustration that it took so long to get released.

The mayor and a gaggle of city council members are asking us to #eatlocalMPLS, so here is a place to start. Abi’s Restaurant, which was previously located at Lake and Bloomington, is now open in the old Egg & I space. (Racket)

The Minnesota Opera opens its production of “The Anonymous Lover,” this week. It’s the first time a Black composer's work has been presented on the main stage. The opera is written by French classical composer Joseph Bologne, Chevalier de Saint-Georges. (Minn Post)

Avivo, a local organization that houses people going through homelessness, has an urgent need for welcome baskets. There is a range of baskets to choose from. This can be a meaningful weekend activity with the family or a way to bond with your work team.

It is a busy night for the Park Board. The Park Board is meeting tonight at 5 p.m. You can read through the agenda here. Up for board approval tonight is the concept plan for Painter Park and a public art mural at the South Beach of Cedar Lake Park.

There is public hearing at 6:30 p.m. on new pickleball courts at Loring Park and Lake Nokomis. The hearing will be held at the Minneapolis Park Board Headquarters and residents can submit comments virtually.

After a brief hiatus, Williams Pub & Peanut Bar is reopening today, not coincidentally on Groundhog Day. Check out this video from a drone flying around the space (yes, including The Nut Bar). #eatlocalMPLS

It's Winter Walk Day! Celebrate kids bracing the cold air to walk to their school.

Today for the Great Northern, Dope Labs will be hosting a live podcast at 5:30 at the Parkway Theater and Lyra Pramuk will be performing live at Icehouse at 8:00 p.m.