Local Military Vet Sponsors Family He Worked with in Afghanistan 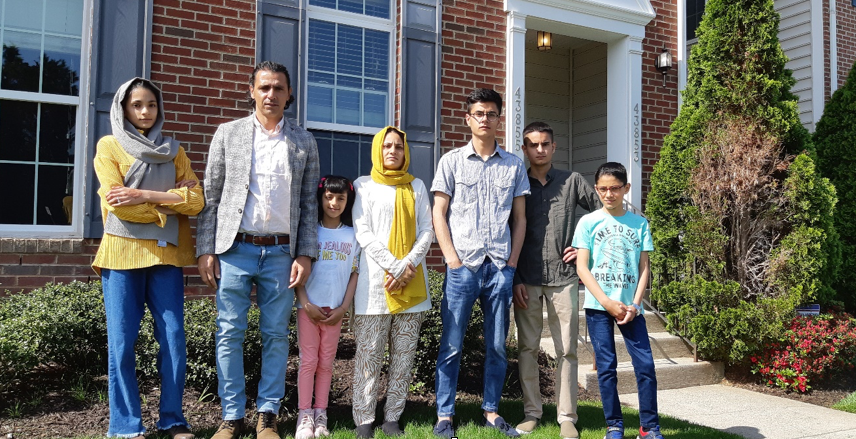 An Afghanistan family that Mark and Don Kryzer sponsored safely arrived in the United States on April 24.

Written by Mark Kryzer, co-owner of Spice Your Life

In these times of pandemic, war, and economic uncertainty it’s heartening to receive good news.

We all watched last August as the Taliban quickly overthrew the democratic government in Afghanistan that our country had supported for 20 years. Panic-stricken Afghans who had collaborated with our military fled to the airport to escape. Over 70,000 Afghans made it out on U.S. military flights. Some were not so lucky.

I served in Afghanistan for ten years after 9/11 and participated in the reconstruction of Afghanistan. During that time I had the opportunity to work along side many young Afghans who were striving to build a better future for their country beyond the decades of conflict they had known. Unfortunately, most of these individuals were left behind and are being persecuted by the Taliban.

I have been working with the U.S. State Department since September 2021 to get some of these threatened individuals and their families safely out of Afghanistan by serving as an official sponsor for their immigration to the United States under special refugee programs.

One family that my brother Don and I have sponsored safely arrived in the U.S. on April 24. The father in the family worked with me for over five years and was threatened with death by the Taliban because of his association with a U.S. organization. The daughters in the family couldn't attend school because of the Taliban ban on girls education. The mother could not leave her house in Afghanistan because of Taliban gender restrictions.

The family includes five school-age children and are overjoyed to start their new lives free from oppression.