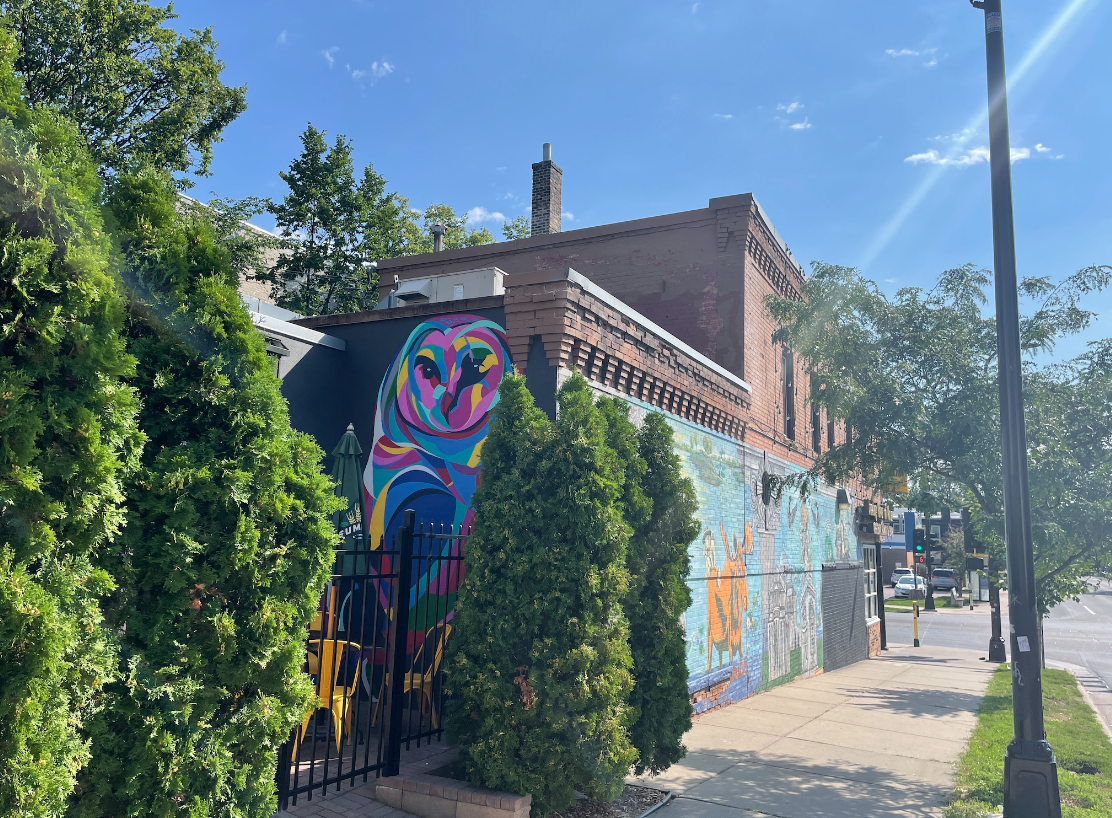 School starts in a few weeks and there are still hundreds of job vacancies at Minneapolis Public Schools.Melissa Whitler's data shows that Northside schools are facing a greater ratio of vacancies than schools in Southwest. Special education vacancies also make up a major part of the teaching and associate educator positions that are open.

When Melissa reached out to the district for comment, they replied "we are laser focused on hiring."

Tonight, go check out an outdoor movie and musical accompaniment on the hillside next to the Walker. The screening is scheduled for 8:30 p.m., but there will be a DJ and food trucks from 7 p.m. on. The movie is called This Land is Your Music – "a meditation on the connections between people, land, and music throughout 65 minutes of films mostly by women."

You know how we always tell you to send us your questions? Well, here are two answers to questions we were sent by readers this week:

Big thanks to Robin Smothers at the Park Board for helping us track down answers to both!

Disco Death Records, a new coffee shop, vinyl store, and film lab at 721 26th Street (about 50 yards from the CC Club) is officially open from 7 a.m. - 7 p.m. 7 days a week. Audrey Kennedy from Axios Twin Cities caught up with them back in June to talk about their plans, which includes coffee beans from Misfit Coffee. They're throwing an opening party this weekend. (Axios Twin Cities)

PureomEO will be moving in to the corner of Hennepin and Franklin next to Sebastian Joes. They sell "essential oils, all natural perfumes and hand-blended body products made from preservative free, plant based ingredients." They currently have a location in the North Loop. According to a sign on their front door, they'll be opening later in August. (PureomEO)

The city hosted a listening session on the police union's contract earlier this week. WedgeLIVE! uploaded the audio from the session if you want to listen. Here's part 1, part 2, and part 3. (WedgeLIVE!)

Happy 9th birthday to Urban Tails Pet Supply! They're running a big sale through this weekend to celebrate. (Instagram)

How the Minneapolis Police Department's use of "coaching" in police misconduct cases may present a big problem for the city. (Minnesota Reformer)

The number of children in foster care in Hennepin County has been cut in half in recent years, but a new report shows that more recently those children are also now less likely to be placed with families. (Sahan Journal)

The two Park Board amendments highlighted in our newsletter yesterday relating to the Gateway Park and Bde Maka Ska bus stops were postponed before yesterday's meeting. Commissioner Elizabeth Schaffer, in emails to constituents who contacted her about the amendments, said that she will postpone a vote on her amendments until the next meeting.

The Cedar-Isles Master Plan Circulation Subcommittee meets tonight at 6 p.m. Details on how to join are here. The agenda includes East Cedar Woods restoration and trails, Northwest Cedar trails, landacquisition below Kenwood/Lowry Hill, wayfinding, and pedestrian safety improvements. They'll be bringing their recommendations to the next Community Advisory Committee meeting next Tuesday. You can fill out this survey to give your thoughts on the design.

Take the survey for the city's Vision Zero program, which aims to eliminate traffic deaths on the city's streets.

There will be a Violence Prevention Community Champion training from 10 a.m .- 3 p.m. this Saturday. Sign up by Friday (August 19).  Find more details and watch for future violence prevention training sessions at the link above.

The Corner Balloon Shoppe, which is closing in the next couple of weeks, is currently hosting a 30% off sale to get rid of their merchandise.

The Bakken is hosting its fundraiser, called Brilliant, tonight at the museum.

Learn how to paint the Northern Lights tonight at Williams. No art experience required!