LynLake filling up and another Hennepin hearing 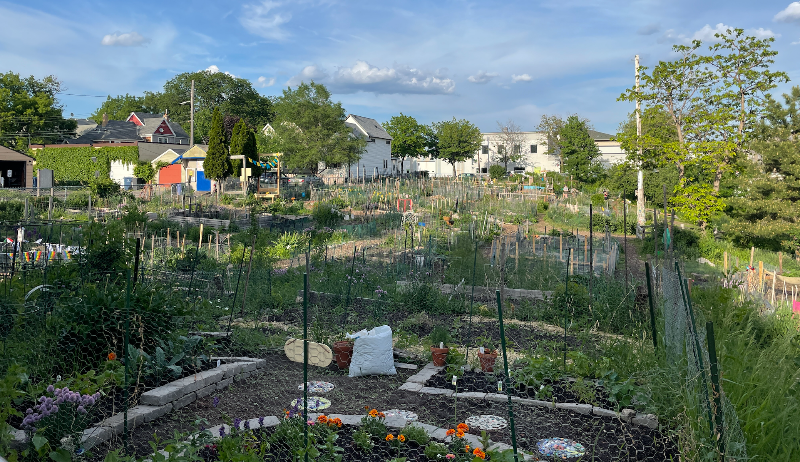 Next week, for the first time in seven years, all four corners of Lyndale and Lake will be occupied.

‍Chicago's Very Own, a Black-owned hoagy and popcorn spot, will be opening up on the northwest corner of the intersection on Friday, June 17. We sat down with the owner, Richard Spencer Sr., to talk about his vision, how he wants to bring the flavors of Chicago to Minneapolis, and took a look at some of the momentum that has been building around LynLake in the past couple of months.

The piece contains a link to a streets.mn post from 2016 that contrasts the vacancies at Lyndale and Lake and the lack of vacancies at Hennepin and Lake. How quickly things change.

A big Public Works Committee hearing on the Hennepin redesign is today at 1:30 p.m. At issue is whether the city decides to mandate that the design have 24/7 bus lanes, or whether they go with the "phased-in" bus lanes that would alternate between street parking and bus lanes.

The committee is scheduled to vote on a recommended layout today, which they will send to the full Council for a vote next Thursday. Once the full Council has approved the design, the mayor will have to approve it.

‍A couple weeks ago, we wrote a piece on how the process has gone and how we got here if you want to get caught up.

Speaking of LynLake, the Jungle Theater and Theater Mu’s co-production of Cambodian Rock Band by Lauren Yee opens on Saturday night. A group of actor-musicians from a band called Dengue Fever will be performing songs throughout the show, which runs through July 31st.

The Jungle is also celebrating over 30 years in the neighborhood with its 2022 Gala on Sunday, featuring an online silent auction and their 2022/23 season announcement.

The Minnesota Supreme Court is hearing arguments this morning in a lawsuit against the city about police department staffing. At issue is whether the city needs to fully fund a police force or whether they need to literally hire enough officers to meet the city's charter requirement for minimum police staffing. The city currently meets the funding threshold but has not been able to retain or hire enough officers to meet the staffing threshold, and it's unclear what will happen if they are forced to do so. (Star Tribune)

Hennepin County approved their biggest investment in affordable housing in history. The county will spend $27 million to create and preserve 1,900 units of affordable housing across 22 separate projects, with a focus on developers of color and neighborhoods hit hardest by civil unrest. The biggest single investment is for the new development coming to 3030 Nicollet Ave S. (Star Tribune, Insight News)

Congratulations to the Justice Page girls and Olson Middle School boys on winning the the MPS track and field championships. (Twitter)

The Wedge LIVE! Cat Tour got a mention on Jeopardy. (Twitter)

Are you a frontline worker? Make sure to apply for your payment from the state by July 22.

On July 1, the city's minimum wage goes up to $13.50/hour for small businesses (under 100 employees) and $15/hour for large businesses. If you or someone you know is getting underpaid, you can report them here.

Today is your last day to stop in to Pershing Park for the Story Stroll & Food Drive.

Kashimana and The Mamas Ignite Collective is playing tonight at the Lake Harriet Bandshell.

Hipshaker is hosting a Prince and the MPLS Sound dance party at the Uptown VFW tonight.