Minneapolis school board members meet for the first time in 2023, welcome new members

The new Minneapolis Public Schools school board, with new members outnumbering incumbents, met for the first time on Tuesday evening. 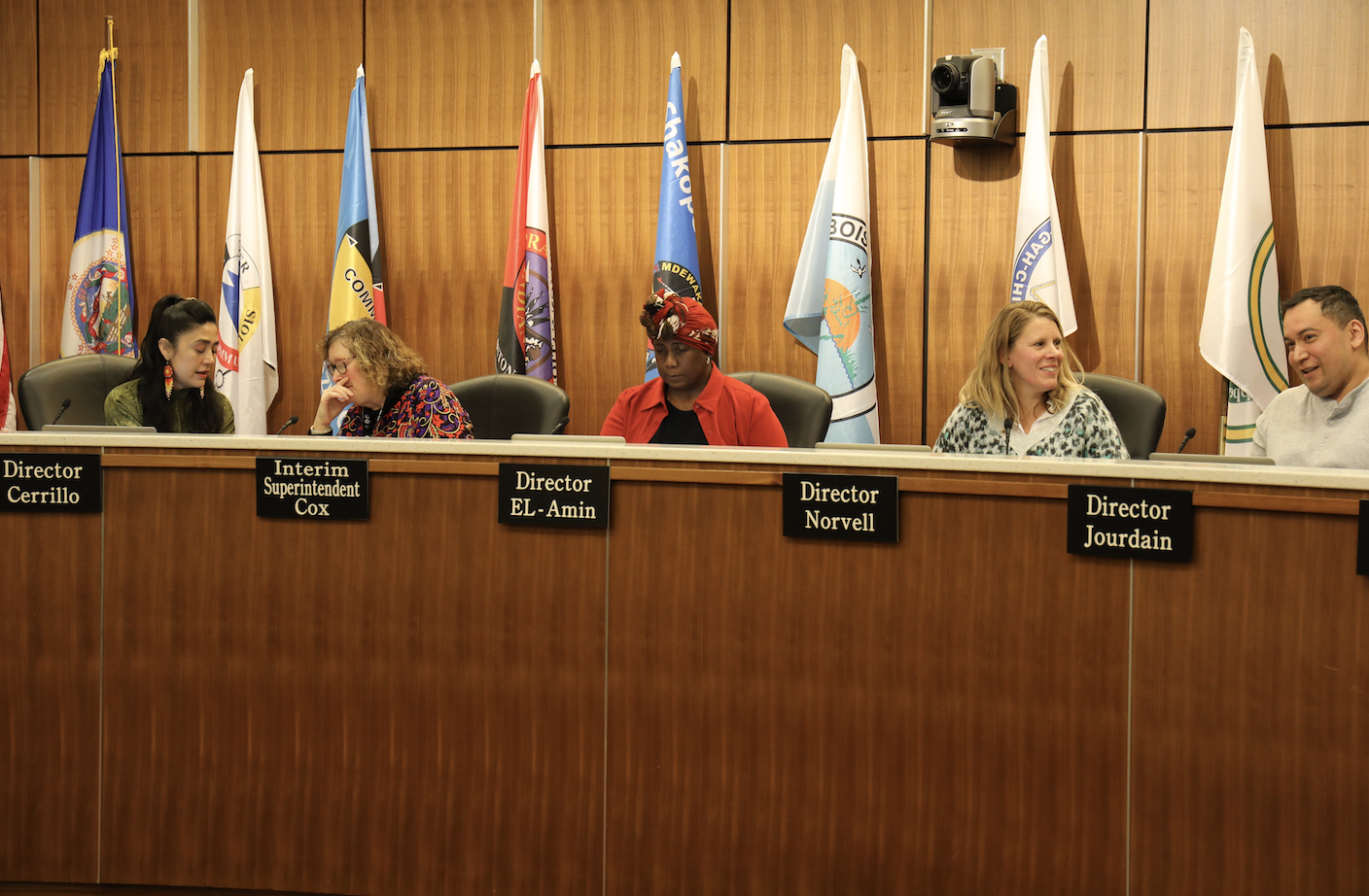 Members of the Minneapolis Public Schools Board of Directors chat during a recess during their January 3 organizational meeting.

New school board members were voted in by the public during the November 7 city-wide general election. Ellison said the student representatives would be joining the meetings starting in February.