Funding will come from COVID funds and vacancy savings 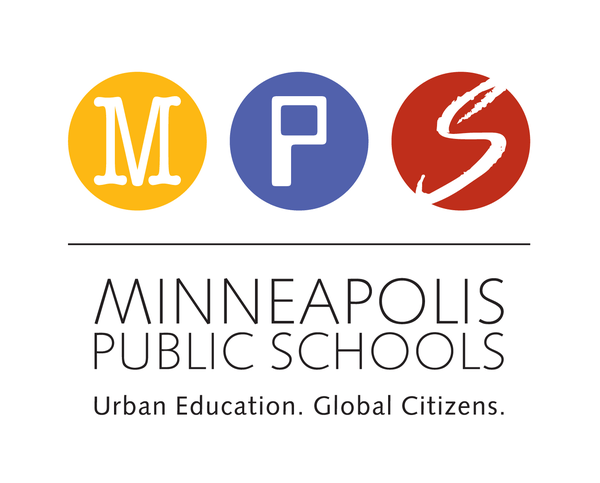 Editor's note: This article was updated on April 19 to reflect interviews with Minneapolis Public Schools Board of Education Director Kimberley Caprini and Chair Kim Ellision.

On April 13, the Finance Committee of the Minneapolis Public Schools Board of Education met for an update on the budget from Finance Department staff. For the first time publicly, staff shared that the total cost of the newly negotiated contract with the MFT 59 teacher and ESP chapters will be $53.5 million. The cost comes from a combination of increases to salaries, bonuses, overtime and extended time, and additional holiday and benefit pay from the extended school year.

Although the board had given guidelines to the district negotiating team, the final cost of the tentative agreement was not known to the board until after students had returned to school.

“I knew it was going to be a heavy lift,” Board Director and Finance Committee Chair Kimberly Caprini said. “I firmly believed that [teachers and ESPs] needed an increase. But I was shocked when I saw the final cost.”

“It was more than we were expecting,” Ellison said.

Director Caprini said she wished that the state and federal government had stepped up with more funding for public education.

According to Senior Finance Officer Ibrahima Diop, the new costs will be covered by two sources of funds. $24 million will come from what the district is calling vacancy savings. These are funds that were allocated for positions, both in schools and inside administration, in the current school year that were never filled. The $24million is a re-allocation of those funds. The second source of funds is $31.5 million from ESSER funds, the majority of which was awarded through the March 2021 American Rescue Plan.

For the 2022-2023 school year, the contract will cost $27.1 million more than what the district had initially planned for when it completed the budget tie-out, or building budget, process for individual schools on March 4, just days before the strike.

Previously, the district had forecasted a $59.1 million budget gap for the 2022-2023 school year, which would have been covered by ESSER funds as well as a portion of the general fund balance. With the additional costs of the collective bargaining agreements, this gap is now forecasted to increase to $86.2 million. The gap will require schools to undergo the budget tie-out process again in the coming weeks.

The additional $27.1 million gap from implementation of the new collective bargaining agreements will be covered by cost reductions. In the presentation on Wednesday, Senior Officer Diop said the reductions will come from a 5% reduction to department allocations at Davis Center, plus cuts to school allocations for the 2022-2023 school year.

In an interview with Southwest Voices after the meeting, Caprini stressed the importance of what she called “being surgical” with cuts to administrative functions, rather than a blanket 5% cut to all departments. Cuts to some areas of the administration would impact students and families more than others.

“There are some departments that can handle the five percent cuts and there are some that just cannot,” she said. Although a department like finance can feel removed from student services, she noted the importance of finance department staff who are responsible for compliance and avoiding adverse findings from the district’s third party auditor.

Caprini also noted that a cut of 5% to the transportation department could exacerbate the challenges the district is already facing providing reliable transportation for students. Her hope is to avoid what happened when the board imposed cuts to administrative functions in 2017 and schools and students saw a reduction in services.

“You can’t chop it off at the top. You have to make surgical adjustments so that administration will still be able to function,” Caprini said.

Principals received their updated allocations from the district on April 14. With the budget tie-out process, principals must construct building budgets that meet district and state requirements for staffing, programming and class sizes.

In addition to the cost increases from the collective bargaining agreements, the district has adjusted its enrollment projections for next year. The district has 751 fewer students enrolled as of April 1, 2022 as it did when enrollment counts were finalized on Oct. 1, 2021. The declines are  across grade levels and schools. Based on the attendance data and revised enrollment projections, MPS anticipates a loss of 1,000 students next year. Because the majority of MPS funding is based on the number of enrolled students, the loss of 1,000 students represents a loss of $6-10 million in funding for 2022-2023.

In the new budget tie-out process, schools will receive an adjusted amount of funding based on the revised enrollment projections. Part of each school allocation is a pool of funding for classroom teachers based on expected enrollment in each grade level.

Although teacher salary and benefit costs vary based on their years of service, credentials and job responsibilities, for budget purposes, the district utilizes a single cost per teacher across all schools that reflects the average cost of a teacher. For next year, the average cost of a teacher for salary and benefits will be $105,660. This is an increase of $4200 per teacher compared to the cost used in the original budget tie-out for 2022-2023 that was completed before the strike and new union contracts

While the district is increasing the baseline allocation to schools by $4200 per teacher for classroom teachers to meet class size targets, it is not increasing its compensatory revenue or Title I funds to schools because the state and federal funding is not increasing. For schools that traditionally use compensatory revenue (a form of state aid that is based on the number of students who qualify for free and reduced price lunch) and Title I funding to pay for additional teachers and ESPs, they will have to use the same allocation of funds to cover the higher costs of these staff. This will lead to staffing reductions compared to what the schools had planned for during the budget tie-out process that ended March 4.

The district uses what it calls a predictable staffing model at each school, which requires a baseline level of staff in specific roles at each building. The new union contracts require changes be made to the predictable staffing model, such as every elementary school having  a full-time social worker. Previously, some schools had a part-time social worker. In addition, some schools, which have a higher proportion of students who are eligible for free and reduced price meals, will be required to have additional social workers. A halftime school counselor position will also be required at some elementary schools with a higher proportion of students eligible for free and reduced price meals.

In order for schools to pay for these additional staff, the halftime differentiation specialist positions at each K-5 elementary school will be eliminated. Differentiation specialists help teachers provide a different level of instruction to students working at different levels in the same classroom. Superintendent Ed Graff noted at the finance committee meeting that schools will have to meet the staffing requirements of the new contracts first, before using other funds in their allocations to fulfill other staff positions.

Caprini said there is a possibility that the board may be able to mitigate some of the impacts on schools by changing board policies about certain funding streams, such as Achieve Minneapolis.

The cost of the new contract will also impact how the district utilizes its ESSERIII COVID-19 relief funds. Previously, the administration had proposed a plan for the ESSERIII funds. While the plan was approved by the board for the purposes of accessing the funding through MDE, the board has not approved a budget that allocates the ESSERIII funds according to the approved plan, yet. The plan was to allocate $75 million of the $159.6 million in ESSERIII funds to maintain staff continuity. Without these funds, there would have likely been layoffs because of enrollment declines in the 2020-21 and 2021-22 school years. Under the new contract, $98 million of ESSERIII funds will be spent on staff continuity, and $27 million will be spent on staff bonuses.

By law, 20%, or roughly $32 million, of ESSERIII funds must be used to address learning loss. This leaves just $2.5 million of ESSERIII funds for culturally-specific community partnership programs. Many school board members have pointed out the lack of funding for these programs.

It is not clear if the district will be able to find other funds for the previously proposed uses of the ESSERIII funds, including $11.6 million for additional HVAC upgrades, $2.3 million for replacing MERV-14 filters, and $14 million for increasing the number of devices so students can have one-to-one technology in the event of a shift to distance learning. The board members did not discuss the impact the shift of ESSER funds to staff continuity and bonuses would have on the previously planned uses of those funds during the meeting on Wednesday.

“Those are questions that I have as finance chair and conversations that the board will have to have,” Caprini shared after the meeting. She said that some of the plans for the ESSERIII funds for HVAC systems and air quality in buildings remain a priority for her because of the impact they will have on student health. She said she hopes those priorities can be balanced with needs students have around academic recovery.