The meeting included an update from Superintendent Graff and nearly an hour of public comments. 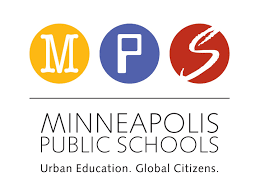 The Minneapolis Public Schools’ Board of Education held a regular business meeting on Feb. 8 where the board voted to approve a new strategic plan after vigorous discussion. The board also voted to approve a new student calendar for the next three school years, which will include days off during the school year for students for both significant religious holidays and professional development days. In addition to these actions by the board, the meeting included an update from Superintendent Graff and nearly an hour of public comments.

The meeting opened with nearly an hour of public comments. Several people commented on the ongoing negotiations between the Minneapolis Federation of Teachers (MFT59) and the district, specifically the demand to add contract language that would protect teachers of color from layoffs outside of the typical seniority order. Other public comments were about extending the superintendent's contract to only one year, with additional years dependent on improved academic outcomes of students.

In light of the recent killings of Jahmari Rice and Amir Locke, Board Chair Kim Ellison and Graff both acknowledged the ongoing toll that gun violence and the police killing of civilians is having on MPS students, particularly Black students.

Superintendent Graff updated the board on the return to in-person learning. This past week the focus was getting students reacclimated to their school day routines. Graff noted that the district continues to work with its regional partners, including the Minnesota Department of Health, to mitigate and monitor COVID in district schools. He stressed that the district will resume its school-by-school approach to determining school or classroom closures, if necessary, and thanked students, families and staff for their flexibility.

The first voting item on the agenda was approval of the consent agenda. The consent agenda includes items that don’t require a separate vote by the board for approval, including many contract approvals. The consent agenda was approved unanimously by the board without discussion. Part of the approval includes a $1.4 million contract for the construction of a rotating observatory on the rooftop of Hall STEM Academy, the district’s new STEM K-5 magnet school. According to the district, it will be the first observatory of its kind at an elementary school in Minnesota.

The consent agenda also included $500,000 in grant money for the Youth Coordinating Board. The grant money will be given to community organizations that host after-school programs for MPS students. The board also approved a budget increase of $120,000 for the Minneapolis Health Department to provide violence interrupter services around some MPS high school campuses. At the meeting, it was not clear how much money the board currently budgets for the violence interrupter services.

The school board directors engaged in a long discussion before voting to approve the district’s strategic plan. The vote was not done by roll call, but it appears Director Cerillo, El-Amin and Jourdain voted against approval, while Directors Ali, Inz, Caprini and Arneson, and Chair Ellison voted to approve. Director Pauly was absent.

During discussion, Directors Cerillo and El-Amin continued to voice their concerns about a lack of specifics in the plan. “I feel that [English language learner] students, special ed and also homeless and highly mobile students are invisible to this plan,” Cerillo said. She called for specific strategies to improve the experience and outcomes of these students in MPS schools. Director El-Amin noted that her previous concerns about the strategic plan have still not been addressed. “As a Black woman for my community I just feel that this is the time for us to clearly state what our intentions [are] for our Black students,” El-Amin said. “I think that we need to do some more work… and be intentional with our plan on what we can do for our Black children. Our Black families.”

The comments from Cerillo and El-Amin started a vigorous back and forth discussion about whether the issues they have raised since the board retreat in August 2021 have been addressed. Graff said that administration staff have attempted to make changes to address their concerns as best as they can.

Director Caprini said that the concerns of Cerillo and El-Amin have been addressed by specific goals and metrics in the strategic plan, particularly the portion of the plan specifying “conditions necessary for success.” An example of one condition is additional time for professional development, which is a “necessary condition” for the academic achievement goal. Caprini defended the work of the staff who had integrated the board’s feedback into the strategic plan. The board members “have [had an] ample amount of time to discuss opportunities, to write resolutions to change something and that didn’t happen,” Caprini said. Director Inz said that when he joined the board he felt the previous strategic plan wasn’t functional, and thinks this plan leaves the future board members with a workable strategic plan.

The board also voted on the student calendar for the next three school years. The board considered three options for the calendar, ultimately approving the second option. The approved calendar option includes two new features. Two professional development days will be added during the school year, an administration request to help improve academic outcomes for students. The calendar also includes days off for students on significant Muslim and Jewish religious holidays. These additions will result in 2 additional days off for students. The calendar will continue to start after Labor Day, have a two-week winter break and one-week spring break, and include 5 e-learning days to replace what are colloquially known as “snow days.”

Director Jourdain spoke in opposition to option two because it would extend the school year into the hot weather in June, interfere with family summer vacations, and could disrupt summer programs and internships that MPS students participate in. Directors El-Amin, Ali, Caprini, Inz and Arneson all spoke in favor of option two and the importance of adding the days off for significant religious holidays as a way for MPS to be more inclusive of the diverse backgrounds of all of its students.

The board will meet again in two weeks on Feb. 22 for a Committee of the Whole meeting. The public can attend COW meetings by signing up in advance but COW meetings don’t include public comments or voting by the board.