Pay What You Can at Provision Community Restaurant 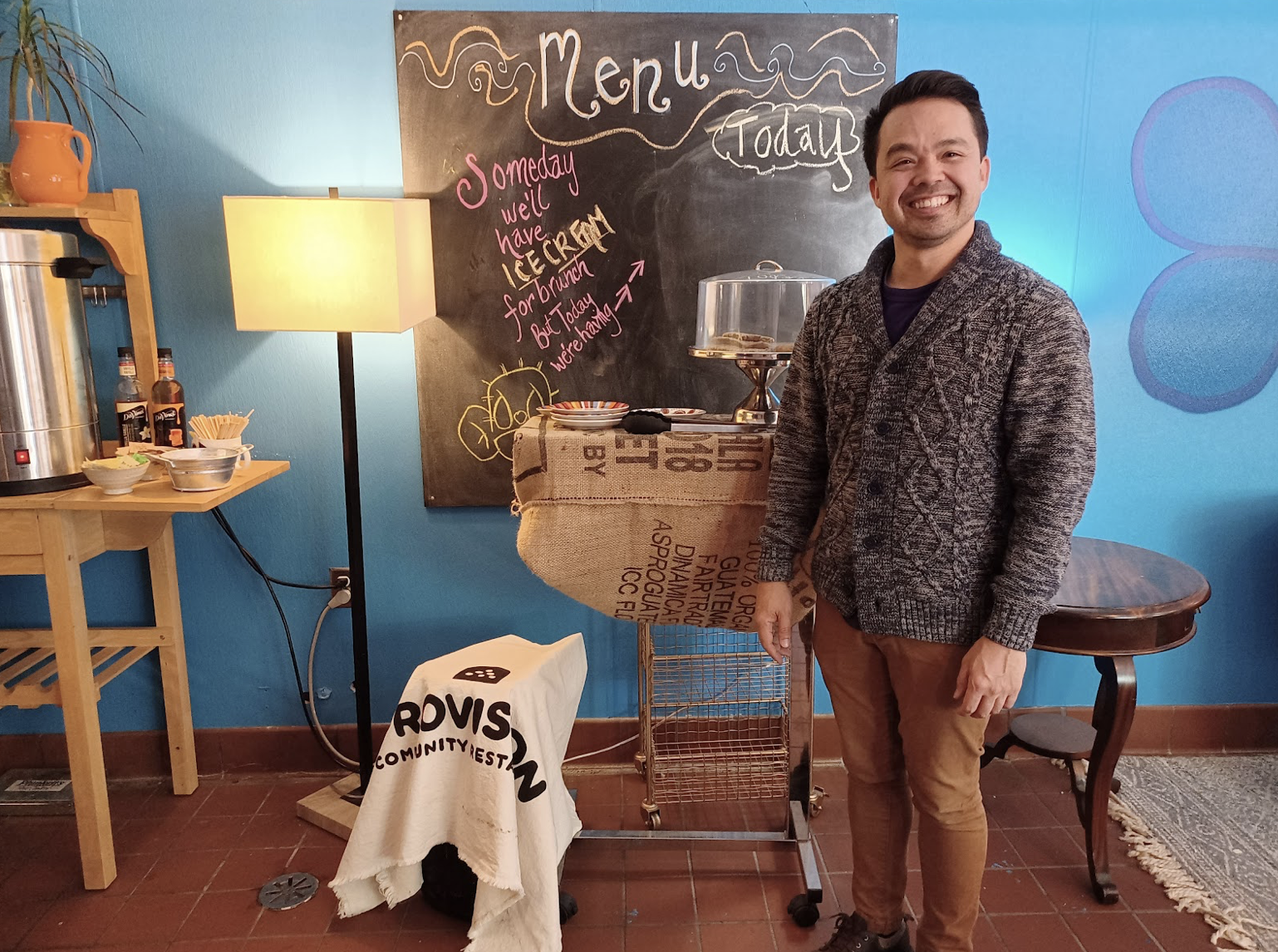 Provision Community Restaurant, located on Harriet Avenue by LynLake, is a non-profit that serves hot meals, crafted mostly with donated ingredients, using a pay-what-you-can model. It’s the first of its kind in Minnesota.

There is no price tag listed beside the day’s meal, and customers can choose to pay, volunteer or eat completely free.

Other restaurants, bakeries and businesses with food waste donate their extra usable food to Provision, whose kitchen staff transforms the ingredients into sauces, pastas and other dishes. The nonprofit’s goal is to receive 90% of its food as donations and buy just 10% or less.

The United States Department of Agriculture estimates that 30 to 40 percent of the American food supply goes to waste.

Kenny Beck, a founding board member who will become the executive director of Provision on July 1, said that the nonprofit’s goals are to tackle food insecurity, reduce food waste and decrease social isolation by creating a gathering space for community members.

Provision opened in late 2019 with a family-style dinner, meaning diners could share plates of food and pass them down. When the COVID-19 pandemic began, the restaurant shifted to a cafe-style experience with tables farther apart to prevent the virus’ spread. Beck and other employees still serve customers and offer them indoor or outdoor seating. Self-serve pastries are also available in the mornings. Beck said he hopes to return to family-style dinners to regain the sense of community they offered.

Since Provision is the first pay-what-you-can restaurant in Minnesota, Beck said that a marketing team reached out to Whittier community members to ask if they understood the concept or if they’d ever dined at a similar restaurant.

“One of the responses that stood out was that somebody had utilized a service like that, not here in Minnesota but maybe in California or elsewhere, and just being able to contribute something made them feel great, makes them feel connected and that they’re doing what they can,” Beck said.

Some community members, like now-board member Jesse Oyervides, who jaunted into Provision to announce that he planted zinnias outside, choose to help maintain the restaurant’s facilities. Others volunteer in the kitchen, wash dishes, mop floors or clean bathrooms.

Nobody is obligated to work or pay for their meals.

“By definition, provision is you being provided for and having enough resources and an abundance of resources, so you use that to give back,” Beck said.

One way that Provision extends its resources is through their food partners program, in which small or brand-new businesses can rent the restaurant’s abundant kitchen space for a below-market price. Minnesota law requires that businesses that sell food at markets or similar pop-ups must make their food in a licensed commercial kitchen.

When Provision’s board found the Harriet Avenue location, they were originally going to use a smaller portion of the building before the bakers who occupied the rest of it decided to vacate, leaving Provision with ample kitchen space for the small restaurant.

Beck said that two different coffee roasteries and a caterer are among Provision’s food partners. This model also leaves food waste for Provision to craft into hot meals.

One of Beck’s favorite parts of Provision is the opportunity it provides to share food and teach others to cook as they volunteer in the kitchen. While he learned to cook through the cooking shows he watched while using an elliptical after moving away from home during college, it’s fun to show others how to make food from scratch.

“Some people are shy about being in a kitchen, a little bit nervous,” Beck said. “I’ve had people just be shocked about, or [get] excited about, making a sauce from scratch on a stove top,” he said.

Going forward, Beck hopes that more people hear about Provision and that they can eventually return to the family-style dinners, which he said brought together people of very different backgrounds over food.

“I would love to see more people benefitting from the food that we create and then incidentally, as a result of that, building community,” Beck said. “Seeing some regulars would be really nice. Repeat traffic, people telling their friends about it, getting more people to come in.”

Provision is located at 2940 Harriet Avenue and is open from 10 a.m. to 2 p.m. Wednesdays through Saturdays. Lunch is available from noon to 2 p.m. and coffees and pastries are available all day. Find more information about Provision on their website.