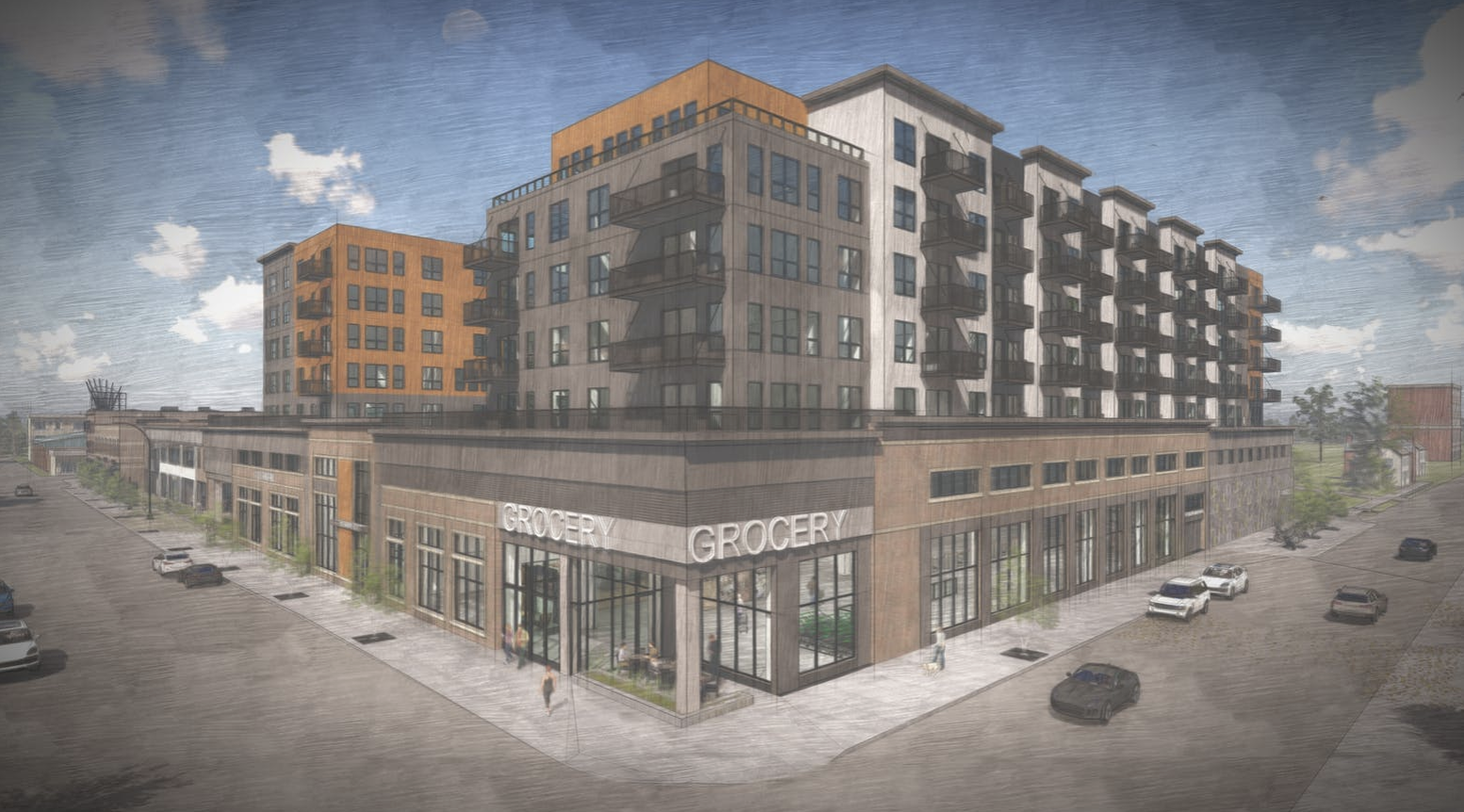 A rendering of the proposed 7 Points development

The Planning Commission meeting, with an agenda filled with Southwest development news, lasted ten minutes on May 23. During the meeting a public hearing was officially held on these developments, but no one spoke on any of the projects up for a vote.

The commission approved 7 Points Mall’s land use application to construct a seven-story addition with ground-level commercial space and over 250 apartment units to the existing 7 Points Mall. To make room for the development, the owners of 7 Points Mall seek to demolish the existing entryway along Hennepin Avenue South, the former Kitchen Window space, the CB2 store, and the former Famous Dave’s space.

The commission approved a plan to construct a new two-story welcome and administration building at Lakewood Cemetery.

The commission also approved a plan to divide the plot of land at 3756 West Bde Maka Ska Pkwy into two plots to build two, one-to-three-unit dwellings. The plan involves tearing down the existing house on the property. The lot sold for $1.8 million this year.

A new development is in the works next to Karmel Mall. The Planning Commission will vote on it June 13 to give the developer more time to “prepare necessary documentation.” The developer applicant is Basim Sabri, a real estate developer who has a checkered reputation in Minneapolis. Sabri wants to build a six-story, non-residential development just south of Karmel Mall. The proposed development would contain a grocery store on the first two floors, with offices and retail space in the upper floors. Sabri also owns 24 Somali Mall at 912 E 24th St. Former Councilmember Abdi Warsame referred to him as a “slumlord” in 2017 and said, “I have opposed the Sabri family’s proposal to expand their 24 Mall in my ward.”