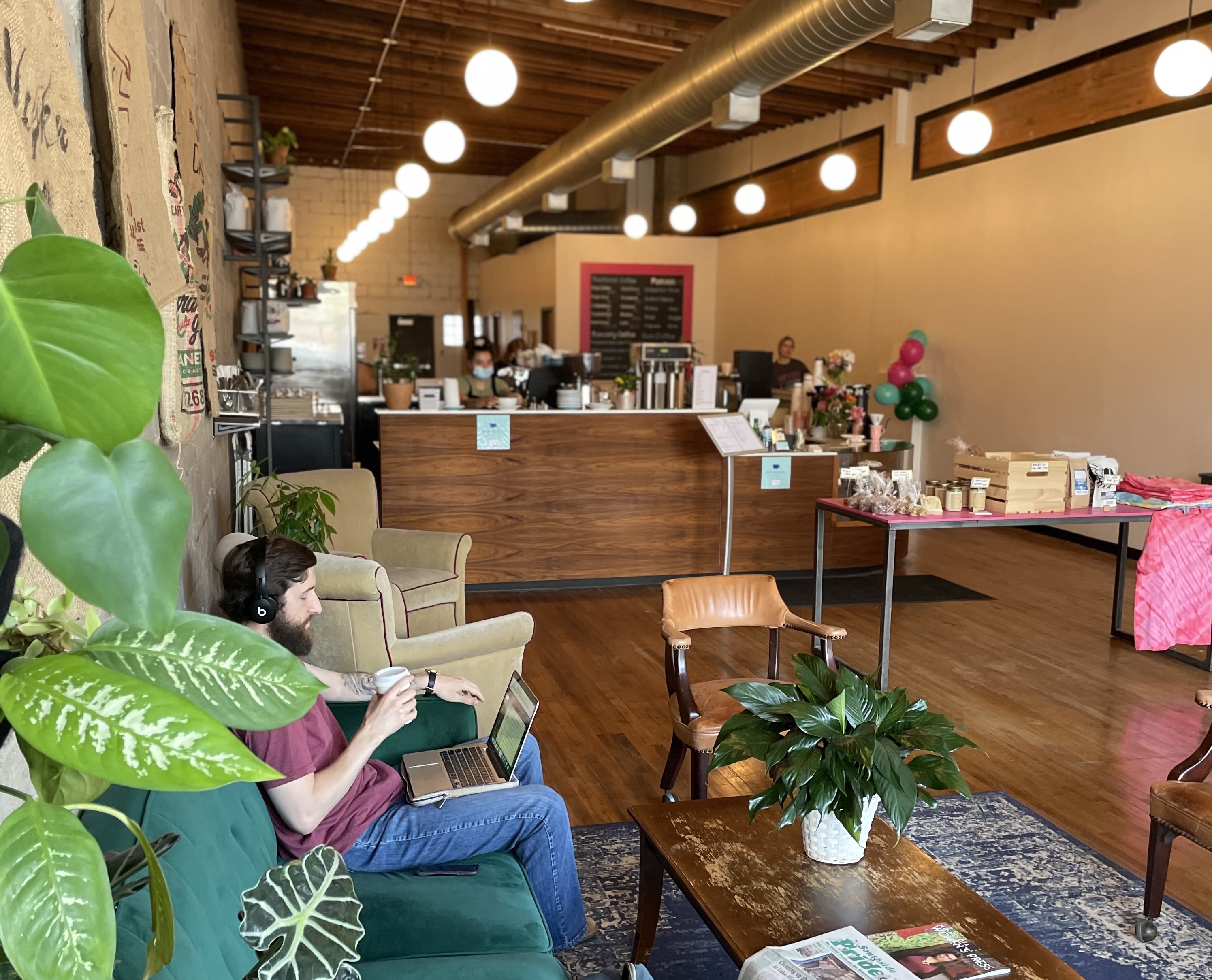 We visited Third Space Café, a really exciting addition to LynLake that opened last Friday. Erin Ryan-Mosley has spent several years working in the service industry (most recently at Zoey's right down Lake Street). She's a huge believer in the LynLake area, and wanted to cultivate a "third space" (beyond home and work) that the community can gather at. Between the warm interior (photo below), delightful paninis, great coffee, green plants, and even a therapy light in the back to help people get through the winter months, you're going to want to check them out. They'll be open all day Sunday during Lyndale Open Streets, and we'll keep you up-to-date on their fun event calendar coming soon.

Hennepin County announces its latest distribution of ARP money, which included a couple pretty exciting things, including $3.5M (which the city has pledged to match) for a new shelter as part of the Simpson Housing Services redevelopment in Whittier. The shelter will feature 42 permanent supportive housing units and 70 emergency shelter beds. The county also announced tens of millions of dollars for communities hardest hit by the pandemic, small business and nonprofit recovery, and resources to build economic opportunity.

The CHX story has more layers than what was revealed yesterday – the creative team behind the idea says their closure was driven by investors and their staff was laid off without their consent. (MSP Mag)


The Southwest Business Association announced a facade grant program to help fund improvements for local small businesses, which will mostly focus on aesthetic improvements or energy efficiency. They'll be giving away $50k in total. Check out instructions here to apply.

LynLake Brewery is celebrating its 7th anniversary this week which a bunch of fun activities, including tie-dye night, PJ day, live music, drag brunch, and finally wrapping things up with Open Streets on Sunday.

Lynfest is tonight! If you live in the Lyndale neighborhood, go check out your annual neighborhood meeting at Zion Lutheran Church (128 W 33rd St.), eat some good food, and vote on a new neighborhood board.