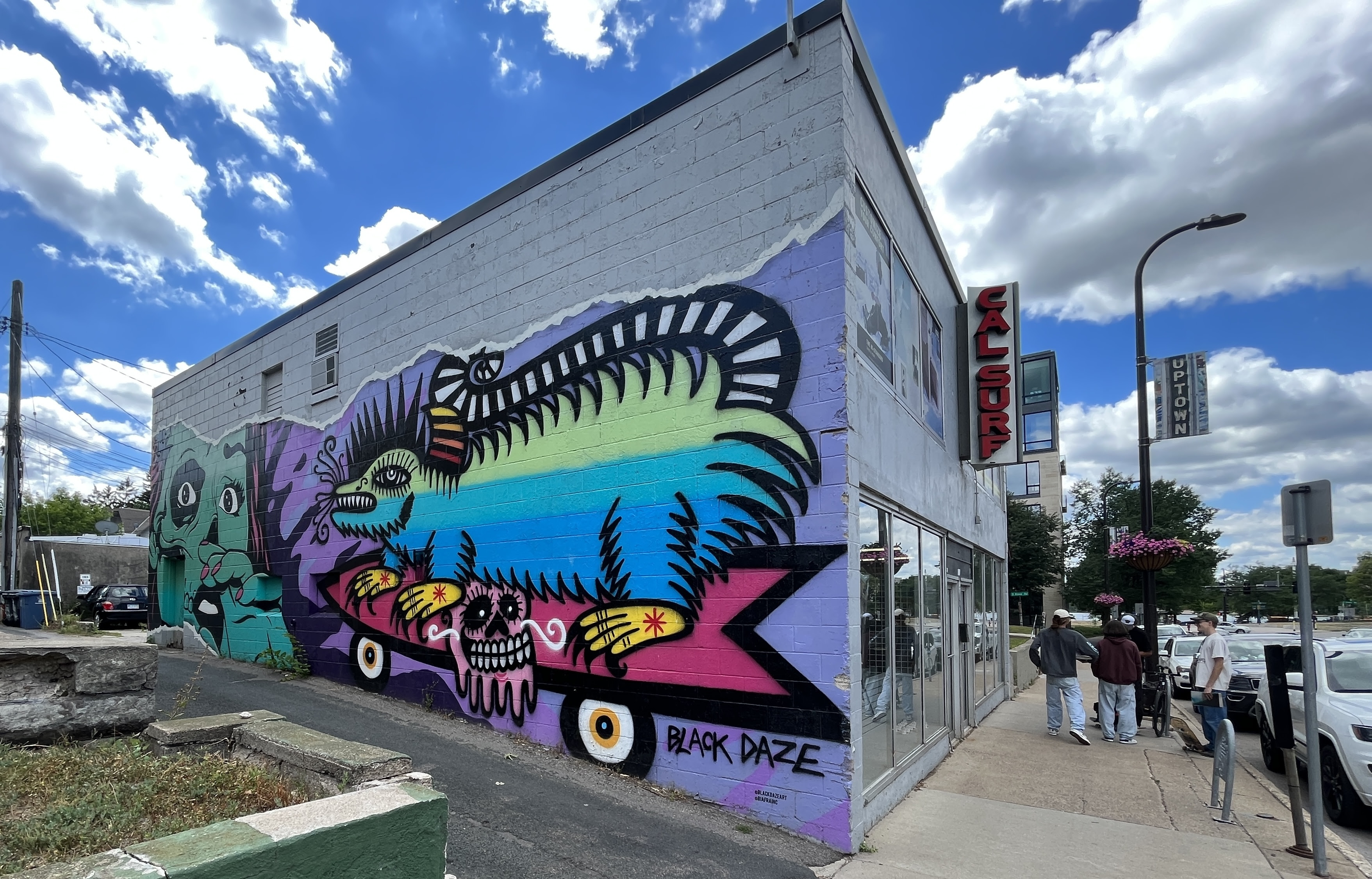 A mural on the side of Cal Surf in East Isles. The new Bde Maka Ska pop-up skate park is just west of the skate shop.

There is one week left until the deadline for the Aug. 9 primary, so let's talk School Board candidates. We have heard from almost all of the candidates and shared their answers in our School Board Voter Guide. Early voting is happening now, but Aug. 9 is your last chance to vote in the primary.

Email or text us with any questions you have about the Aug. 9 and Nov. 8 election. Southwest Voices is dedicated to explaining "common knowledge" that really isn't all that common. So bring on the queries.

Yesterday, the City Council's Committee of the Whole voted to affirm the mayor's nomination of Cedric Alexander to be the city's first commissioner of public safety.

‍The vote to move Alexander's nomination to the full Council on Thursday passed 10-0, with Ward 10 Councilmember Aisha Chughtai abstaining. During the public hearing yesterday, Chughtai asked Alexander directly about past allegations of sexual harassment. Alexander referred to the allegations as "retaliation" during yesterday's hearing.

In August, Compassionate Action for Animals hold its Twin Cities Vegan Chef Challenge. This year, five Southwest Minneapolis restaurants are participating. Each restaurant created a special vegan dish for the challenge and people can vote for their favorites.  What a fun, compassionate adventure. Let us know what you think of the Southwest vegan meals!

Did you see the epic lightening storm last night? Did you lose power? Here's a storm recap. (MPR News)

So you think you can plan a regional transit system budget? Met Council actually wants to see you do it. (Twitter/Met Council)

Local developer Ned Abdul and architect firm MacDonald & Mack Architects submitted initial redevelopment plans for Uptown Theater, according to the one sentence available before the pay wall hit. To whom they submitted the plans will be investigated by Southwest Voices. (Minneapolis/St. Paul Business Journal)

Uptown is the place to drink on rooftops. Arts & Rec, a mini golf course designed by the folks at Can Can Wonderland, opens in Seven Points on Friday. Mini-golf + a rooftop with a sculpture garden = hydrate and bring some sunscreen. (Twin Cities Business)

Centro opens tomorrow in the old Wedge Table location. The new spot will feature most of the favorites from their location in Northeast alongside a new smashburger bar. They'll be open for breakfast, lunch, and dinner. (Eater Twin Cities)

The Park Board meets tonight at 5 p.m. The board will be voting on a resolution that would stop the Open Parkways pilot study. The study is looking into the feasibility of closing the parkways to vehicles traffic (glimmers of what happened during our pandemic lockdowns).

The Wedge Environmental Committee is always looking for people to join them. This committee has developed the organics drop-off site at The Wedge, gardening on the Greenway, and community clean-ups. They typically meet the second Tuesday of every month. Email noahcamerson95@gmail.com or karlhahnmn@gmail.com to be added to the email list for meeting information and updates.

Tonight through Friday you can watch "Fast Times at Ridgemont High," at the Walker Art Center, part of filmmaker Jennifer Reeder's series of formative teen films she watched growing up.

It's collie breed night at Unleashed Hounds & Hops. Bring your own collie or drink a beer and marvel at everyone else's dogs.