In 2014, the Minneapolis City Council unanimously approved a resolution recognizing the second Monday in October as Indigenous Peoples’ Day. At the time, Minneapolis was only the second city to do so in the country. 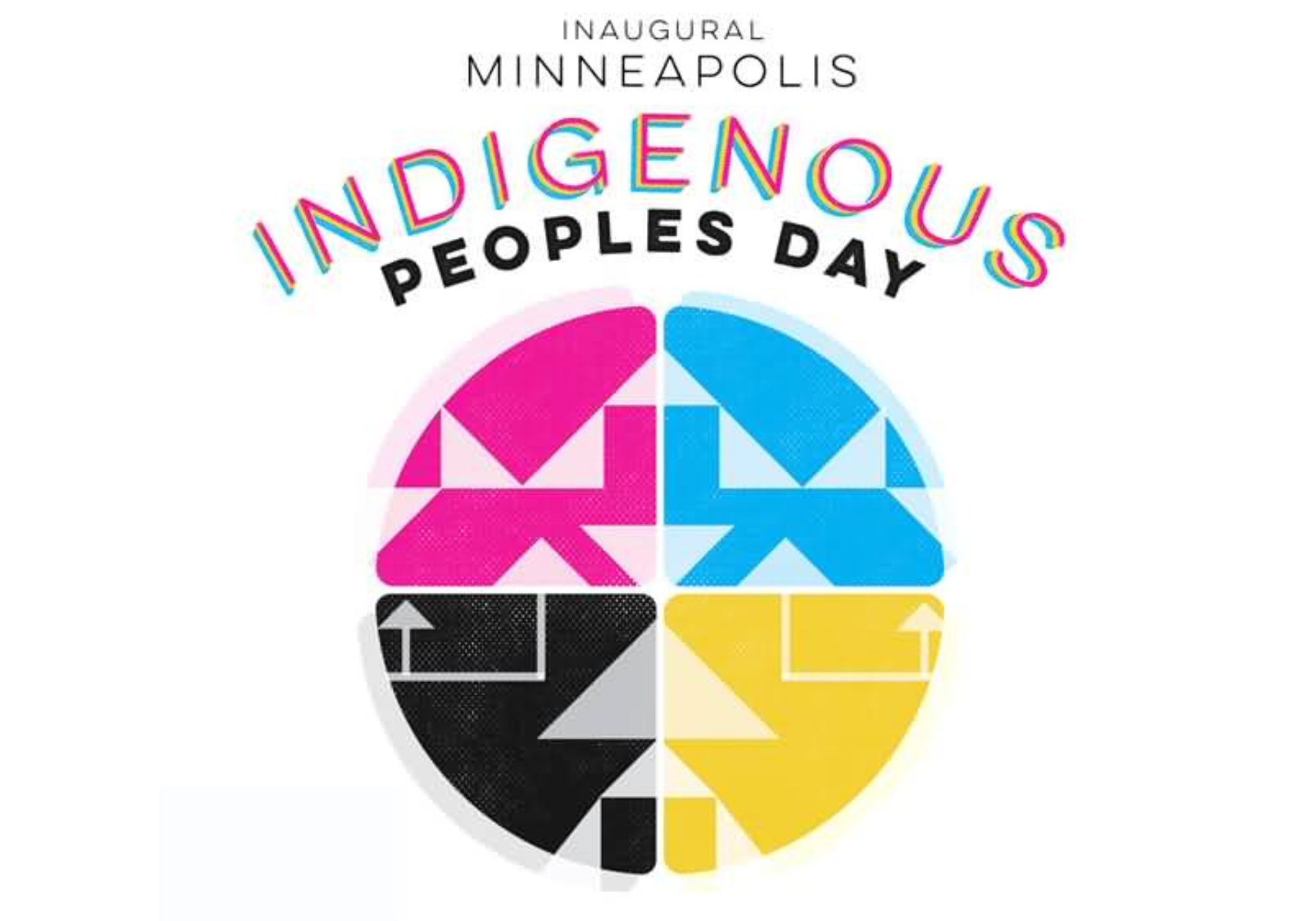 Amidst the music and dancing by the Spirit Boy Drum and Dance Crew were moments of reckoning.

“Tomorrow we are going to be making some chili and fry bread and handing it out at homeless encampments around town,” DeFoe said of Indigenous Food Lab’s work on Indigenous Peoples’ Day.

At the Sunday afternoon celebration, DeFoe, a member of the Red Cliff Anishinaabe tribe, was demonstrating how to make sunflower cookies using ingredients indigenous to Minnesota.

Minneapolis has a special place in Indigenous Peoples’ Day history

In 2014, the Minneapolis City Council unanimously approved a resolution recognizing the second Monday in October as Indigenous Peoples’ Day. At the time, Minneapolis was only the second city to do so in the country.

“A lot of my aunties and uncles and community had been working on it, asking for this for like 30 years,” Fairbanks shared on a 2020 episode of “Cafeteria Christian.”

According to The Circle, hundreds of people came to the 2014 passing of the resolution. Fairbanks herself got stuck in the hallway but watched as a young child observed the city “having something positive to say about Indigenous people.”

A much bigger celebration happened at the American Indian Center on October 13, 2014. Fairbanks organized and Sean Sherman catered the event.

The roots of Indigenous activism in Minneapolis goes back to the 1960s when the American Indian Movement was founded. AIM was founded in part by a group of mothers and grandmothers who wanted to protect children from police violence.

Fairbanks, a citizen of the White Earth Nation, likes to give people homework on Indigenous Peoples’ Day. Here are some things she has suggested in the past:

Learn the name and pronunciation of the tribe who lived or lives on the land you occupy. You can look up your zipcode or address on this Native land mapping website.

Learn about the Missing and Murdered Indigenous Women movement. The State of Minnesota released its MAMIW task force report in 2020.

Learn about the “Scaffold” sculpture by artist Sam Durant that was brought to the Walker Art Center's Sculpture Garden but dismantled and burned after “massive outcry” from the Native community.

“I can’t hype up Owamni and Indigenous Food Lab enough,” Fairbanks said over text. “It's so insanely impactful and revolutionary. Sean has basically had to rebuild Indigenous food systems from the ground up. Fairbanks said that Sherman’s focus on research, education and training other Indigeous people is “the best thing to happen to our communities in decades.”

This article was written on Očhéthi Šakówiŋ land, home to the Wahpekute Nation.