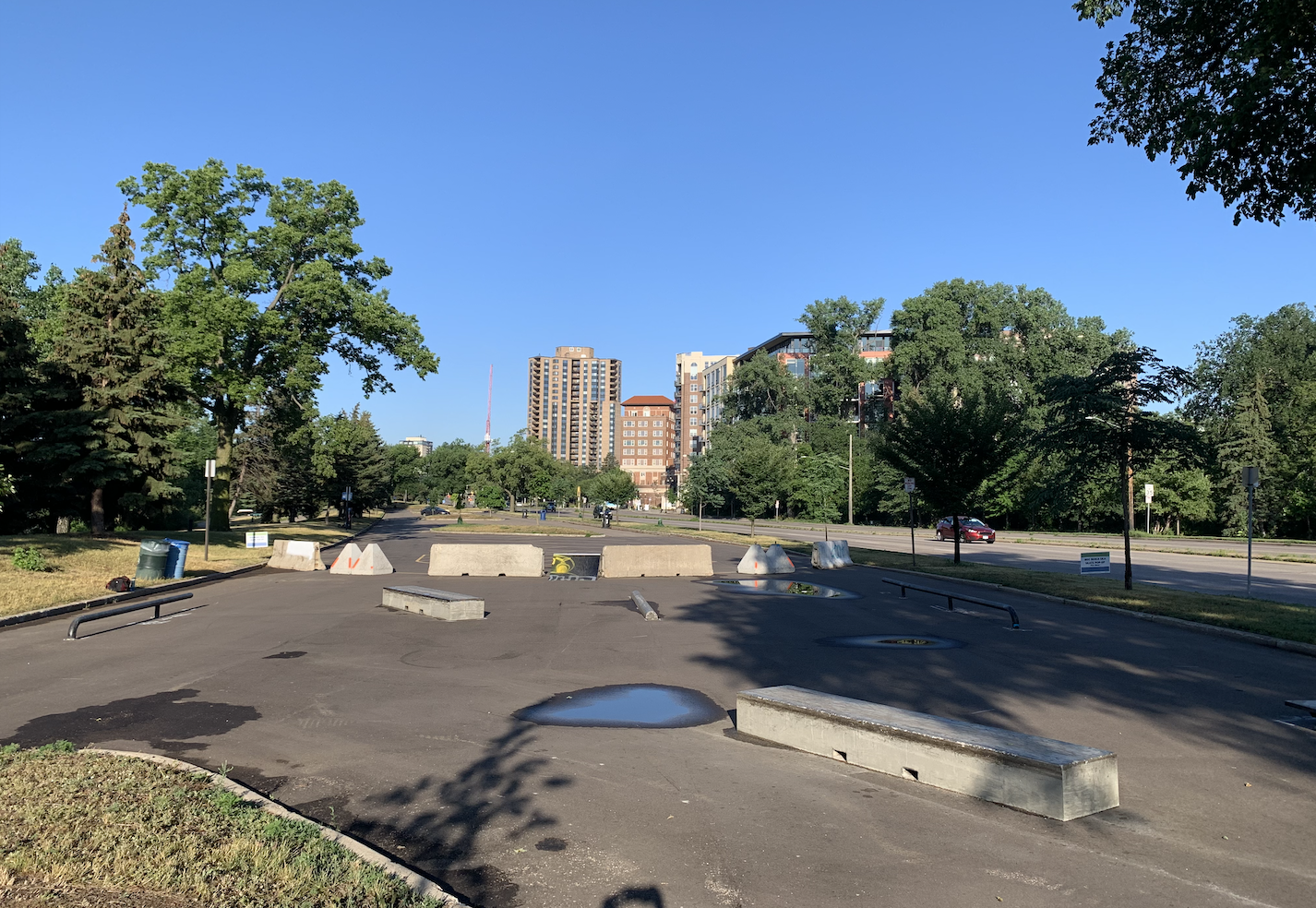 The pop-up skate park at Bde Maka Ska waits for skateboarders in the early morning sun. Photo by Emanual Williams.

Emails obtained through a public records request show that city officials were planning a push for dynamic lanes on Hennepin Avenue South as early as February immediately after the new Council was inaugurated. This came after Public Works had prioritized 24/7 dedicated bus lanes in the plan for four years. Adam Wysopal wrote about what he found in the public data.

The Public Works & Infrastructure committee meets tomorrow and will revisit dedicated bus lane items that were vetoed by the mayor in June.

We visited the Bde Maka Ska pop-up skate park this morning with Grant, a skateboarder and member of the Queer Skaters MN. "I like the solitude," Grant said, about skating alone in the early morning. Grant also pointed out that the skate park doesn't take up any parking spots in the actual parking lot. "People were pissed about parking" when the plan was initially announced, he said. The park is placed in a turn-around area of the lot. We will have a story up later today. 🛹

The Business, Inspections, Housing and Zoning Committee approved the Rent Stabilization Work Group appointments yesterday. In November 2021, Minneapolis residents voted to give the City Council the ability to pass a rent control ordinance. This work group will help craft a proposal of what this ordinance could look like.

Cedar Lake Point Beach is currently closed because of E. coli. The Park Board keeps a live map that you can monitor to check the status of the city's beaches and see when it's back open. (Twitter)

Here are some beautiful photos of the storm clouds from last night. (MPR News)


Streetfilms visited Minneapolis and went on a group ride with some bicyclists. Check out the biking infrastructure in the city and interviews with major bicycling stakeholders. Plus eagles nests! (YouTube)

This week a Minnesota judge struck down several of the state's longstanding abortion restrictions as unconstitutional, including a 24-hour waiting period and a requirement that doctors administer all abortions. (Axios Twin Cities)

An op-ed from climate-focused organization MN350 about why "overturning the 2040 Plan was a terrible error." (Minnesota Reformer)

The Bryn Mawr Neighborhood Association is holding its monthly meeting tonight from 6:30 - 8, at Bryn Mawr Presbyterian Church. Charlie will be in attendance and would love to meet any of you that can make it. You can also join online or by phone: 904-580-8554, pin: 75414157.

The Kingfield Neighborhood Association is leading a renter outreach campaign and looking for volunteers to help connect with renters in the neighborhood. Next Thursday there will be a door knocking event. All are welcome to join us and snacks will be provided afterwards. Questions? Email organizer@lyndale.org or call 612-823-5980.

Head over to the fields at Armatage Park tonight to watch the Minneapolis Millers baseball program's kid pitch championship. The game kicks off at 6:30 on field 7 and there will be an announcer, popsicles, and music.