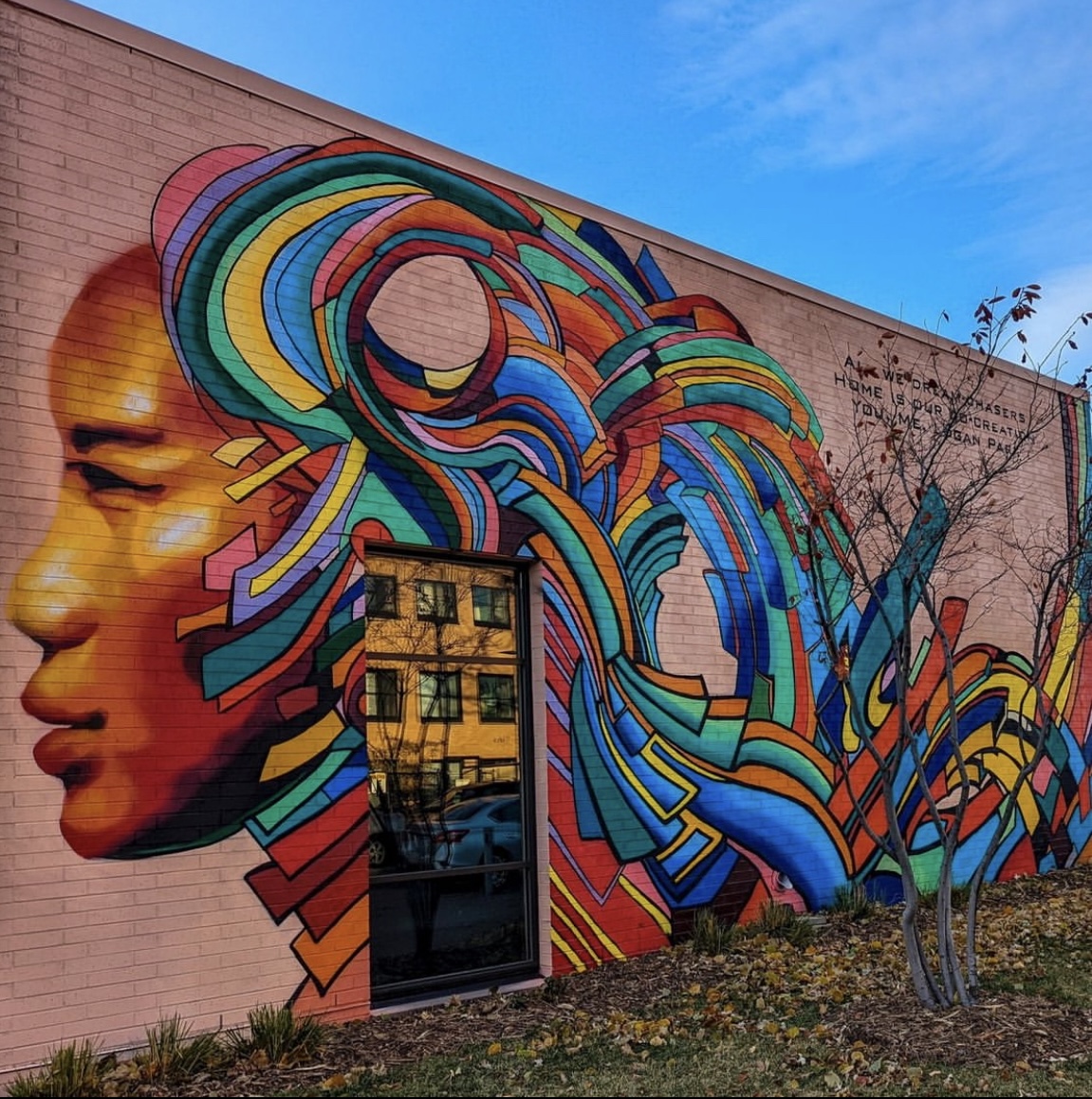 Graffiti is a controversial form of art. It can be a nuisance to business owners and it can brighten up a neighborhood. Tagging, or letter form, is often painted over on garages and walls. Graffiti brought people together during the George Floyd uprising in Minneapolis and the permanence of it reminds our city of our shared history.  This weekend, this art form will take over the LynLake area.

In its fifth year, the LynLake Street Art Series invites graffiti artists to design and paint murals on walls throughout the LynLake area. Wall locations this year include Cub Foods, the alley of Jungle Theater, Moxy Uptown, and the Greenway.

Luzier manifested the vision of a street art festival with Josh Wilken-Smith, owner of Legacy Glassworks, after he started attending the business association meetings in 2017. Luzier handles the logistics, Wilken-Smith invites the artists.

Over 50 artists are working this weekend, including local artist Ewok. “Ewok is a black artist, from the Midwest originally, and was very active in Minneapolis in the early 90's through 00's,” Wilken-Smith said. “He is internationally recognized as one of the best graffiti artists. His style has inspired generations of artists.”

Ewok, along with Yen34 and Much will take over a Cub Foods outside wall. “All three of these artists have 20-plus years experience as painters, and they have developed a mastery of the craft and materials,” Wilken-Smith said.

The Cub Foods wall showcases local artists who have distinguished themselves. “A legacy wall. A brief history lesson. A gift for future generations,” Wilken-Smith said.

A full map of the mural locations and artists is here.

The LynLake Street Art Series is influenced by other street art festivals, such as the RiNo Mural Festival and the Miami Mural Festival.

New this year is a gallery show featuring the street artists, hosted at the Planned Parenthood at 1200 Lagoon Ave. “BLACK BOOK” is an installation of works on paper by the artists of the 2022 LynLake Street Art Series. A black book, or sketch book, is where an artist develops styles and works through their creative  process before painting.

The gallery also features “Where There’s People, There’s Power,” a photography exhibit of KingDemetrius Pendleton’s work, reflecting his time spent as an independent photographer on the frontlines of the social justice movement over the last eight years.