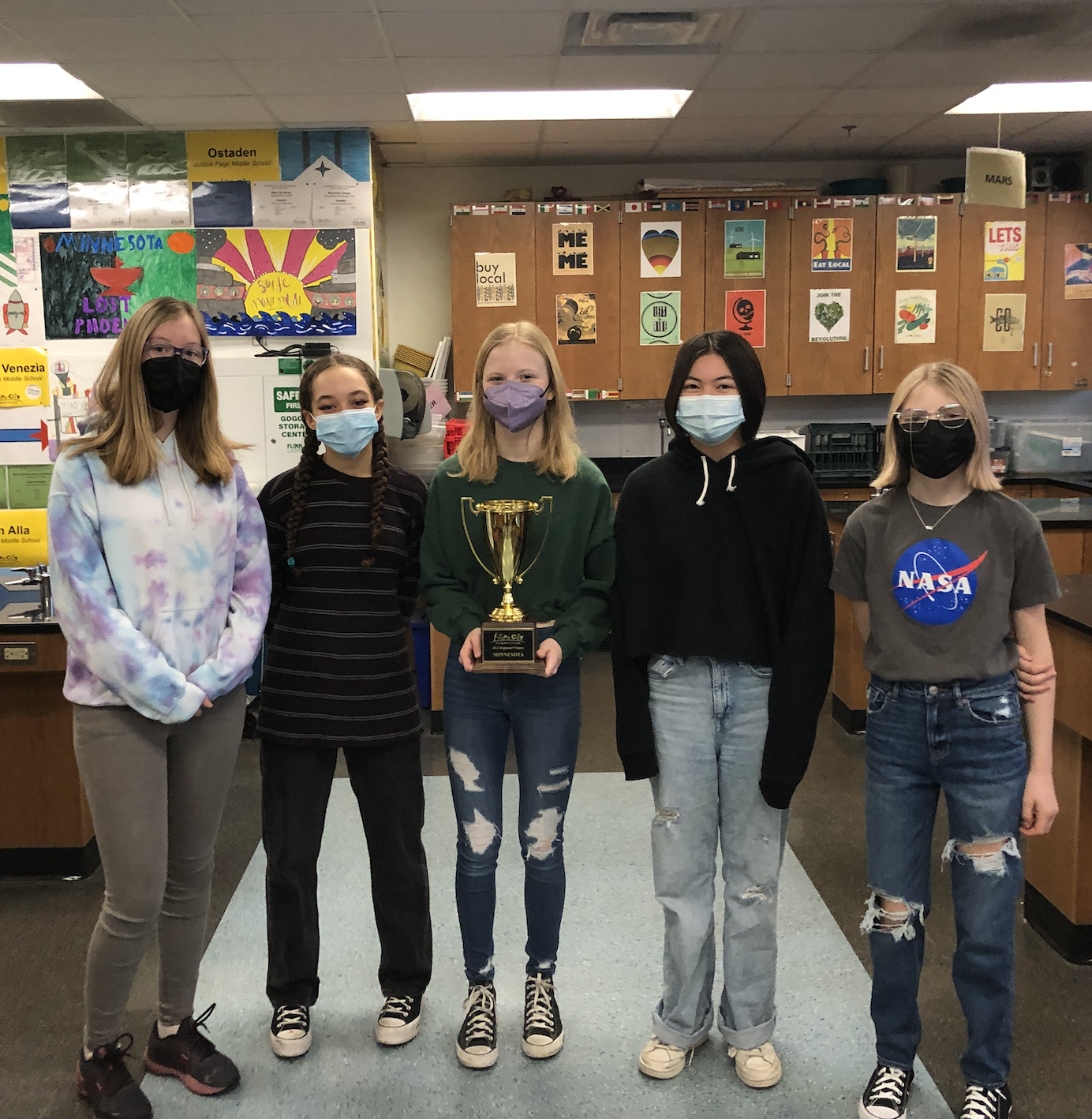 Welcome to our city of El Cusco Perdido, or The Lost Cusco, where the broken turns into the new, and the old turns into the future. Our future city team: Anja Kennedy, Brooke Lundgren, Gabby Hanson, Laura Lundquist, and Lily Brauer, students at Justice Page Middle School, have created a futuristic city set in what was once Cusco, Peru. The backstory of El Cusco Perdido (ECP) is that an earthquake, registering 9.8 on the Richter scale, hit the city and left Cusco buried in the rubble. After creating the basics for our city, our team strived to make every part of the rebuilt infrastructure and culture a thriving part of our zero-waste city. The theme for the future city competition 2022 is to create a zero-waste city using the circular economy. In our current society, we use the linear economy, where we take, make, and waste. The goal of the circular economy is to take, make, and reuse material to positively impact the Earth. The three principles of using the circular economy are: designing out waste and pollution, keeping products and materials in use, and regenerating natural systems.

When starting the complicated process of the competition, the 1,500 word essay was our first task. The essay was the deciding factor in whether we would be one of the 3 teams from Justice Page Middle School allowed to go to Regionals. We worked hard to complete our essay, and when we were done, we moved on to the model of our city. We made 6 segments of the model, including a model of a motorized gondola. After the model came to the city model slideshow where we explained different parts of our model and their uses. Then, we had to create a video presentation explaining how our city works and how citizens live in our city.  Completing these tasks came with a lot of challenges, but through the engineering design process, we pushed through and made it to Regionals.

After completing all of our tasks, we moved on to Regionals. At Regionals, we had two rounds of live Q&As or interviews. Between judging, we practiced what we thought were our weak spots in answering the judge’s questions and received feedback from our teacher, Travis Koupal, and our engineer mentor, John Haupt. After the two sets of judging, we moved on to the award announcements. First came special awards, where we won three awards, Best Infrastructure, Best Constructability, and Best City Model Slideshow. We then found out our team made it to the top 5! To conclude Regionals, we did our final interview of the day in a private room and watched the remaining teams finish. When the last competing team finished their interview, the winners of the regionals were announced. During the announcements, we were all nervous and felt so much hope for our project. Then, it was announced that we won first place. This meant that we get to go to Nationals!

Going into Nationals we found out that both the Q and A and the special awards were going to be online and not in Washington DC which was a bit disappointing, but we are still excited for our next big challenge. Now, we hope to climb as high as possible at Nationals. Our goal is to be in the top half of teams and win at least one special award. We have learned so much about the process of building and creating a city and will be happy about whatever the outcome will be.