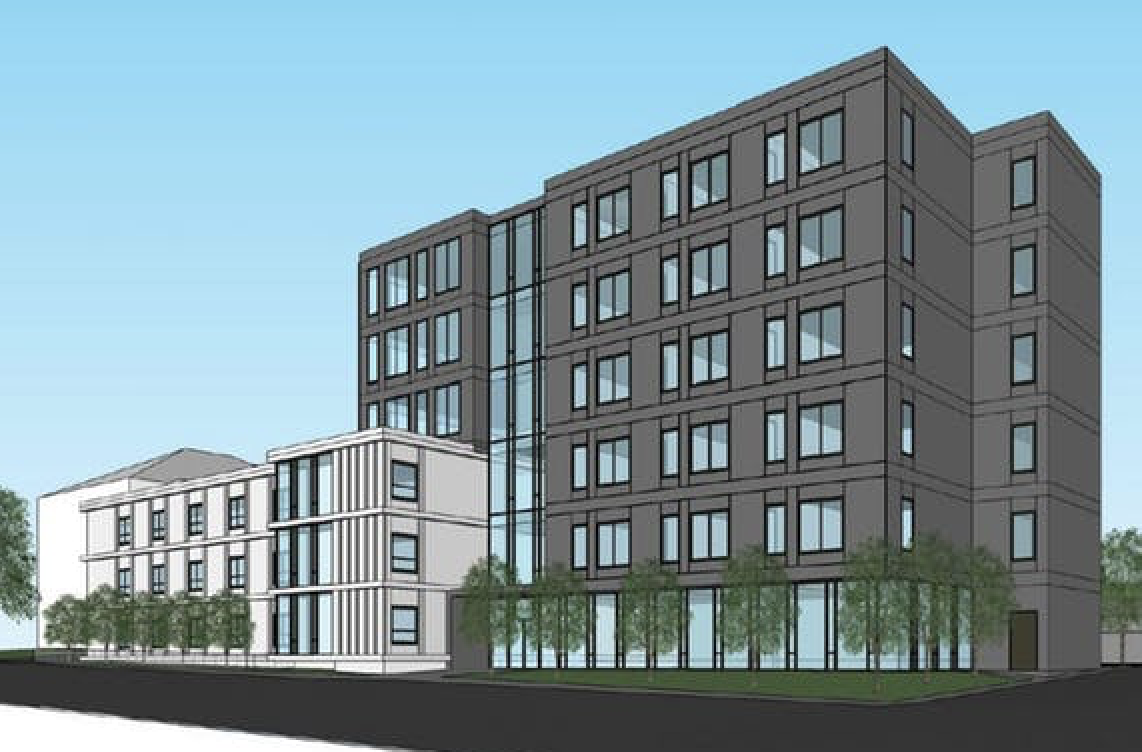 Lydia Apartments, a supportive housing development in Stevens Square, will be doubling in size to serve 40 additional people experiencing chronic homelessness, many of which have a mental health diagnosis. The plans for this site haven't generated a ton of public attention, which is a much different story than when the apartments were originally built.

Eighteen years ago, when Beacon Interfaith Housing Collaborative worked to take over the original structure (which was then an abandoned nursing home), they were met with waves of opposition, ultimately leading to a lawsuit and a picket of their founding congregation, Plymouth Congregational Church. The church got involved in the project when they began looking for a better way to house people that had been sleeping in the snowbanks in their parking lot. This time, after managing the property since its construction, their desire to expand the property was met with support from across the neighborhood.

Some of the Lydia residents have lived there since it was converted into permanent supportive housing in 2003, while others have moved on to other housing options. Beacon and Avivo’s models have been effective at breaking the cycle of chronic homelessness, and Minneapolis will need more partnerships like this one if they want to house everyone in the city.

The target population for the additional 40 spaces will be single adults experiencing chronic homelessness. Hennepin County will prepare a list of names for referrals through their “coordinated entry” system, and Avivo will lead outreach to the referrals from there.

The expansion will cost $13.5 million and will be financed by the National Equity Fund, Housing Infrastructure Bonds from the State of Minnesota, and receive key support from the City of Minneapolis, Hennepin County, Federal Home Loan Bank, Family Housing Fund, and Beacon. Beacon identified the Housing Infrastructure Bond (HIB) financing as a critical tool for boosting supportive housing across the city and state.

While this story is a hopeful one, because it will improve the lives of dozens of people in the city in a very direct way, the real story might be the lack of public opposition to the project compared to when it was originally built. This is a familiar story with lots of housing projects like this one. There’s a long history of neighbors opposing this type of housing being built in their neighborhood, and often the neighborhood doesn’t even notice by the time they move in, not to mention after the new residents become their neighbors.

If you want to support more of this kind of work, you can learn more about the organizations through a Beacon Now information session or by reading about Avivo's housing case management and ending homelessness services on their websites.