To Eliminate Police Violence, Listen to the Communities Most Affected By It 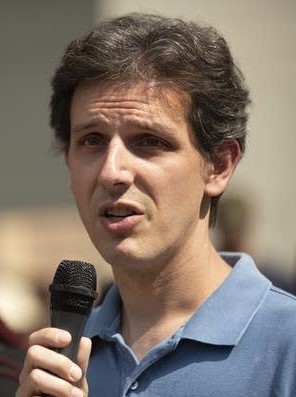 By Todd Schuman, Fulton resident and a spokesperson for Justice for Justine coalition

Minneapolis is once again grappling with the murder of an innocent person at the hands of its police department. As someone who has spent years advocating on behalf of police violence victims, the anguish I felt after hearing about Amir Locke’s death was matched only by my rage at the perpetual failure of our city to prevent these senseless tragedies. Yet despite having championed the issue of police reform at all levels of government, if someone asks me what we should do to curtail police violence, my answer is always the same: “I’m not the person you should be asking.”

For many who live in our corner of the city, which is wealthier and whiter than Minneapolis as a whole, stories of police violence can be hard to square with our own personal experiences. Most Southwest residents rarely have any interactions with police, let alone negative ones, so it’s easy to convince ourselves that any problems that do exist can be fixed by weeding out a few bad cops or tweaking police policies and training. Up until the police shooting of fellow Fulton resident Justine Damond in 2017, I likely would have espoused similar views. But that event set me down the path of learning how dysfunctional and resistant to reform our police system truly is.

In the wake of Justine's death, a tight-knit coalition of activists and families of police violence victims reached out to our community with compassion and wisdom, urging us to join the fight against the institutions that had caused the death of our neighbor and so many others. We created Justice for Justine, a group of neighbors committed to justice for all victims of police violence through comprehensive reform of our police and legal system. Through this work, our preconceptions of how the police operate in Minneapolis were shattered as family after family shared with us the agonizing ordeal of losing a loved one to police violence.  They described in grim detail the heavy-handed police presence in communities of color where harassment and brutality were commonplace. These first-person accounts were more powerful and more heart-breaking than any statistic or working group report could ever be, and it changed the lens through which we viewed our so-called justice system forever.

Beyond the magnitude of the police violence problem itself, we also learned from families and community organizers how every institution in our city designed to act as a check on police power is compromised or ineffectual. Recommendations for reform proposed by the city’s Police Conduct Oversight Commission are frequently ignored by police and city leadership. Complaints of police misconduct submitted to the Office of Police Conduct Review drag on for months and are rarely sustained. Consequences for misconduct seldom rise above the level of "coaching” (which the city does not even consider discipline), meaning the public has no insight into most of the cases which are found to have merit. Even marginal and seemingly-common-sense improvements like Mayor Jacob Frey's attempt to ban "warrior training" are defied by the police union.

The events surrounding Amir Locke’s death are the strongest indictment yet that the Minneapolis Police Department has failed to heed any of the lessons learned from dozens of previous police killings. MPD officers murdered a man in his sleep, then lied about the circumstances of his death. Mayor Frey’s "ban" on no-knock warrants turned out to be anything but. He and interim police chief Amelia Huffman fled a press conference where they could not answer even basic questions about the botched raid. And the department's new training director is a disgraced officer who was fired (then somehow reinstated) for his role in the corrupt Metro Gang Strike Force scandal. In this light, it is understandable when community organizers propose “radical” reforms like a public safety department or community control of the police, as they are among the last remaining options to address a policing system that obstinately refuses to be reformed or rehabilitated.

In the weeks to come, there will be no shortage of discussion about how to solve our city’s police violence problem. It is my sincere hope that we focus our attention not on political pundits or think-tank researchers but on the individuals and organizations rooted in the communities most affected by police violence. It is only through their stories and their tireless advocacy that we can fully understand the scope of this issue and the possible remedies. With that said, it should come as no surprise they are not all in agreement. Vulnerable communities are not a monolith, and each brings their own perspectives and desires for what public safety looks like for them.

If you would like to learn more, the list of organizations and voices below is a good jumping-off point. They are eager and willing to share their knowledge and experience, and we as Southwest residents have an obligation to use our outsized political power to center and amplify their voices in any conversation about how to eliminate police violence and ensure that our safety is not built on their oppression.