What happened after I was carjacked 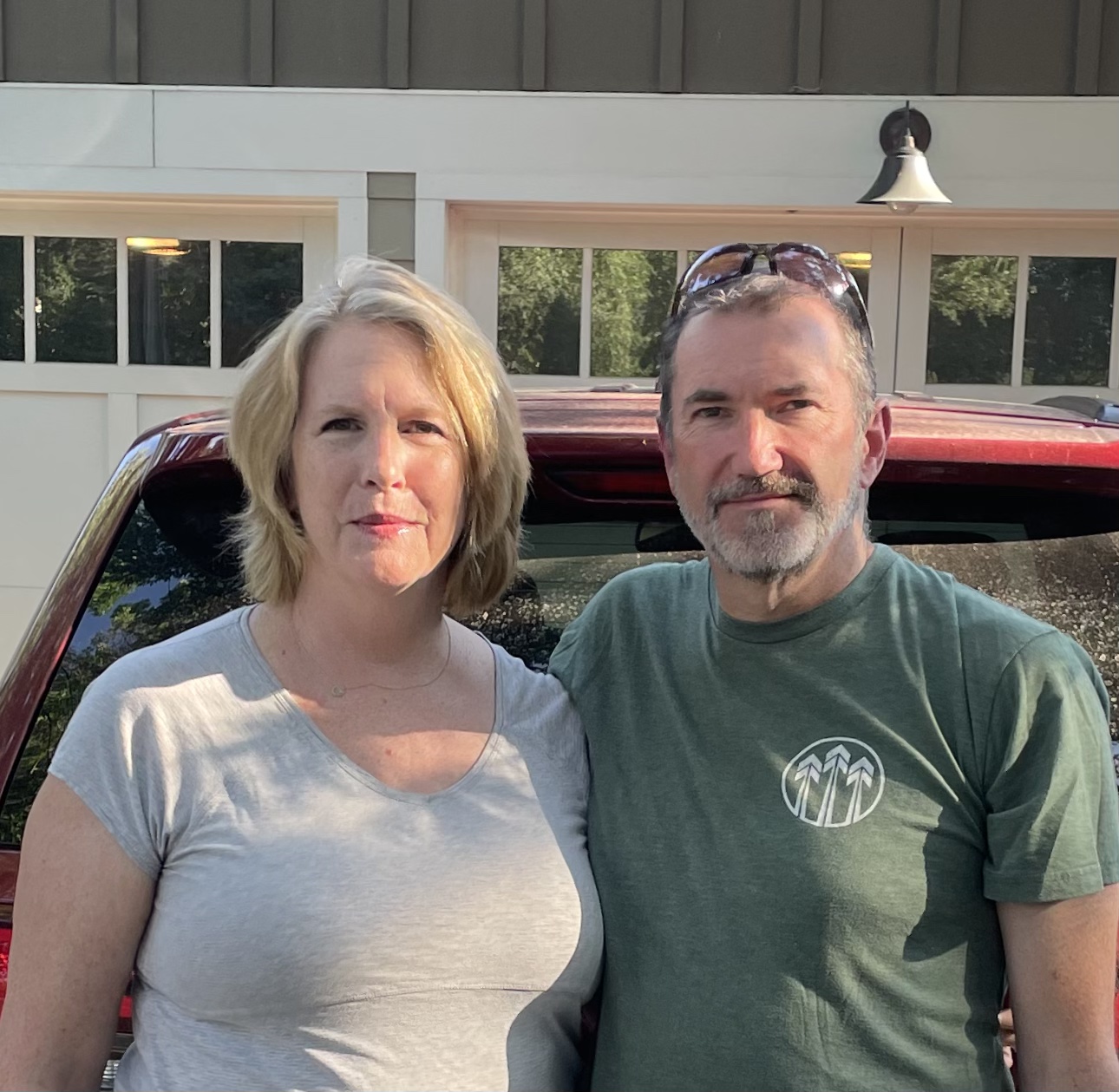 Melanie McCall and husband Dan Sampson, standing in their driveway with one of their two stolen vehicles.

Everything changed on Dec. 11, 2021, when I drove my Jeep into my garage on a sunny Saturday afternoon. I pulled my cell phone from its holder to check the messages that had come in while I’d been driving, and while scrolling through, realized suddenly there were two young men outside my car window. I was momentarily very confused, until I saw the gun pointed straight at my head.

“Give us the phone, bitch.”

“Give me all your keys, bitch.”

“Bitch, I told you not to look at me. I’ll kill you if you look at me again.”

They drove off with both our cars. As they pulled out of the driveway, I finally began to cry and scream, yelling for help in the driveway, while my dogs barked furiously, and lost their minds as they watched me lose mine. The next hours are a blur of police, calls to credit card companies, and neighbors coming in to offer help.

But here’s the thing: once I realized my life was no longer in danger, and I began to be myself again, I realized: these are boys. What the hell is going on that these boys are doing this? How could we all have failed so much that boys would be out boldly committing these crimes and then bragging about them afterward? And the biggest “ah-ha” moment of all: I now feel as vulnerable and unsafe as so many people in my community have felt every day for years, for decades.

What do you do with this knowledge? What do you do when your sense of security and your place in this world is shaken to its core? Of course it doesn’t help that all this happened 20 months into the Covid pandemic, which goodness knows has shaken us all up more than I need to describe here. So perhaps my coming unmoored after December 11 was merely the icing on the cake. Or maybe it was something more. All I knew was that part of my healing would need to be in taking action. By learning, by listening, and also by speaking out.

I joined with other violent crime victims in the founding of Safe Streets NOW For a Better Tomorrow. I’m only tangentially involved with them now, but I’m proud to say that this group has gotten the attention of city and state government leaders, including Mayor Jacob Frey and the governor’s office. Being with other violent crime victims from all parts of Minneapolis has been helpful.

My husband and I got our cars back within a month, paying to retrieve them from the Minneapolis Impound Lot on one of the coldest nights in January. They were fine to drive, but the interiors reeked of marijuana and were littered with weed, cigarette butts, socks, potato chips ground into the carpet, other victims’ credit cards and checkbooks, and spent bullet shells. And there was dust everywhere from the police checking for fingerprints. Even in that sorry state, it felt so good to have our cars back in our possession.

A few months after I was carjacked, an enormous wrench was thrown into my healing plan.

The likely gunman in my case, whose fingerprints were found in one of our cars and an arrest warrant subsequently issued, was found dead of a narcotics overdose, slumped over in his car, gun on the seat next to him. He was 21. He had a criminal history as a juvenile and was known to police. The arrest warrant was issued weeks earlier, and police knew about him, so why wasn’t he picked up? There are likely many reasons for that, but certainly a factor is that there simply aren’t enough law enforcement officers to go out and find most of the bad guys. They wait until the person becomes visible to them via committing a crime… or, in this case, being called in as a “slumper” in a parked vehicle.

As a result, this man –  who I wanted to confront, who I wanted to be held accountable for all that he did to me and took from me – is dead. I wanted my day in court, I wanted him held accountable, but I did not want him dead. The fact that this young man is dead is a tragedy. And again, I say, we have failed as a community for this man to be dead. After apparently so many opportunities to work with him, to mentor him, to teach him better when he was a child.

And I am left to wonder, who grieved for this lost life? Who grieved for this 21-year old who, like the rest of us, was born with so much potential, and somewhere along the way, it all went wrong? Who is here to remember him, to mourn his passing?

I won’t ever know the answers to those questions. There was never an obituary in the Star Tribune. But I can reasonably assume that this young man has younger siblings, or cousins, or neighbors.

I’ve learned you don’t just move on from something like this. Healing will be a long process for me. All I know now is that part of my own healing and moving forward must be to try to work with those kids.

I have to discern my own way forward to join in the efforts to help all of our youth feel seen, valued, and respected. This upper-middle class white woman from Southwest Minneapolis has had her world shaken. But maybe, in the end, that can be used for the good. I have to believe that.