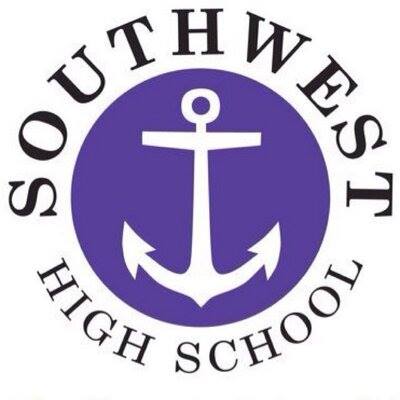 As the omicron wave calms down, students are settling back into in-person schooling, again. We don’t know whether another variant will wreck more havoc on students. Knowing how students responded to the omicron wave may help the district plan for future pandemic disruptions.

Before the district temporarily went to distance learning in January, the Southwest High School Student Council sent out a survey to their peers about going to school during the pandemic. Almost half of the students took the survey.  A majority of the survey respondents said they preferred to switch to online learning. According to Southwest High School Student Council President Emi Gacaj, freshmen and sophomores were more likely to prefer in-school learning. The survey was developed by Student Council Vice Presidents Jilian Brandl and Josephine Hartman.

During the omicron wave Gacaj told me over the phone, “I don’t feel safe at all.” Gacaj pointed to a lack of COVID-19 tests, mask availability, and transparency about how exposures are impacting their peers. At the time, students were getting exposure emails multiple times a week. “You are sitting there shocked,” Gacaj said.

In early February, Gacaj said, “Students are feeling a little better. The chaotic COVID energy isn't the same as it used to be. Classes are full, less students are testing positive, and there are more tests now being distributed.”

This winter, students took the crisis into their own hands by fundraising for KN95 masks. According to Gacaj, Minnesota Climate Action donated funds for masks. A teen-centered resource run by Gacaj, the body org, received a grant from Youthprise and used that funding to buy masks. Southwest students donated money, too. Most gave $5 to $10. Before the funds came in, Gacaj was giving out theirs for free. “I bought them before price gouging,” Gacaj said.

Gacaj’s activism is personal. “I have a high-risk parent and so many students have had COVID,” they said. And they aren’t alone. Gacaj shared anonymous comments students left in the survey during the omicron wave.

Like students said they wanted to switch to online learning during the variant wave to protect people at home. “I think there should at least be an option for students who don’t feel safe or are living with someone immunocompromised.“ Another student wrote, "Everyone at this school has at least one family member at home that they care about, some people live with their grandparents, if they get COVID, they could lose their lives easily."

The difficulty in transitioning back to distance learning was on the mind of one student who said, "I feel like the spread is really getting out of control and [distance learning] is a good way to stop it. But at the same time distance learning is hard for a lot of people. Me personally, I did good with it at first and then as it kept going, I just felt unmotivated and would always procrastinate."

‍A Pew Research study shows that parents are increasingly worried about their children’s academic and mental health well being during variant surges.

We have a call into Southwest High School for comment on how the school is faring with the district’s promised resources and declining COVID numbers.