Why does Ukraine matter to Minnesota? 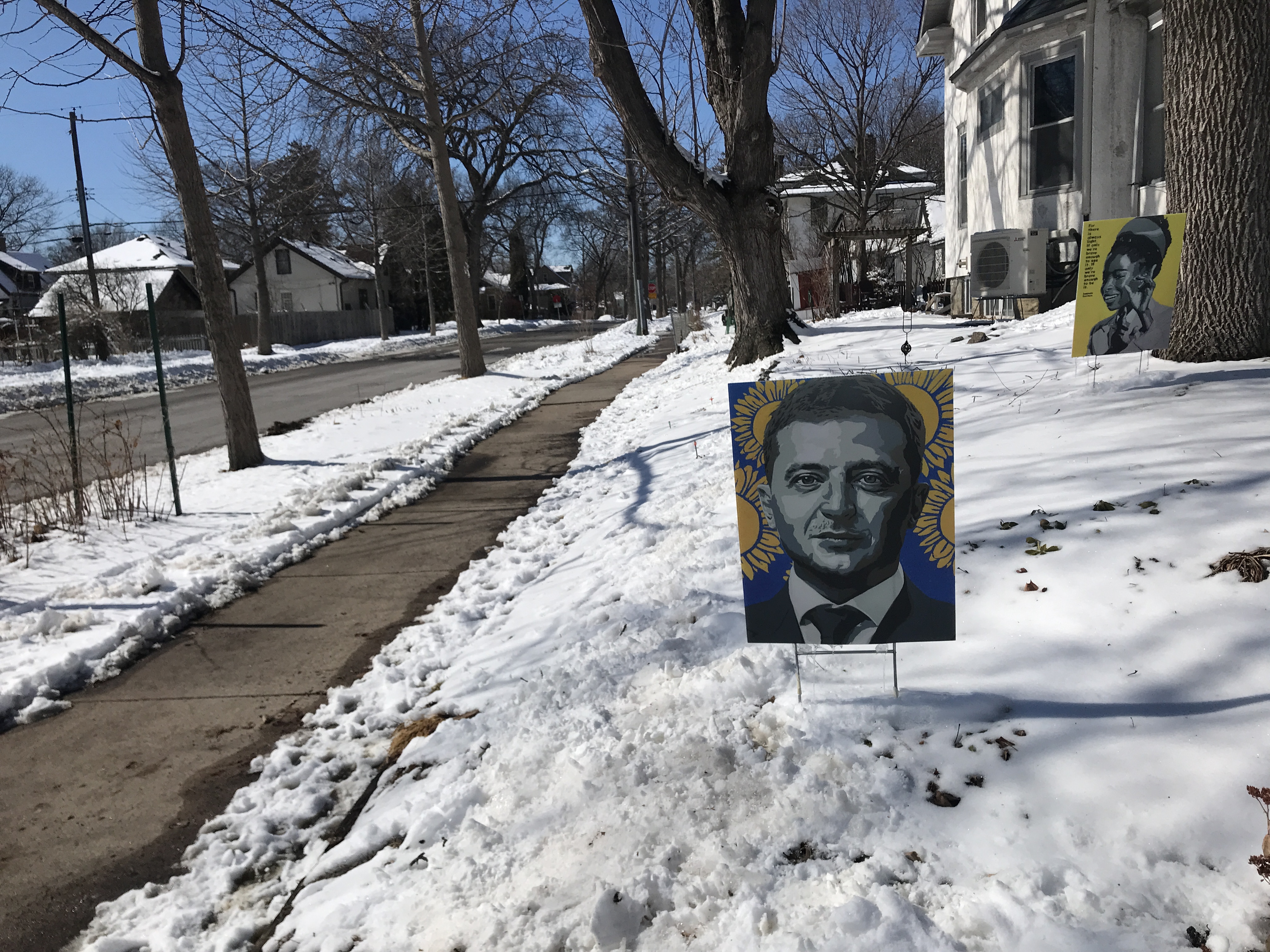 On Feb. 24, Russia began an assault and invasion of Ukraine. For those of us on the other side of the world, with our own personal and collective struggles (and as we begin to understand our “new normal” in a COVID-19 world), it may be hard to understand why this war matters to us.

It’s important to take a moment to understand Ukraine's modern history. Ukraine is a country on the western border of Russia with its own language, religion, and national identity. It was brought under Soviet control as a republic inside the Union of Soviet Socialist Republics (USSR) after WWII. In 1991 as the Soviet Union weakened and eventually collapsed, Ukranians launched a grassroots campaign for independence and won. Like most emerging states, their ability to shake off the former authoritarian regimes has not been a straight line and they have struggled to elect pro-democracy leaders to replace Russian-backed authoritarianism. In 2014, however, popular street movements for democracy were successful and a serious deepening of political independence and democracy has taken hold. The grassroots movements rallied and won around a demand for free and fair elections, and an insistence on stronger anti-corruption laws – all of which is anathema to Russian President Vladamir Putin’s vision of power.

Ukraine is also the home of the Chernobyl nuclear disaster of 1986. And it is one of the few countries to have completely decommissioned their nuclear arsenal. When it separated from the Soviet Union, Ukraine held the third largest stock of nuclear weapons. After 10 years of difficult conversations at dinner tables and negotiation tables, Ukraine agreed to give up the nuclear power status for the promise of Russian recognition of their independence. Russia’s invasion of Ukraine, credible reports that Chernobyl staff who keep the site safe from further leakage are now hostages, and the recent shelling and seizure of Europe’s largest operating nuclear power plant Zaporizhzhia are all violations of international law in the most deliberate, shocking, and irrefutable of ways.

Reasons why Russia’s invasion of Ukraine should matter to us

Both Ukraine and Russia are important players in the global oil market, which will be disrupted. This disruption will cause spikes in gas prices, particularly in Europe, and these costs will transfer onto all kinds of goods around the world. Those places that have diversified their energy grid, and decreased their reliance on oil and gas will fare better than others, but the most vulnerable people in the world are the most reliant on oil and gas and will suffer.

Ukraine is an important player in the world food market. Protracted war and destruction of their agricultural sector will contribute to food shortages throughout the world.

Minnesota is home to an estimated 17,000 Ukrainian-Americans, most of whom have loved ones who are now in danger or homeless because of Russia’s invasion. Many Ukrainian-Americans moved to the United States because of political instability happening since the 1950s. The current brutal assault brings up traumatizing memories of the displacement that caused them to uproot their lives. This trauma is true for other Minnesotans as well. Since 1979, Minnesota has become home to over 100,000 refugees from around the world. Those who have experienced the displacement that comes from war look on with nightmare visions from their past. Now is the time to embrace our neighbors who are in pain.

Respecting national borders and the illegality of the unprovoked attack are the most important principles in our international order. Without those principles, chaos reigns. Across the world, countries who have emerged from the tyranny of colonialism or who live in the shadow of border disputes are gravely concerned about their political independence. The UN ambassador to Kenya eloquently expressed solidarity with Ukraine and explained that for countries living in the African sub-continent whose state boundaries were determined by others, a nostalgia for the past would result in never-ending bloodshed.

In an interconnected system – ecologically, economically, and increasingly in our data and communications systems – the sense that we belong to each other grows in feeling and in fact. Those who follow international political trends find that while individuals tend to think of their struggles as wholly local, they actually map on to larger global patterns. This is why when you look at the invasion of Ukraine from a wider lens, it can be seen as a culmination of what experts have been warning.

Last year Freedom House sounded the alarm based on data tracked through 2020. They found fifteen consecutive years of a decline in democratic freedoms around the world. Over a fifth of the world’s population now lives in places that do not protect political democratic rights. Just over one year ago, in our country, the unthinkable happened and our nation's capital was stormed by those seeking to overturn democratically held elections. Over 725 people have been arrested, with most awaiting trial. Here in Minnesota, the non-partisan group Clean Elections Minnesota points out the ways in which democracy is under threat close to home with voter suppression, gerrymandering of districts, and the increasing amount of dark money at play.

People around the world stood up for justice in Minnesota, and now it’s our turn to stand up for others. Calls for justice for George Floyd had a scope far beyond our state and national boundaries. It became a global cause because clear violations of justice are shockwaves felt by all. Likewise, the fate of the Ukrainian people and their desire for freedom and independence affects us too. It is in your hands to be a champion of democracy wherever you are – to show your solidarity with Ukraine on social media, in op-eds, and letters to your elected leaders in Congress and the Senate. It is in your hands to push back against global trends at home by insisting on a variety of democratic protections: easy access to polls, automatic voter registration, non-partisan drawing of political districts, and the public funding of campaigns. It is in your hands to reject – in no uncertain terms – applause for authoritarians.