Why is the City of Minneapolis so committed to its status quo? 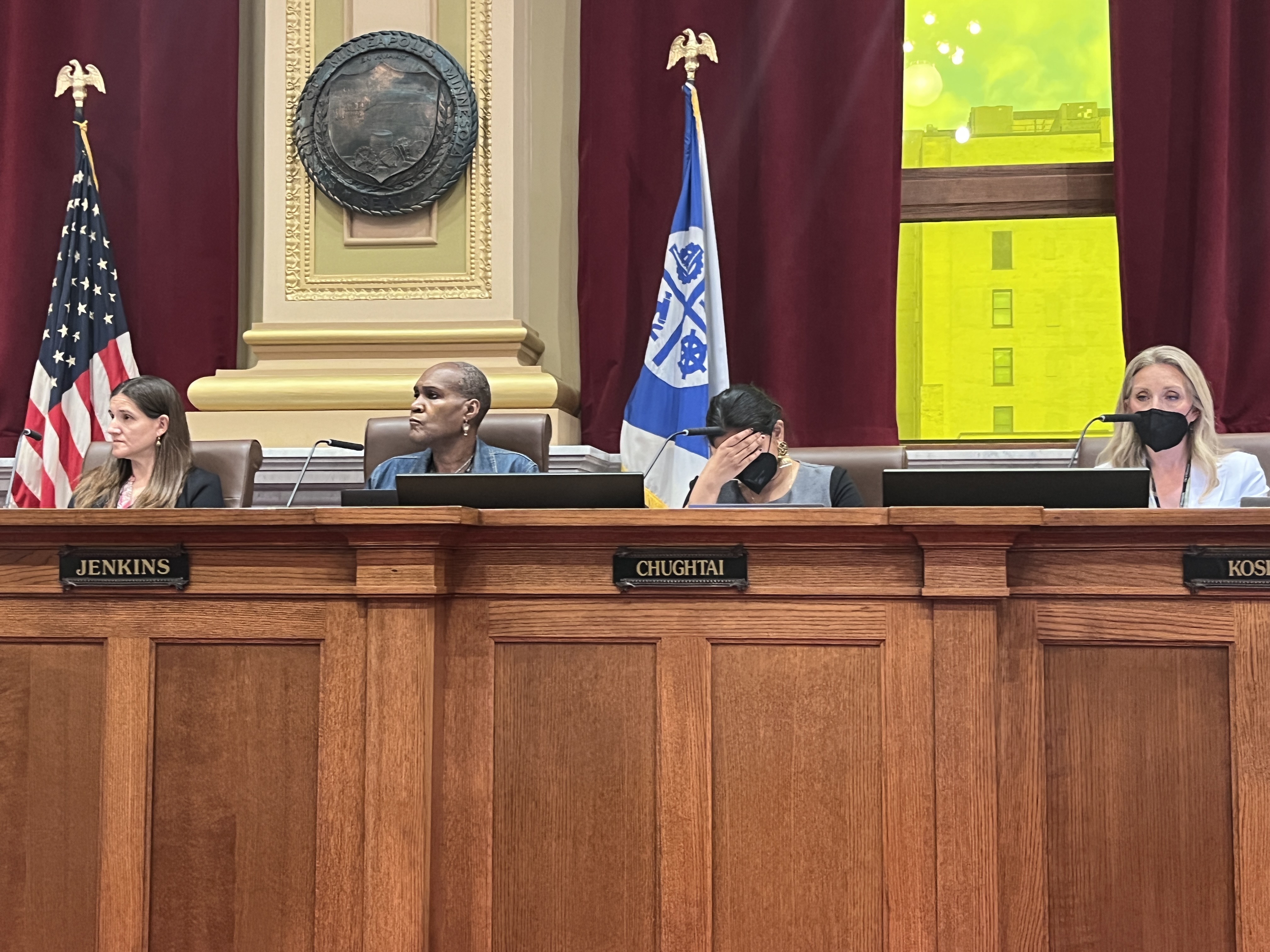 By Cecelia Caspram, resident of Ward 13 in Minneapolis and member of the Southwest Alliance for Equity

Earlier this year, Minneapolis city staffers pleaded with the city council and other city leadership to listen to them. Their message? Minneapolis City Hall is a toxic, racist work environment; the city coordinator, Heather Johnston, plays a large role in maintaining that environment; so thus, she should not be in the role.

The city coordinator is one of the most powerful unelected positions in Minneapolis city government – advising both the mayor and City Council on defining the city’s policies and priorities, and overseeing dozens of staff working in multiple departments.

Mayor Jacob Frey initially appointed Johnston to the position on an interim basis. He then nominated her for the permanent role. The city council confirmed that appointment with an 8-5 vote on June 16.

Now, Frey told council members he is moving four full-time positions out of the Office of Performance and Innovation (OPI). The director of this office, Brian Smith, is one of the staffers who has been vocal about the toxic work environment and opposing Johnston’s nomination. Johnston is Smith’s boss. The optics? Of course, they are that OPI is being punished because its staffers led an effort to name the racism they were experiencing within the city enterprise.

Johnston insisted, during her confirmation process, that she would never retaliate against those who spoke out against the nomination. Surely both Frey and Johnston will want to resolve these optics and remove all appearances of retaliation.

Last year, when Mayor Frey appointed Johnston as interim city coordinator, he said that the city would "undertake a competitive search for a permanent replacement in the weeks and months ahead." Less than a year later, with apparently no effort to execute a competitive search, he moved to appoint Johnston permanently.

As is standard for appointments like this, a public hearing was scheduled for the City Council’s Committee of the Whole meeting on May 24.

During that hearing, 23 people spoke against the appointment. Dozens more signed a letter opposing the nomination — and those were just people willing to take on the risks of being public with their opposition. Many who testified against Johnston vocalized their concern that speaking out would lead to retaliation by city leadership.

The hearing was contentious and emotional. Multiple staff, community members, and even council members struggled to hold back tears. Many council members seemed unlikely to support the nomination, based on their comments. Council Member Elliott Payne acknowledged how “unprecedented” the meeting was.

In the testimony offered, everyone who spoke in favor of Johnston’s appointment referred to her financial prowess. No one rebutted that claim. Johnston has a clear track record of excelling at managing a city budget.

Yet, a dichotomy was revealed by the testimony: people who supported Johnston’s nomination were, in essence, choosing her financial acumen over the well-being of the city’s staff.

Minneapolis has stated values that it fails to enact

In places like this, words like ‘compassionate’ start to lose practical meaning, becoming merely fuzzy ideas indicating theoretical intentions. And then, when a question arises about how to embody these concepts, people balk.

When Minneapolis formally adopted these values in 2019, that action may have been newsworthy. But enacting these values, day-to-day, will often seem mundane.

To not appoint someone to a role they’ve been nominated for may seem mundane. Yet, actions like this are what values look like in practical form.

Not appointing Johnston would have helped upend entrenched power dynamics that have animated this city for decades, shifting whose voices actually have influence. Even more, it would have prioritized the perspectives of BIPOC (Black, Indigenous, people of color) employees and their allies — something the city would prioritize if it embodied its stated values.

Part of why systemic racism is so insidious and impossible to overcome is that it lives within mundane and seemingly simple operational decisions like these.

Within massive systems like the City of Minneapolis, systemic racism persists because inertia, so-called “collegial relationships,” expediency, and the like usually win the day.

Individuals within these systems might care about ending racism, but also, they likely just want to check things off their lists and avoid too much messiness. The problem feels too big and intractable, so they don’t want to even try — and/or they might hope that someone else will take responsibility for changing it.

Combined, these truths mean that individuals in systems tackling true systemic change will need to buckle in, readying themselves for extended periods of tension, conflict, and uncertainty.

Within the City of Minneapolis, systemic racism has been the norm for long enough. As residents of this city, we need to start turning the tide. We need to center the humanity of our fellow human beings in this city — and especially listen to and honor the perspectives of those who are Black, Indigenous, and other people of color. We need to help Minneapolis live out the values and vision it claims.

What it all means

I want you, my neighbor here in Minneapolis, to be galvanized by this incident.

I know many of us struggle to understand what systemic racism even looks like, because there are no white hoods, burning crosses, or physical weapons involved – and, perhaps most importantly, there is usually not really any hatred or conscious bias involved.

To simplify, at its core, racism is about being unable, or unwilling, to see and acknowledge the full humanity of another human being. And that is something the city we live in is doing each and every day, to both its own staffers and its residents — just “the way business is done in the city,” system-wide.

Countering this systemic racism is on you and me. If we do nothing, it will persist, as systemic realities do. Is that what we want? If not, we must act to change it.

Editor's note: The inclusion of photographs from our reporting does not represent an alignment with the opinion piece.