Wrecktangle Expecting to Open for Takeout at LynLake in Mid-March 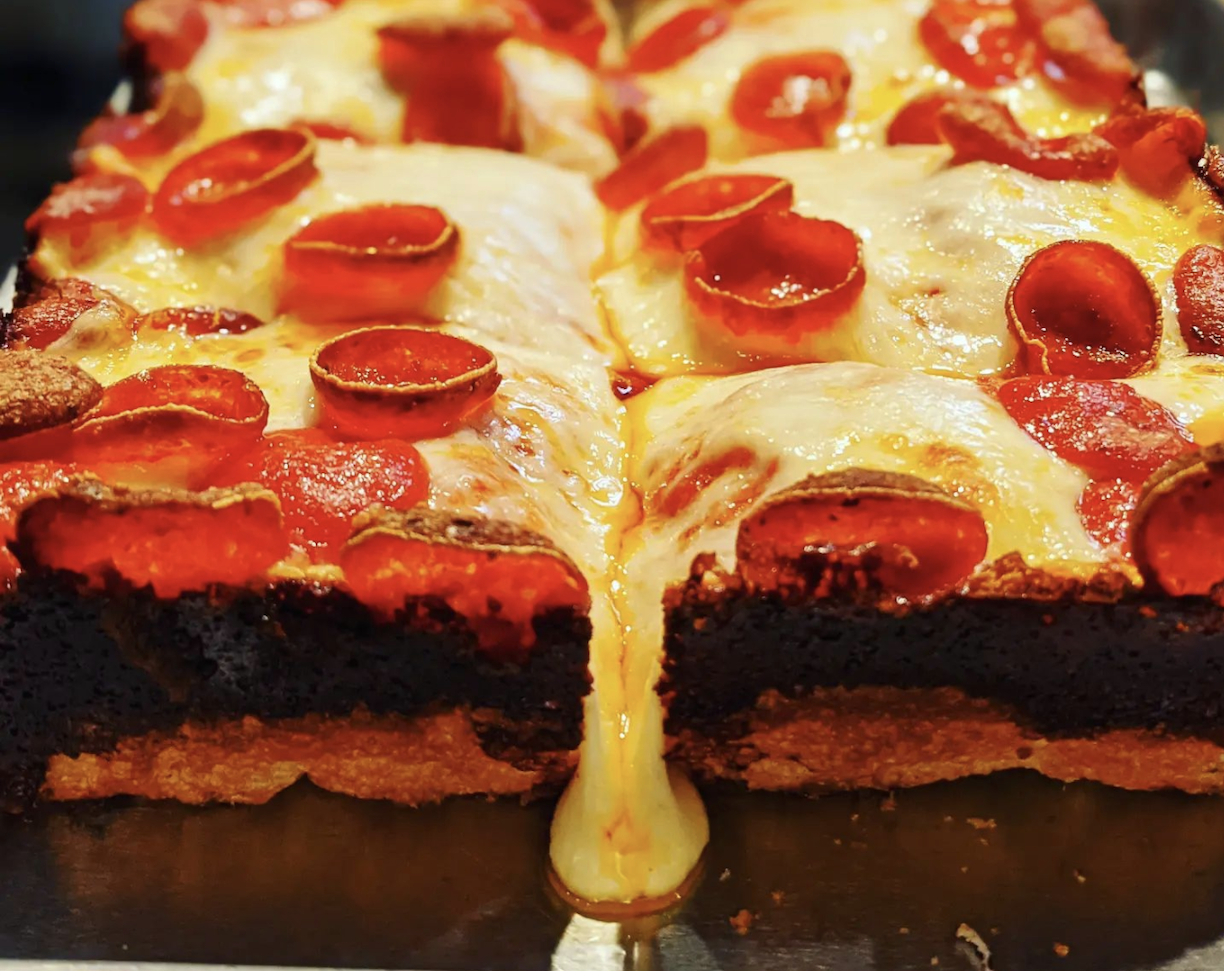 About a month from now, LynLake will officially have its own crispy, Detroit-style pizza. The team from Wrecktangle expects to be open for takeout service starting in mid-March in the old Prieto space on the southwest corner of Lyndale and Lake (701 W Lake St.). On Feb. 15, they presented to the South Uptown Neighborhood Association about their liquor license, which they’ll need to get approval on to fully open the rest of the restaurant.

The whole team has deep roots in the area. Wrecktangle’s owners are Breanna Evans and two brothers that graduated from Southwest High School, Jeff and Alex Rogers. While Jeff and Alex grew up in the city, Evans has a long history in the LynLake neighborhood as well. She got her first job in Minneapolis at Herkimer before later landing at moto-i. Two of them also live nearby in Whittier.

They purchased the space back in August, and have been using it as a commissary kitchen for their locations in Malcolm Yards and the North Loop since then. When I stopped by this week, their team was hard at work churning out piles of fluffy pizza dough for their signature thick, rectangular pizza at the other locations, which I can’t recommend looking at too many pictures of if you don’t want a watery mouth.

The space will have a few different areas, including a deli for takeout sandwiches made with the same dough as the pizzas and a makers market focused on products made by BIPOC and women entrepreneurs inside the Lake Street entrance, a full restaurant and bar in the middle, and a lounge in back on the Lyndale side of the building. The bar will feature an aquaponic garden tank above the taps complete with a full herb garden. There will also be outdoor patio seating outside on Lyndale.

Renovations for the new location have turned into a full-on family project, with both Evans and Rodgers’ parents pitching in with some manual labor on the changes. Evans’ parents have restored an old house in their hometown of Melrose, and make the trek down to help get the restaurant ready to roll on the weekends.

Evans gives a ton of credit to the the team behind Hasty Tasty, which closed at the same location in 2019, for making a ton of upgrades to the space, including new bar equipment and a giant smoker, which they’ll use to smoke many of the meats for their pizzas. They’ll share the smoker space with Bill Green’s BBQ Co.

To get fully open, they’ll need final sign-off on their liquor license from the neighborhood association, LynLake Business Association, and finally the City Council. They’re not expecting any hiccups in that process, and once it’s all done, they’ll be ready to open up the sit down restaurant as well.

Between this and the property being renovated on the other side of Lake Street (more on that soon), this corner is going to be getting even more vibrant in the very near future.