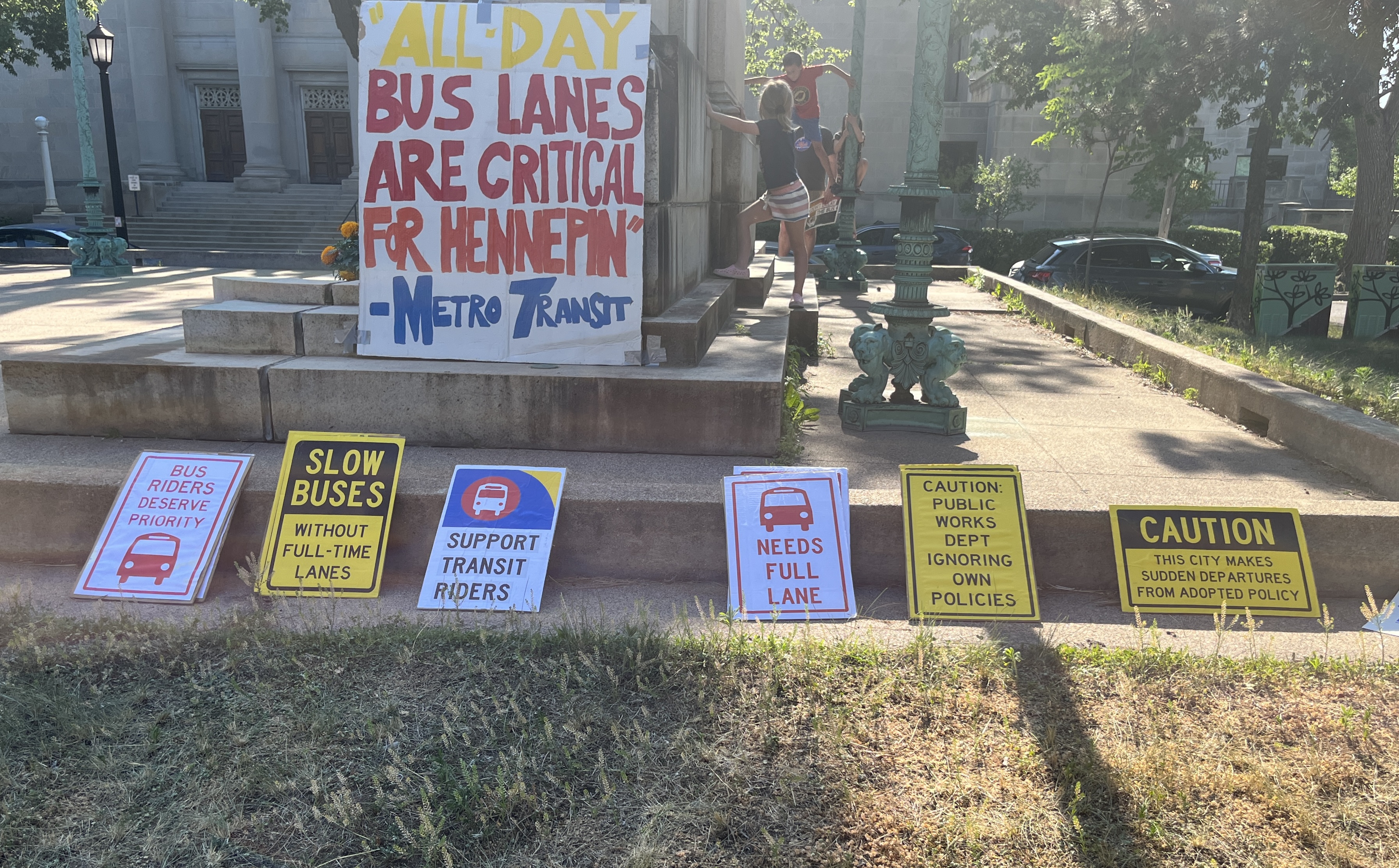 Before the council voted to send the items back to the Public Works committee, there was a vote to overturn the veto, but it failed 5-8.

Ward 12 Councilmeber Andrew Johnson proposed a resolution to move the two items back to committee for further discussion, “in the spirit of compromise.”

If the council chose not to revisit these items in committee, the redesign would have moved forward without any plans for bus or parking lanes.

During discussion, Ward 2 Councilmember Robin Wonsley reminded the council that the mayor vetoed a project that is inline with the city's own Transportation Action Plan.

She also said the project was not originally controversial and it shouldn't have gotten to a place of being vetoed.

On Tuesday evening, Hennepin for People led a march of about 70 people down Hennepin Avenue South in protest of the mayor’s veto. Hennepin for People has been at the helm of organizing people to contact their city councilmemebers about supporting all-day bus lanes.

The next Public Works and Infrastructure committee meeting is July 14.