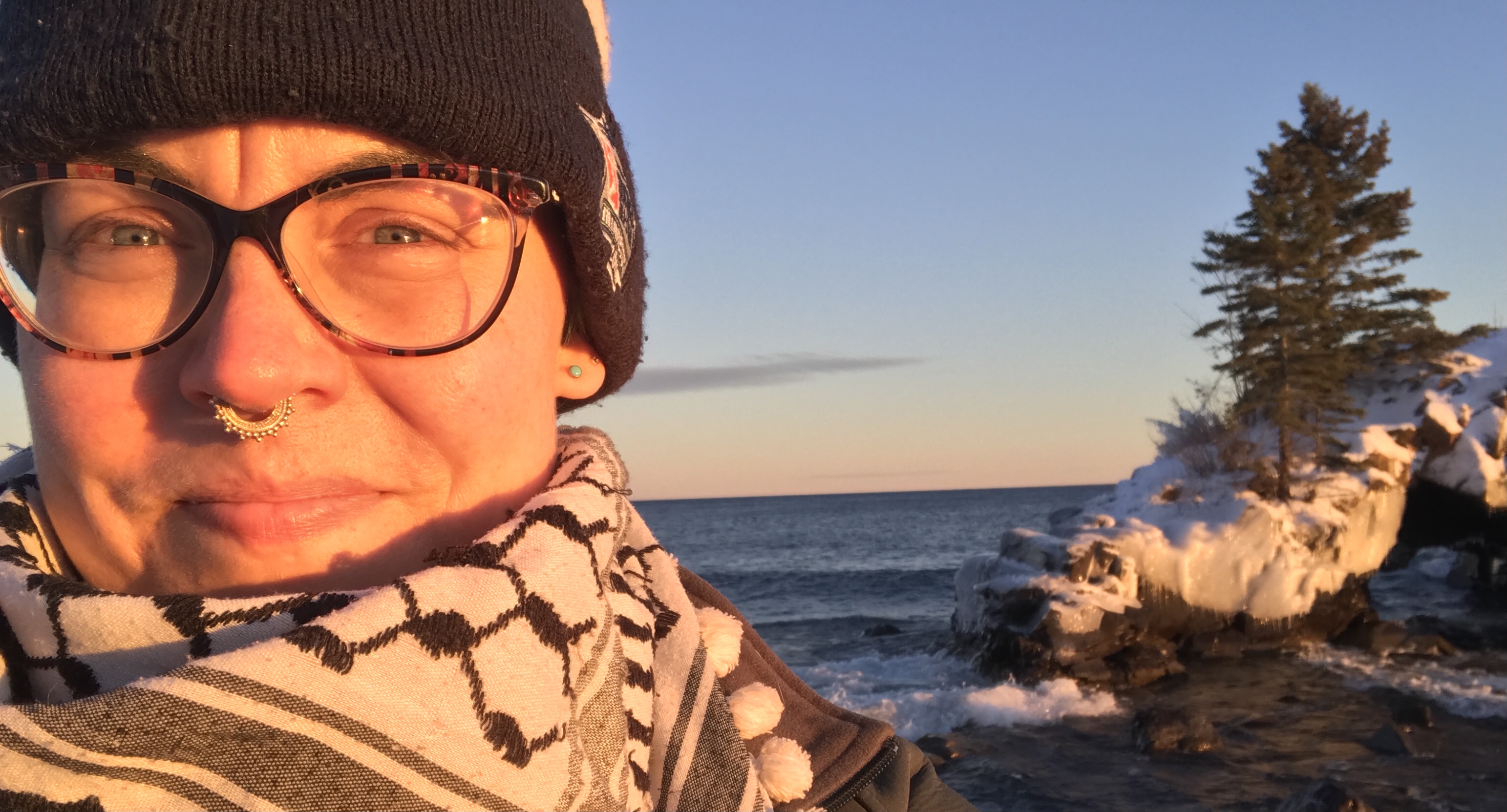 Good day, Southwest neighbors. As I begin my adventure as founding editor of Southwest Voices I want to share more about who I am and what I will bring to this community.

The short of it

I value being a good neighbor, learning, justice, caring for our community, uplifting children and listening to the experiences of others.

I am a renter. I have lived in Uptown, Ventura Village, Whittier, Willard-Hay, and now East Harriet.

Before I joined Southwest Voices, I was a media and communications professor and advised a student-run news organization at Anoka-Ramsey Community College.

I am in love with Minneapolis because of its bikeable streets, coffee shops, eclectic cultures, and vegan food spots. This love is often shattered by the continual injustices and inequities put upon far too many people in this city. As Daniel Tiger reminds me, “you can have two feelings at the same time.” Joy, pain. Happiness, heartbreak.

I identify as a queer, white lady with a complex class background. I have a blood and chosen family that I love dearly. I have three younger brothers, a mom, and a dad in my blood family. One of my brothers lives in the Wedge! I am very close with my chosen nephews, and their parents, who live in Kingfield. I am even closer to my two cats, Daniel and X who are litter mates and, yes, named after Mr. Rogers characters.

The long of it

My values in community and neighbor-knowing are partially rooted in my adoration of Fred Rogers. I watched him as a young child on PBS and even had a few of his vinyl records. I loved when his neighbors dropped by. He always made time for them. You may already know this, but Mr. Rogers’ mother once told him “always look for the helpers.” As an adult, I think that sentiment got me through two decades of war, mass shootings and police brutality. I am not a religious person but Mr. Rogers is the closest I have come to understanding the concept of a higher power. I often look to Mr. Rogers’ philosophies when I need guidance.

After a childhood living in the suburbs, it felt freeing to move to Riverwest, a small neighborhood in Milwaukee. Riverwest is sprinkled with crunchy hippies, a volunteer-run food co-op, young punks, bodegas, racial diversity (more than you see elsewhere in the heavily-segregated city), class diversity and so many bars that a friend and her girlfriend created a map of all the bars to visit in the neighborhood. The neighborhood is also deeply invested in itself. Riverwest residents have kept out corporations and unaffordable housing for decades. The neighborhood's inability to gentrify, despite all the tell-tale signs, signifies the commitment people have to maintain this community.

I don’t think it is a coincidence that the Minneapolis neighborhoods that I’ve found the greatest community in are those that outsiders may judge as “sketchy,” “dangerous,” or “I’d live everywhere but that neighborhood.” Blocks that are filled with people marginalized by the status quo have to look out for each other because no one else will. I also think these neighbors are privy to an almost secret joy: knowing your neighbors is a wonderful feeling. Supporting your neighbors feels even better.

Ok, so I clearly love the concept of neighborhoods and community but what about my professional background? Do I even know how to write a news story? Never fear, my education background is here.

I attended university in both Milwaukee and Minneapolis. Media and journalism have always been at the forefront of my education.

Twenty years ago I walked into the University of Wisconsin-Milwaukee’s journalism department and declared myself a print journalism major. I was taught by journalists at the Journal-Sentinel, Milwaukee’s legacy newspaper (sadly now owned by USA Today). As a young, fervent anti-war and animal rights activist, I quickly became uninspired by a future at a traditional newspaper. I became mesmerized by the critical thinking skills I got to flex in media studies classes. Instead of becoming the media, I started studying it. Despite my cynicism in print journalism, I taught undergraduate classes in media writing during my time in the master’s program in journalism and mass communication.

In 2009, I moved to Minneapolis to join the communication studies doctoral program at the University of Minnesota-Twin Cities. My doctoral degree culminated in my dissertation-turned-book, “Bike Lanes are White Lanes,” which affirmed my dedication to and interest in community building, neighborhoods and people-powered action.

My love of community and media intersected when I accepted an instructor position at Anoka-Ramsey Community College in 2014. The position included teaching media writing and advising the student-run news organization, The Campus Eye. It was here that I developed skills in running a newsroom with community members, not journalists. No one had experience in journalism and I didn’t expect anyone to know the first thing about writing a story. My job was to teach them. Within weeks, staff members were publishing stories online and winning regional student journalism awards. Community college students are typically around for two years so I was continually training new staff and developing returning staff into editors.

The Campus Eye staff produces news that matters to them, in the formats that best serve their community. I bristle whenever someone refers to The Campus Eye as a newspaper because it is so much more than that. The staff develops news for its website and social media platforms. Staff, curious about audio production, produce The Campus Ear podcast. I also guided reporters through numerous investigative pieces as they expressed both excitement and concern over what they were uncovering.

I am eager to apply my community-centered ethos as founding editor of Southwest Voices. It is fitting to be a part of a news organization that privileges our neighbors’ experiences, knowledge and ideas. Thank you for putting your trust in the Southwest Voices team. We appreciate your engagement and input more than you may know. We are 143 percent stoked to be on this journey and have many, many ideas to activate over the next year.

Mr. Rogers said a neighbor is anyone he was with at the present moment. Thank you, neighbor, for reading this and welcoming me into the Southwest Voices community.