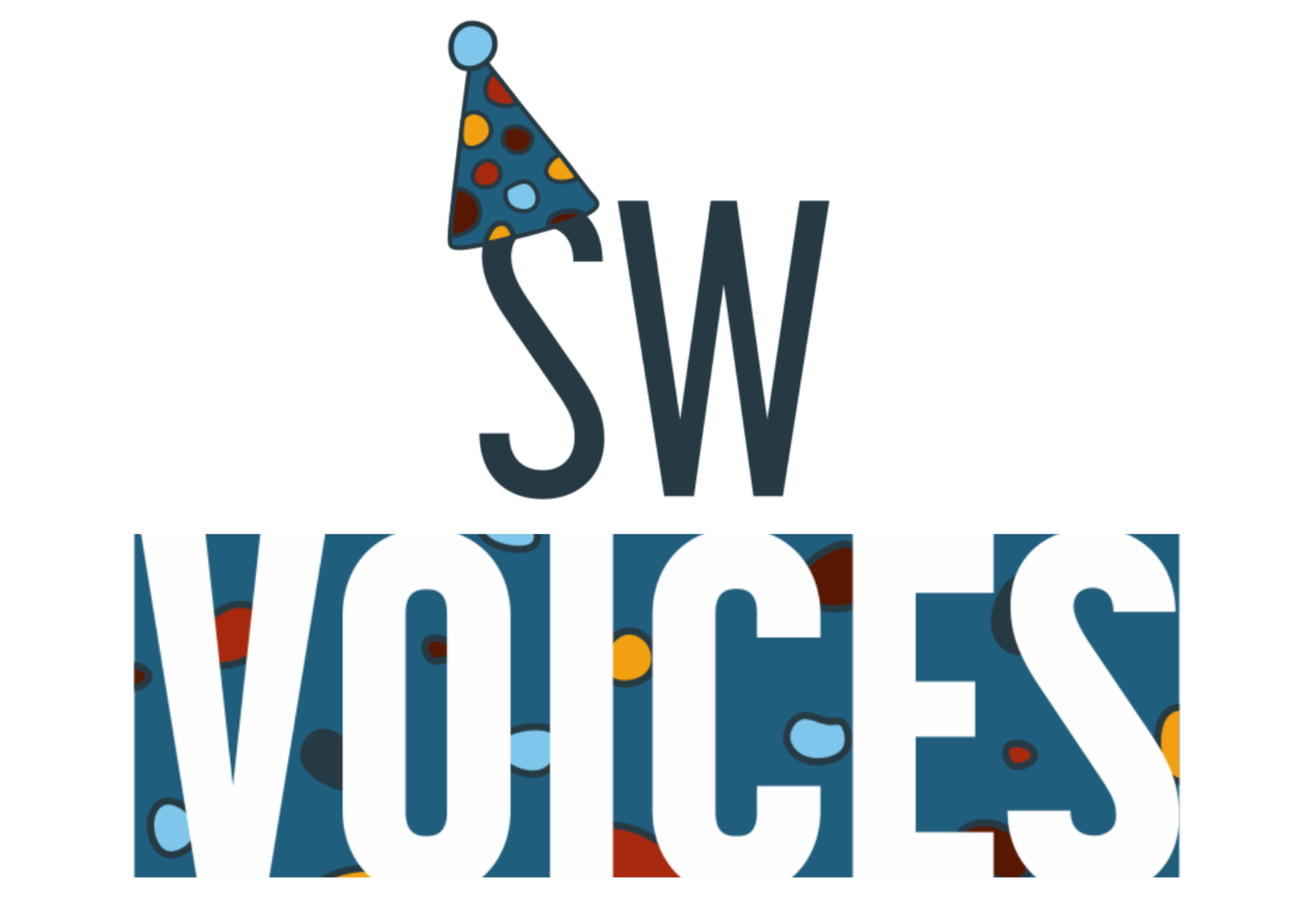 Happy birthday to us!

We have been reporting news from (and for!) the Southwest quadrant of Minneapolis for a year now. I asked Southwest Voices team members to tell me about their top three Southwest Voices stories. Perhaps the story had an impact in our community or the writer’s personal experiences made the story special for them. Perhaps there is an intriguing "behind the scenes" story or there are specific feelings the story evokes. Maybe they wrote the story, maybe they didn’t. For whatever the reasons are, here are Southwest Voices’ most memorable stories. If you have a favorite Voices story you’d like to share, be sure to leave us a message at the bottom of the page and we will publish your thoughts.

This is one of my favorite stories because I sent it to countless people in the week before the primary. It’s so hard for voters to find information about local candidates, and it can be super discouraging for people who don’t have the time or resources to dig for candidate views. Making educated decisions on ballots is one of the key purposes of journalism, and this voter guide fulfills that purpose.

I loved writing this story because I learned a ton while reporting it. It’s another one that I’ve sent to several people, because most of my friends are young Minneapolis renters and as I wrote in the story, nobody teaches you how to rent. There were so many times during this interview when I veered off the intended line of questioning to ask about personal experiences I’ve had while renting, because I didn’t even know that my former landlord was violating my rights and that small claims court is so accessible. This is a story I wish I’d read before signing my first lease.

Boiler Room is Back

This story was personal for me, because Boiler Room is the Stevens Square-Loring Heights coffee shop where I met Denny, the regular who I wrote about for Racket. Melody and Charlie from Southwest Voices read my story in Racket before randomly running into me (and Denny) at Boiler Room, kickstarting my freelance gig with the publication. I was devastated to see the coffee shop close in June, and then delighted to see this article announce its rebirth in September.

You can read all of Anna’s Southwest Voices work here.

"We have a golden opportunity right now as to how we build back our law enforcement system." An Interview with Ward 13 Council Member Linea Palmisano

Palmisano doesn't give many interviews, and when I have heard her speak to groups, she's often very guarded and chooses her words carefully. For whatever reason- and I have my theories- she drops her guard here. Her answers are revealing. I appreciate that Charlie gave her the space, and kept her comfortable enough to keep talking. So often, readers get sound bites, or carefully crafted talking points from elected officials. This is just the opposite. I wasn't sure what to think of SWV when it started. And when I read this, I thought, "oh, this is going to be good for Minneapolis."

I wrote this one. I know that my original budget piece gets all the clicks, but I feel like this article really builds on that work, it includes interviews with school board members, and it included some shoe-leather reporting work- going to Davis Center, sitting through the meeting. I like to think I am able to explain something sort of dry and technical, like budget numbers, in a way that readers can understand how they impact students, schools, educators and the district. And I think this is an example of that.

I like this article because it is the sort of very niche content that readers will only get from a local outlet that really understands the area. I also appreciate that while personally I think the concerns about 5G are a little "out there" Melody took the protesters seriously, presented their voice, shared the factual information, and reached out to the city and MPD for more information. It lacks any of the snark I felt in myself when I first read the headline.

You can read all of Melissa’s stories here.

I felt like a true City Council beat reporter writing this story. There was a lot of tension in the air as this meeting unfolded. I watched people cycle in and out of an always-at-capacity City Council chamber. I observed a forgotten iced coffee melt into a lighter brown as it sat in the overflow room. I took a lot of care in writing this story because I wanted to get it right. People were sharing some intense emotions around racism and worker exploitation and it was important for me to reflect what was shared at the meeting without sensationalizing it. After the article was published, I received direct feedback from people involved in the story which was energizing after a fairly exhaustive reporting process.

I remember editing this story at Espresso Coffee on our Stevens Square-Loring Heights listening tour (yes I know Espresso Cafe is on the Whittier side of Nicollet). I was sitting across from Charlie, reading the most intricate economics article I’d ever read about a school district. I was working with Melissa on how to make the information easier to understand and we spent hours upon hours working through each paragraph. At the coffee shop, I was showing the almost-final version to Charlie, pointing out all the intricacies Melissa brought into the story. We were both overwhelmed by the information and eager to share it with the public. It was a different style of journalism than I typically edit and that challenge alone makes this one of my favorites.

A classic Southwest Voices story. It was one of those stories that solidified who we were. A reader asked us what was going on at the Malt Shop on 50th Street. I assigned Anna the story and she uncovered not only what the plan for the space was, but also the incredible history behind the original Malt Shop. We ended up updating the story with its reopening date, but the original story began with Malt Shop’s history and ended with its future. As a weird journalism bonus experience, Anna and I visited the new Malt Shop when it opened.

You can read all of Melody’s stories here.

Charlie, our co-founder and spreadsheet manager

This is the third most widely read piece in Southwest Voices history. Because we don't monetize our site traffic (which incentives news organizations to chase clicks instead of providing a public service and building a relationship), we see which stories drive the most newsletter sign-ups and memberships. By those two metrics, this piece was an abject failure. But why is a really cool story. In the two days before the August 9 primary election, this piece exploded in popularity. We got thousands of visits from people across the metro area, most of which were from people tuning in on their mobile devices, either before going to vote or waiting in line at the polling place. We filled people in on essential policies that these candidates supported, in the moment when they needed the information, and at no material benefit to ourselves. Pretty cool (no sarcasm).

A blockbuster report on gun violence in Minneapolis

This data we passed along about gun violence in Minneapolis. This wasn't the result of a big investigative effort (though we hope to do more of those as we grow), but simply passing along data from a public meeting. We pulled info from slides that got presented to the City Council that showed how many guns are brought into the city, that more than 200 guns have been stolen this year alone in Minneapolis, and that charted how lax gun laws across the country have driven some of the uptick in gun violence in the city itself. Pay attention to public meetings, pass along information, and give people the information they need to help push for change.

First of all, Melody was able to highlight the incredible folks from the Futsal Society, who are creating amazing community resources with the organization that they're building. Second, it talked about youth engagement and enrichment, particularly focused on the parks system, that often gets left out of the discourse of how we talk about kids in our community. And third, she was able to highlight a public program, park dedication fees, that was tapped to help build infrastructure for this great organization. We have tried to shine a light on good people creating beautiful things whenever we can, and this was one of the best examples of what we can all do together when we're all moving in the same direction.

You can read all of Charlie’s stories here. 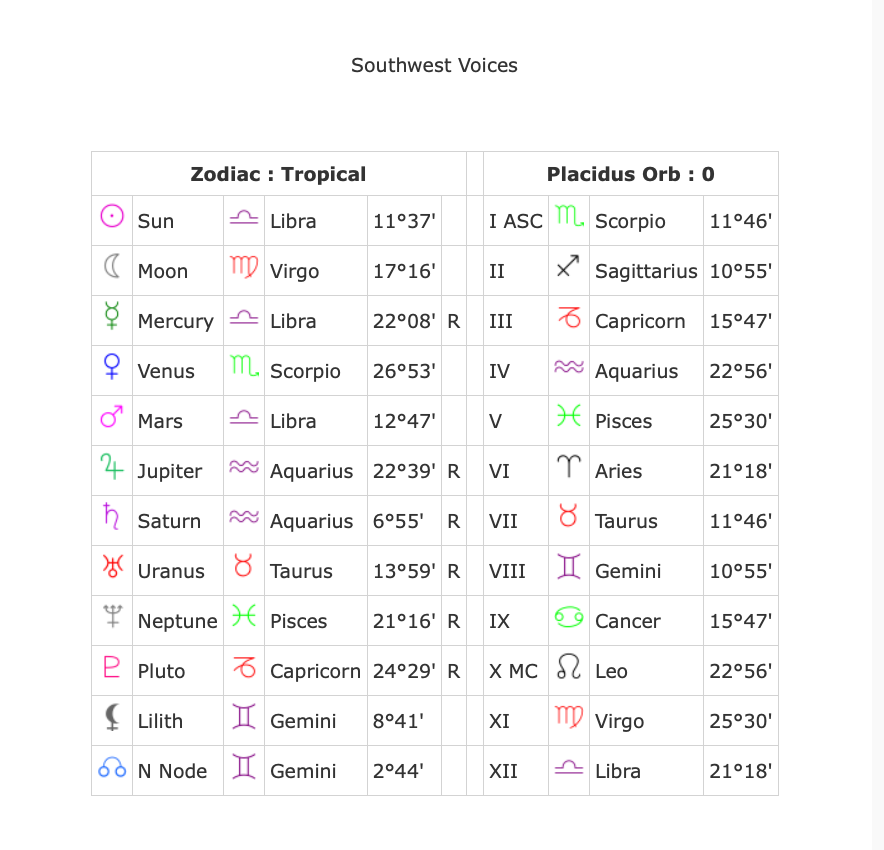